Can we stop the nonsense of calling the Ben Simmons off hand shooting a "conspiracy theory"?

I've covered this before in Simmons wrong handed shooting and Talk to the Hand Ben. (UPDATE POST IN THE ATTIC)

But if you like tin foil hat conspiracy theories I do have one to toss out. What if Ben's forced left handed dominance over the right hand is making him a forced ambidextrous player and actually damaging his shooting skill overall?

At this point in his career there are tons of indicators that Ben is right handed and is shooting jump shots and free throws with his natural offhand. Ben himself said he was "probably supposed to be right handed". JJ Redick has talked to him about it. Coach Brett Brown and others have discussed it. On the other hand Ben at this point is totally resistant to changing hands by all reports including his twitter where he last laughed it off when it was suggested he might change it in the offseason ala a Tristan Thompson.

While it might seem absurd to think a player who has made it to the NBA has been shooting with the wrong hand all this time, this wouldn't be the first time it has happened. Cavaliers center Tristan Thompson switched his shooting hand from right to left in 2013 .

Simmons showed in his first healthy NBA season the potential to be a generational talent. It's amazing to think he could hit another level by switching shooting hands.

Ben said his father made him develop a great left hand by forcing him to shoot and dribble only left handed and now he thinks its 'just natural'.

Problem is it will never be natural even though he's amazingly good with it but there's a reason a guy playing basketball all his life is such a poor shooter. Ben can shoot in practice but in games he epic fails when speed and pressure forces actions to be taken more on instinct than with a lot of thinking.

As O’Connor mentioned, it’s not that Simmons is unaware of this bizarre predicament. He once told reporters he thought he was "supposed to be" right-handed but his father made him shoot and dribble with his left hand.

In a profile on the Australian-born star, Simmons even caught a flying bug using his right hand. During one team workout, he hit an incredible full-court shot with his right hand. In fact, former NBA player Jalen Rose believes Simmons will eventually switch away from being a lefty. Even though Simmons and coach Brett Brown have discussed this idea as a solution, Derek Bodner reminds us that it’s not easy to change over ten years worth of habits (via The Athletic):

Then to top it off his mother contributed by making him eat with his fork in the left hand and his knife in the right hand.
With both parents insisting that he do certain things with a certain hand, Ben seems to be genuinely conflicted.

Ben Simmons’s mother taught him proper manners. "I eat with my left hand. Knife in my right," he says. "My mom would kill me if I had the fork in my right hand."

Perhaps his mother’s insistence that he use his left hand to hold his fork is the reason why every single one of the 68 jump shots Simmons attempted outside the paint heading into Tuesday night’s game against the Washington Wizards was released with his left hand. Perhaps being forced to hold a knife with his right hand is why nearly all of the shots Simmons attempted inside the paint was released with his right hand. Simmons doesn’t really know.

In my mind, the only reasonable explanation for being as reluctant and poor a shooter in games after playing so much basketball all your life and even practicing so much over his basketball life has to be off handed shooted, unless Ben like Markelle has TOS. Like Fultz, Ben seems to know he's not comfortable shooting outside therefore he just doesn't take the shots.

We now know why Fultz wasn't comfortable, but why isn't Ben feeling it?

So if we're going to have a conspiracy theory let's at least back it up with some decent theory and evidence.

Roughly 90% of people are Right Handed and 9% Left Handed leaving only 1% or so as naturally mix-handed or ambidextrous to one degree or the other.

About 90 percent of people are right-handed, says Corballis. The remaining 10 percent are either left-handed or some degree of ambidextrous, though people with "true" ambidexterity—i.e., no dominant hand at all—only make up about 1 percent of the population.

Ben Simmons says himself he was probably supposed to right handed, i.e. born naturally right handed. There is a history of parents training and forcing their kids to become ambidextrous by forcing the use of the offhand and Ben appears to be one of those kids. Parents of course mean well, determined to give their kids every possible advantage which makes even more sense in a sport like basketball. Driving to the hoop, having both hands skillful is a big advantage. Yes, using both hands is great in basketball but NOBODY uses both hands for jump shots or free throws. It just doesn't make sense. You don't get an advantage. You just need best possible accuracy in those cases.

Is Ben actually hurting his skill level by going against his natural hand dominance?

Looking at Ben Simmons high school shooting, does it appear that Ben's left hand shot may actually be getting worse as time goes on even though he's practicing more and more? That would seem very odd.

Hmm, that's a very nice looking left hand shooting stroke. Looks much better the the one Ben seems to be working hard on improving now. Why would that be?

According to Ben's High School coach Kevin Boyle of Montverde Academy, something has definitely changed and it changed in a bad way.

Statistically it's a fact that his outside shooting has declined from his high school shooting days where he actually shot some 3 pointers to where his shooting is now, where he is doesn't want to shoot them at all.

Specifically, the coach stated the Sixers guard had a jumper until someone "changed his mechanics."

"I talked to Kevin Boyle, his coach from Monteverde Academy … He’s coached everybody, including Ben Simmons, and he swears to me, Ben Simmons could shoot at one time and that something changed and somebody changed his mechanics, and it sent him on this spiral that he’s on. Because now it’s all mental, people talk about Markelle Fultz, this isn’t really that much different." MacMullen said.

Whoa! Ben's coach compares his shooting problem to that of Markelle Fultz!

it’s unknown who may have tweaked Simmons’ form and when it happened. One thing we do know is that the Sixers All-Star did attempt 3-pointers during high school, at least during his senior season, according to Max Preps.

While there are no 3-point attempts listed for his junior year at Montverde Academy (the stats appear to be partial), they list Simmons having attempted 51 shots from beyond the arc as a senior. Of those attempts, he made 15, good for roughly 29.4 percent. With that said, Max Preps also has Simmons’ field goal percentage during his final high school season right around 71.0 percent and a free throw mark of 68.0 percent.

That makes Ben Simmons on small sample size almost a 30% 3 point shooter in high school and a 70% free throw shooter! I think the Sixers would take those numbers today.

So now Ben's coach thinks someone changed his shot! Well I doubt seriously that Ben Simmons also has TOS but could there be a brain function relationship, affecting his shooting stroke?

Why training yourself to be ambidextrous is a bad idea

Teaching, or even forcing, people to become ambidextrous is a practice that has been around for centuries. Some even claim that learned "cross dominance" can improve brain function. But as the science shows, not only is this not true, it may actually harm our neural development.

Indeed, it wasn't too long ago that many parents forced their children to use their non dominant hands. My own father, who is naturally left-handed, remembers being a child and having his "wrong" hand slapped whenever he reached for a fork or pencil. Eventually, he learned to use his right hand quite proficiently, but at the cost of his left-handedness.

Now with my Tin foil hat firmly in place I can ask is it possible that Ben could be reducing is effectiveness with his natural right hand getting ignored in favor of the left? Is his brain looking at his usage patterns so its actually messing with his own natural cognitive talent?

In other words, maybe Ben would be a great shooting talent if he were shooting with his God-given dominant hand.

Given that handedness is apparent early in life and the vast majority of people are right-handed, we are almost certainly dextral by nature.

Recent evidence even associated being ambidextrous from birth with developmental problems, including reading disability and stuttering. A study of 11-year-olds in England showed that those who are naturally ambidextrous are slightly more prone to academic difficulties than either left- or right-handers.

Research in Sweden found ambidextrous children to be at a greater risk for developmental conditions such as attention-deficit hyperactivity disorder.

Another study, which my colleagues and I conducted, revealed that ambidextrous children and adults both performed worse than left- or right-handers on a range of skills, especially in math, memory retrieval and logical reasoning.

So there could be science behind Ben Simmons shooting problems which don't seem to be getting better despite clear evidence that he has practiced and worked on his shot in his offseasons.

Ok, I'll admit this is tin foil conspiracy-ish for sure, but that doesn't mean its all wrong either.
Maybe its nature over nurture. Ben pushing against the grain might be diminishing a natural basketball talent that should include the ability to shoot as well as all the other things Simmons can do at such an elite level on a basketball court.

Corballis says the two hemispheres of the brain are not interchangeable, and that they're used for different processes and tasks. "These asymmetries probably evolved to allow the two sides of the brain to specialize," he says. "To attempt to undo or tamper with this efficient setup may invite psychological problems."

It's okay to train your nondominant hand to be more proficient, he says, just don't do it at the expense of your dominant one.

Looking at Tristan Thompson stats though, despite a general dip in general for a couple of seasons he looks to be solidly better overall in his percentages compared to pre-switch. As a comp for Ben’s potential switch, its definitely positive improvement and Ben as guard would be impacted much more. Tristan is not a 3 point shooter so for him an uptick in free throw and field goal is nice but for Ben it would be game changing. 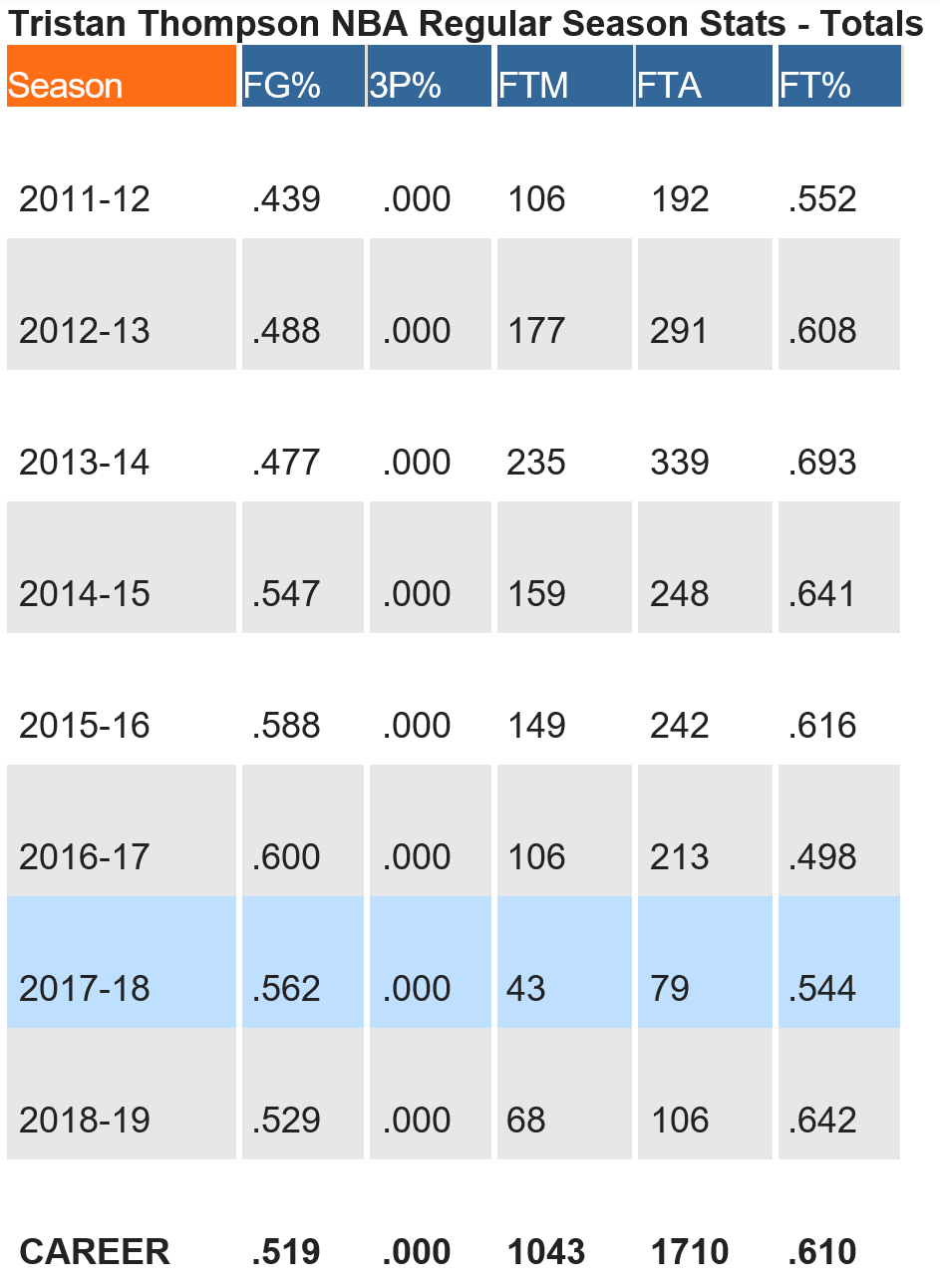 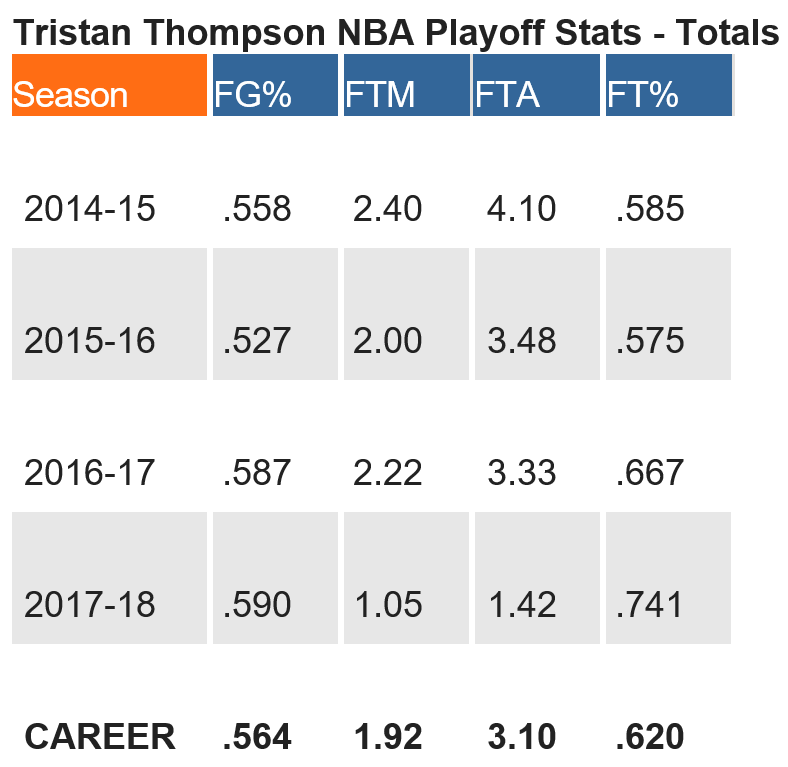 Is there a chance?