I'm usually staunchly against having pet prospects. This guy, who you've most likely never heard of, is an exception.

Last summer, the USA U-19 basketball team steamrolled their way through the World Championships, winning all nine of their games by an average of 39.5 points. Even by USA Basketball's lofty standards, this was an absolutely loaded group: Marcus Smart, Montrezl Harrell, Aaron Gordon, Jarnell Stokes, Elfrid Payton, Rasheed Sulaimon, and Jahlil Okafor are some of the players Billy Donovan had at his disposal.

Yet even with such overwhelming talent across the board, I didn't feel like the Americans had the best player on the court during their 82-68 victory over Serbia in the title game.

That completely subjective honor belonged to 6-foot-6 Serbian point guard Vasilije Micic, who was joined on the All-Tournament Team by Gordon (MVP), Okafor, Dante Exum, and Dario Saric. Pretty good company to find yourself in, I'd say. For the full tournament, Micic averaged 12.9 points (51.7 2P%, 37.9 3P%), 4.8 assists (though 4.0 turnovers as well), 3.8 rebounds and 1.8 steals per game while leading his team to a 7-2 record and second-place finish.

The composed manner in which Micic ran the Serbian offense against the uber-athletic American defense (10 assists, 4 turnovers) certainly stood out. At his best, the current KK Mega Vizura guard is running the high pick-and-roll and surrounded by three-point shooting. No word on whether Micic hit up Tuscany after the adidas EuroCamp in Treviso, but ESPN's Fran Fraschilla inspired a nickname that will hopefully stick: The Maestro.

At both ends of the floor, Micic possesses the natural ability to read what the other nine players are doing and quickly decide how to create an advantage for his team. In simpler terms, he has a great basketball IQ.

A below-average athlete, Micic uses his large frame and ball-handling ability to create passing lanes. Always dribbling with his eyes up, he can make the necessary reads to dissect a defense while operating out of the pick-and-roll. Hard trap to force the ball out his hands? Quick shovel pass to the roll man. Weak-side help crashes down to stop the open roll man? Skip pass to the opposite corner. Defender fights over the screen? Get into the lane and force help from the back line. 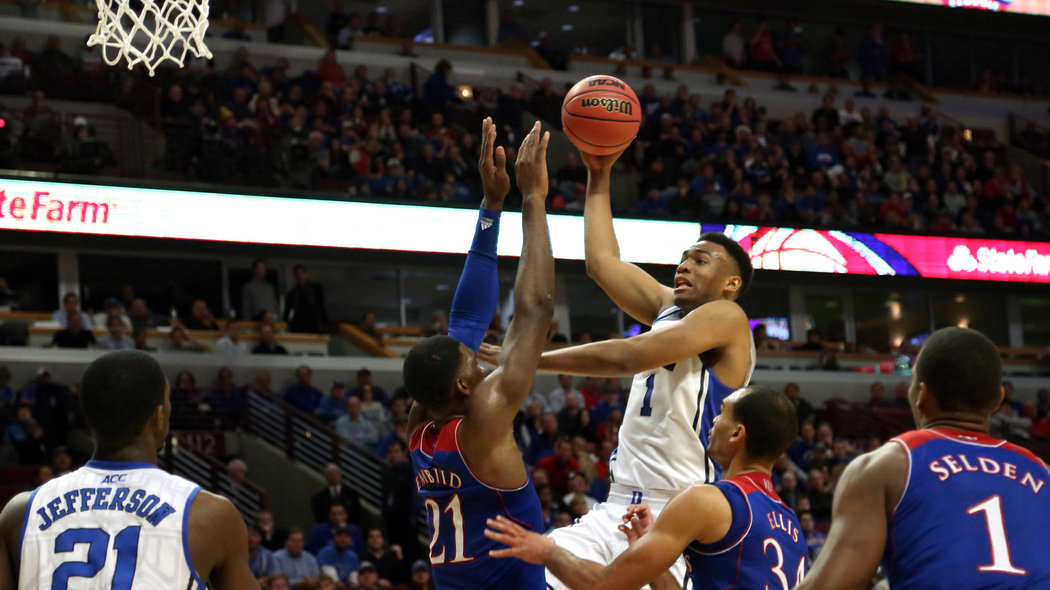 Hopefully, this pans out differently in reality.

Micic is also a smart help defender who can be an asset on the team level. If the Adriatic League had the SportVu cameras that track a player's positioning away from the ball, I suspect (though it's only a guess) Micic would grade relatively well.

All of this pimping aside, and to this point I've pretty much channeled the Bishop Don Magic Juan, there are legitimate reasons why Micic is only projected as either a late first-round or second-round pick. His lack of lateral quickness will always be a hindrance in one-on-one defense, for example. That's a major reason why he's not rated higher.

There are offensive concerns, as well. While the form on Micic's jumper is good, the results are inconsistent. In fact, his three-point shooting somehow regressed from 38.4 percent in 2012-13 to 30.4 this past season. He's also prone to making careless turnovers, a penchant that's holding him back as a playmaker.

Even though Micic has legitimate weaknesses that place a limit on his ceiling, Sam Hinkie should strongly consider utilizing his arsenal of second-round picks to select him. He possesses the type of strengths that can help swing games for five to seven minutes at a time, a short enough period where his weaknesses won't get exposed to a harmful extent.

Pablo Prigioni strikes me as a decent NBA comparison for Micic. Prigs consistently improved the New York Knicks this year when he came off the bench, mostly by simply moving the ball on offense and playing with effort on defense. Even though their playing styles are somewhat different, I believe that Micic can eventually impact NBA games in a similar fashion. Also, unlike Prigioni, Micic's best basketball will be ahead of him upon entering the league.

According to most reports, Micic will be a great chemistry guy. In the DX interview from last week's EuroCamp that is posted below, the 20-year-old admits that one or two more years in Europe would help him prepare for the rigors of the NBA. Still, he minces no words when saying that playing in the league is "his dream."

The Sixers should draft Micic and instruct him to get stronger, work on his athleticism, and tighten up the screws on his jumper in Europe. That way, they'd be getting an exciting and polished young player to run the second unit in a few years. Or tell him to come to the NBA right away and do all of that stuff over here. Just get me The Maestro, Hinkie.