UPDATE: DISREGARD THIS ONE. IT TURNED OUT TO BE ONE BIG OL' REVERSE JINX.

Share All sharing options for: 7 Days Till Sixers: Promoting Change

The NBA's Board of Governors will convene in Manhattan today, and one of the things that this extremely wealthy group of people will do is vote on a proposal to update the draft lottery odds. Derek spelled out the full deets a few days ago, but in a nutshell, the teams with the worst records will fork over a decent amount of their ping-pong balls to the rest of the lottery.

And, in case you haven't heard (you totally have, but humor me), the subject matter of this very site is completely responsible for the change. Despite some late political intrigue hinted at by Grantland's Zach Lowe, signs point to the proposal receiving the necessary 23 votes to pass.

Two teams beyond the PHI/OKC/MIL block considering last-minute switch out of the "yes" column on lottery reform, per league sources.

The "no" block needs 8 total no-votes/abstentions to block the league's proposed reform. Could be some lobbying drama tomorrow.

Yahoo Sports' Adrian Wojnarowski wrote a thought-provoking piece on how some of the league's decision makers - notably Oklahoma City general manager Sam Presti - view the lottery reform as a potential strike against small markets. While I am unsure of that ultimately being the case (the Lakers, for example, are about to prove that the largest of markets can stink to high heaven in today's NBA), the draft is the main mechanism that allows small market teams to attract top talent.

Basically, if the Lakers totally strike out in the lottery and fall from the second-best odds to the ninth pick, they're still a major factor in July as long as their books aren't bogged down. If the same happens to the Jazz, well, good luck luring the best free agents to Salt Lake City. Presti's concerns aren't the be-all, end-all to this discussion, but they're certainly logical.

Of course, the impetus for the reform, our beloved Philadelphia 76ers, has very little to do with market size. In the league's fourth-largest market although admittedly not a top-flight destination, general manager Sam Hinkie and principal owner Joshua Harris are overseeing an unprecedented rebuilding effort. If that is one way of describing the situation, let's try another: The rest of the league feels about the Sixers roughly the way Nick Dunne does about Amazing Amy. 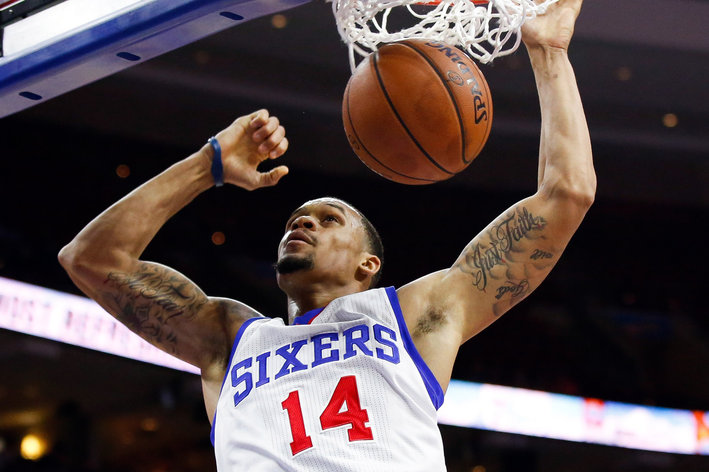 The hub for all of Derek Bodner's coverage

The vote is a referendum on the Sixers sporting a barren roster for a second consecutive season, and if we're being completely honest, it's total bullshit. If the owners truly believe that one talent-bereft team kills the overall product, they certainly have the right to change the rules. In the interest of the morality test that the Sixers are apparently failing, though, can we at least note the hypocrisy of this major change's timing? The proposal was submitted weeks after this year's draft took place as free agency was well underway. Again, this is total bullshit.

After reading the words "sympathetic GM" in Woj's column (although to be fair, it was directed toward Presti), it's tough not to wonder if a vote consisting of primary decision makers could produce a different outcome. Some general managers are jealous of Hinkie's job security, but would eight of them prove unwilling to deal with the reform's consequences? Alas, this is the owners' call*.

*I'm genuinely curious if Harris gets completely shunned at these meetings, sort of like how the New Day Co-Op viewed Marlo Stanfield. Are the other owners at least cordial? Does he have to eat alone at lunch?

If the proposed reform passes as expected, you shouldn't expect the Sixers' plans to drastically change. They'll be patient with Michael Carter-Williams and Joel Embiid's injuries, try to develop the likes of Nerlens Noel, Hollis Thompson and Tony Wroten, and find themselves in the thick of contention for the league's worst record. In May, they'll hopefully send Doctor J back to the lottery, this time equipped with odds that will really make his head spin. Wherever their pick falls, they'll probably continue to build through the draft. Business as usual. 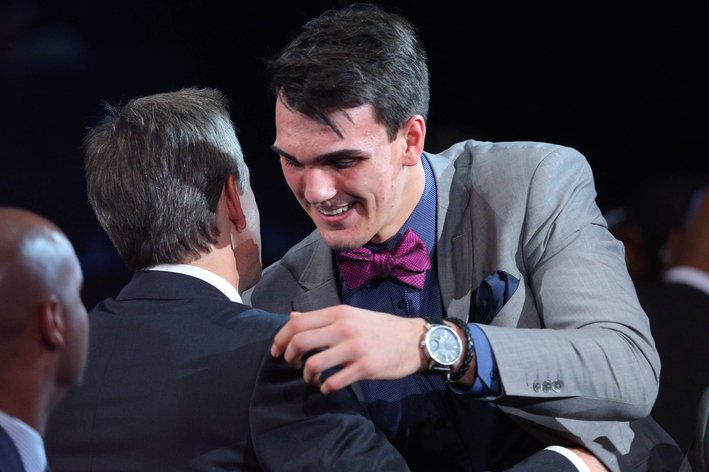 Ironically, it's not difficult to imagine a scenario in which the revamped lottery odds actually benefit the Sixers in the long run. In the next few years, potentially armed with Carter-Williams, Embiid, Noel, Dario Saric, another lottery pick, and a boatload of cap space, the hope is that the team will make gradual improvements toward the middle and back end of the lottery. You know, where the odds of landing a top pick just got a lot better.

Until then, anyone associated with the Sixers - players, coaches, front office, writers, fans, etc. - will continue to exist in a fishbowl as the rest of the NBA universe looks on with extreme curiosity. Some observers will project their personal beliefs onto the entire fan base from across the country. Plenty of people will be in it just for the jokes, which you really can't find fault with. Others will insist that Hinkie's plan won't ultimately work, even though nobody really knows how exactly The Great Rebuild is going to shake out.

One thing is for sure, though: In 2014, losing in peace is simply not an option. Kevin Loughery and Hal Greer could both shoot 39 percent in relative obscurity, but Casper Ware and Elliot Williams have to play on League Pass every night. I'd say nobody is watching, but that's simply not true. Look at the proposal that is getting voted on today.