There's a time and place to play armchair psychologist. This is not it.

With the Royce White trade comes a lot of misguided insensitivity, ignorance, and baseless hatred. Varying opinions about Royce the player are vast and obviously welcomed. He's going to have to learn how to shoot a jumper if he'll ever become a decent NBA player. It's when people project their own frustrations onto Royce the person when things get nasty.

I don't have anxiety. A few friends of mine do, but it's not something I have to deal with in my everyday life. So I defer to people who do deal with it. And everything I know and have read boils down to the fact that you simply cannot tell someone experiencing anxiety to "get over it." That's not how it works. There's no fun metaphor to use. There's no reasoning. Royce White will not "get over" his anxiety because you don't understand it or because he's a professional basketball player and things are expected of him.

This from our own Justin F.:

Working in the teaching profession, I have encountered kids with mental disabilities on an almost daily basis. It is easy to be cold and stern with them when they are misbehaving and ignore the underlying problem. It is harder to understand and help them. But that is what we must do with Royce White. We must understand him. We must acknowledge that he needs help. And we must understand that he experiences life in ways you and I could not even imagine.

Many people have criticized White over the past year. These people have claimed that the Rockets went above and beyond and White should have sucked it up and been satisfied with all they did. I will never pretend to know everything that went on between him and the Rockets, but it must be understood that White was not comfortable. His brain is different and what seems above and beyond for us is not enough for him. Instead of looking at White and asking him to act differently, we should look at ourselves and ask ourselves to act differently.

Well put. This is something that we have to be okay with not understanding what he and countless others are going through. He's not a "snake-oil salesman." He's a person with a disease. Has he handled it poorly? Sure. He wouldn't be here if he hadn't. And he should be held responsible for how he acts. But like Justin said, he wasn't comfortable and that was crippling for him.

Royce White is not a 'head case,' he has a mental illness 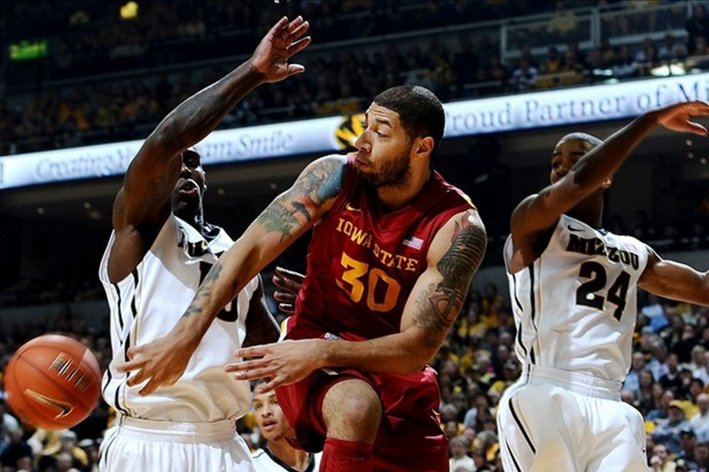 Last year, Mike Baumann wrote about Zach Greinke and Royce White for Crashburn Alley. It's a beautiful, thoughtful piece and I encourage you to read the whole thing, but for the sake of this blog post, I'll pull out the pertinent bits.

White’s case has since turned into a messy battle of he-said-she-said, but the public discussion around the issue has remained the same–that White can somehow just get over his problem.

And that insinuation, in the moment, made my blood fucking boil. It’s been a while since I’ve been legitimately vision-closing-in, heart racing, blood-run-cold angry about a sports story, but this one did it. And it’s an outgrowth of the same kind of ill-informed, Eisenhower-era, rub-some-dirt-on-it nonsense that tells us that Greinke "can’t handle the pressure" or "wouldn’t do well in a place like New York or Boston or Philly." The kind of nonsense that gets "head case" thrown around like it’s some kind of psychological term of art.

This is entirely speculation, but I can’t believe the current composition of coaches and analysts helps. Those ranks are filled largely not with professional administrators and experts, but professional athletes and people trained to get information from professional athletes. So when Royce White goes AWOL, or Zack Greinke goes on the 60-day DL to get therapy, we don’t hear from an M.D. who’s spent his adult life as a neurologist or a counselor. We hear from someone with a B.A. in journalism from Mizzou or Syracuse or Northwestern, or someone with 250 career home runs who looks good in pinstripes, either one of which has spent his adult life in a locker room, being washed over with a professional athletic culture that was had a barbaric conception of masculinity when it was created generations ago.

As tempting as it is to view athletes dispassionately as lines on a statistical or financial ledger, as we often do, sometimes they turn into what they are in real life: young men in their early-to-mid-20s who often have uncertain futures and have been trained from the cradle not to show any outward signs of weakness. And when that atmosphere contacts one of the 8-to-12 percent of Americans who will experience clinical depression at some point in their lives, or the 7-to-13 percent who will do the same with social anxiety disorder, the combination is toxic and dangerous.

I can speak intelligently on that situation I described above: dealing with depression as a guy in his early 20s, uncertain future, lifelong discouragement from seeking help. It’s not fun. Even in relatively mild cases, it’s hard to sleep, hard to deal with panic attacks that come without a pattern or warning. It’s hard to wake up in the morning and get out of bed, and when you do, it’s hard to come up with a reason to deal with the source of your anxiety.

And being told that asking for help is a sign of mental weakness, or brands you as a head case, or a complainer, or somehow defective is hardly a compelling incentive to get the medication or therapy you need, or to at least know what’s wrong with you so that, through your own awareness you can overcome it on your own. It’s a shame, too, because for many people, the difference between being able to function and considering taking one’s own life is a prescription, or an hour a week with a shrink, or at the very least, the support of friends and family. Just as with addiction, the stigma against mental illness makes life immeasurably harder on those who could be treated and saved with relatively little effort.

The worst part is that people who spout the "well just get over it" or "head case" lunacy, or even in some cases, just joke about it, are negatively impacting the lives of those around them. Because I guarantee that you know someone for whom depression and/or anxiety is a major struggle. It’s that common, and the gulf between treated and not cannot be overstated.

I can't say whether or not the Sixers and Royce White will find common ground and allow Royce to play in a comfortable environment in Philadelphia this season. I don't know if Royce will be good enough to stick in the NBA without a jumper.

But he deserves a shot and he should not be antagonized for being different. Don't wear your ignorance like a badge of honor. There are enough sad people in the world. Let's be better.