But there's an awful lot of upside.

Share All sharing options for: Royce White Trade: No Downside for Sixers

The Liberty Ballers staff is split on Royce White. I'm leading the charge of the Pro-Royce camp, because I love what he brings to the table and think his defensive and jumpshooting issues are correctable. Derek and Rich are more concerned about the jumper (non-existent, really) and defense (inconsistent) and the media circus and non-basketball issues that come along with the Royce White package.

Put the on-court issues aside for now. We'll discuss those later. The more pressing matter is whether or not he will actually play with the team. Royce has a crippling fear of flying that will cause him to, at the very least, miss lots of games. If Sam Hinkie and the Sixers can work around that, Royce can still be a contributing member to this team now and in the future.

According to Chris Towers of CBS, 58 of the Sixers' 82 games this season are within busing distance. The Sixers D-League team in Delaware is very close. There are agreements that can be made. It will all be about having an open discussion and ironing out what the procedure will be for Royce and the team. I suggested on Twitter that reaching out to Royce's Iowa State coach and Dave Rueter favorite Fred Hoiberg to join the staff may not be a bad idea. In fact, it could be savvy as hell. 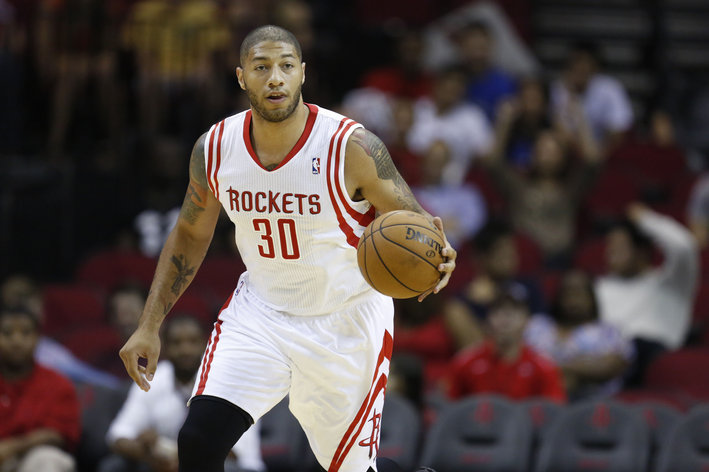 Nobody puts Sam Hinkie in a corner.

The Sixers have until October to decide if they want to pick up White's option for the 2014-15 season. If they decline, he's on a one-year deal and can walk away as a free agent at the end of the season. From a fundamental, contractual level, he helps the Sixers close in on the cap floor this season. If you'd like, pretend he's Antonio Daniels. He's just a body if you want him to be.

And maybe he and the Sixers work out the perfect arrangement. Take it for what it's worth, but it seems like Royce and former Rockets Assistant GM Sam Hinkie are on good terms:

"@TheRealTMont: @Highway_30 What is your relationship with Sam Hinkie?" GREAT GUY!

Point is: there's no franchise-related downside. There may be media annoyances we'll have to deal with, but I think after last year, we're well trained on how to do that. Simply put, there is zero chance that Royce White does anything to hurt this franchise in any way. The Sixers happily took him off Houston's hands. Throw away last year's statistics -- the Sixers have another lottery-level talent player on their roster at no risk.

And if you believe in a guy that pulled in stats like: 24.6 DREB%, 34.5% assist rate while putting up 29 reps on the bench press, then there's an awful lot of potential reward.