Michael Curry is Better Than He's Given Credit For

Nobody seems to want Michael Curry as the Sixers' next coach. That's fine, but don't think he isn't a very good young coach.

Share All sharing options for: Michael Curry is Better Than He's Given Credit For

We took a detailed look at Brett Brown’s background on Monday. Today, Michael Curry gets placed under the microscope.

In Philadelphia, Michael Curry isn’t generally perceived as a desirable option to fill the Sixers’ coaching vacancy. The combination of wholesale change at the executive level and the tumultuous nature of Doug Collins’ final season has many expecting similar turnover on the coaching staff. The common train of thought seems to go something like, "If we’re going to hit the reset button and start over, let’s not half-ass it."

Curry, of course, was Collins’ lead assistant for the last three years. He’s been present in Philadelphia for every long two-point jumper, emotion-filled press conference, Andrew Bynum health update, and so on. Yet Michael Curry isn’t Doug Collins, and it’s unfair to automatically declare him guilty by association.

A Closer Look at Brett Brown 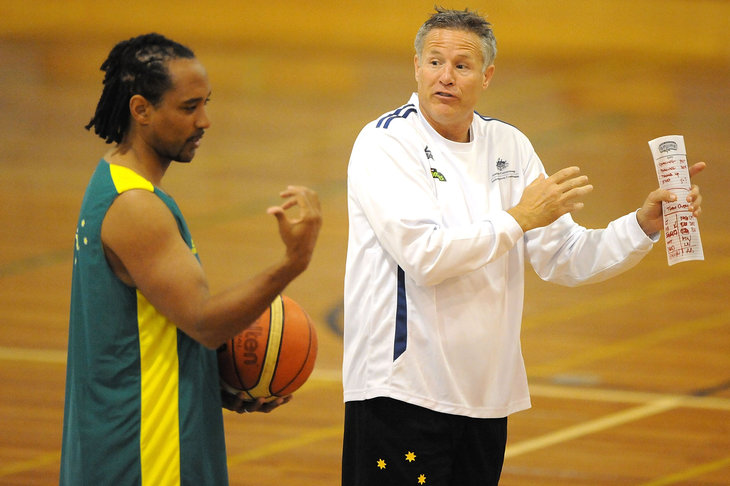 Actually, after you review his body of work, Curry possesses some very strong qualities. For example, to the best of our knowledge, he has done an excellent job for the past three seasons. As the Sixers’ de facto defensive coordinator, Curry’s teams finished 7th, 3rd, and 15th in defensive rating, despite not possessing elite or even high-level defensive talent in many areas (of course, small forward for the first two seasons would be the major exception).

Obviously, Curry’s schemes aren’t the sole reason that the Sixers have been successful defensively of recent. Other factors like individual defensive talent (Iguodala, Holiday, Brand and Young are all valuable defenders to varying degrees in their own ways), a conservative offense that eliminated turnovers, and continuity early in the lockout-shortened season all played a part.

Caveats aside, a top-seven defensive unit in which Spencer Hawes and Jodie Meeks play almost a combined 3800 minutes is nothing to sneeze at. A top-three defense with anyone is elite, and even keeping this year’s ragtag group at a league average pace is something. Sure, the ultra-conservative offense still existed, but with a ton of moving pieces and many of them being poor individual defenders, average feels like an overachievement. Whatever the knocks against Curry are, he can still head into a job interview with "Coached a league-average defense which included a decent amount of Swaggy P" as a bullet point on his résumé.

All that said, as an outsider it’s difficult to know exactly what Curry’s responsibilities were. He was credited for coordinating the team’s defense, but was he 100 percent responsible for its design? 80? How much of Collins’ input was utilized? How much value should be placed on the other assistants’ individual scouting reports? Point is, there are a lot of questions with answers that we’re not privy to.

By the same token, one of Curry’s biggest roadblocks to another head coaching gig is the Sixers’ horrible offense. From unimaginative design to poor execution, Collins and company weren’t able to maximize the talent they had, which admittedly wasn’t great. As I wrote back in December, "The Sixers' inability to score efficiently isn't what's so bothersome. It's their inability to even attempt to score at such a rate."

Curry may not have been responsible for the Sixers’ horrible offense (or maybe he was), but if I were interviewing him, it would be the subject of my first question. If he were unable to identify the flaws in the team’s offensive philosophy, unaware firing up all of those long deuces is equivalent to fighting a losing a battle, then Curry would be taken out of consideration. That would be that.

While I understand that offensive schemes seem inconsequential with the Sixers so far from contention, a large part of player development involves teaching rookies to play the proverbial "right way." A team like Sacramento has given DeMarcus Cousins all the playing time he needs to grow, and he has in some areas, but their coaching staff’s teaching ability has been lacking. This in turn has stunted Cousins’ progression thus far in his career.

That said, the major prerequisite for the Sixers’ next coach is patience. After examining some of his past and present relationships with players, Curry grades out well in this all-important category, even though at first he hit a few speed bumps. During his only year as head coach in Detroit, Curry frequently clashed with Rip Hamilton, and it was speculated to be a major reason why Pistons’ general manager Joe Dumars fired him after one season.

Since then, Hamilton treated Curry’s replacement even worse, and from the looks of it, his former coach seems to have gone the other way. After the excruciating season that the Sixers went through in 2012-13 – one in which it was apparent by February that Collins’ ouster would be mutually beneficial – there was the starting backcourt, singing the associate head coach’s praises.

What if the Sixers just don't hire a Head Coach? 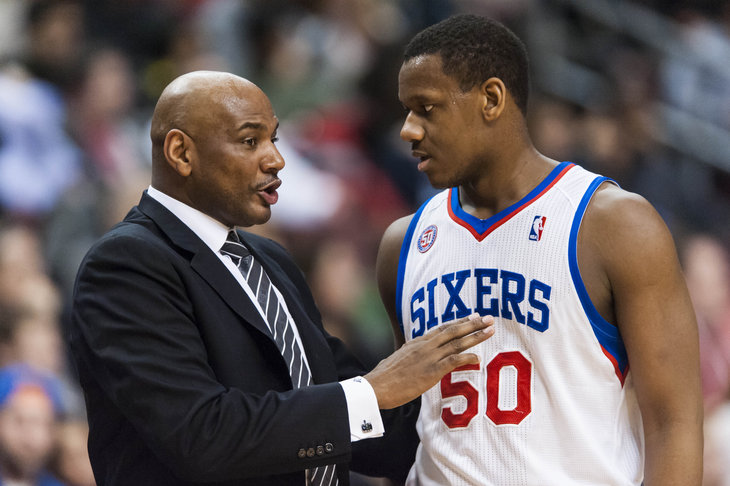 Jrue Holiday and Evan Turner offered public pronouncements of support for Curry. Considering the two young guards’ careers are at very different points, their support of Collins’ right-hand man is something to look into. If Curry can figure out a way to develop a strong rapport with players midway through his coaching career, especially young ones, can he possibly improve in other areas? In my opinion, that’s certainly a question worth examining.

Curry’s tension-filled season in Detroit plays into his perception problem. Because the Pistons struggled and were unceremoniously swept from the playoffs in the first round, one can easily view him as "a retread." But if you look closely at that season, the Pistons started 2-0 before Dumars traded point guard Chauncey Billups for what amounted to an expiring contract in Allen Iverson. On the floor that season, the drop-off from Billups to Iverson as Hamilton’s backcourt running mate was huge. Curry had to deal with that drop-off, and a veteran team not prepared to handle it. Billups ended up piloting Denver to a conference finals appearance.

In summer league, Curry seemed to be handling struggling rookie point guard Michael Carter-Williams with the appropriate level of patience. The next head coach will need to exhibit that type of patience on a team-wide basis next year, as the Sixers will almost assuredly stumble towards the top of the lottery. Is Curry, who would inherit a very different situation than the one he had in Detroit, best suited to properly handle a bottom-of-the-barrel roster? Maybe, which is why it’s a question worth answering.

Brett Brown, who we looked at on Monday, is a fine coaching candidate, and my personal number one choice. Just know that if Hinkie goes with Michael Curry, it’s not automatically a bad hire. Curry could be the perfect guy to coach what is going to be, at least initially, a very bad basketball team.