Which teams are trying to break bad the most? Liberty Ballers ranks the Sixers' biggest foes.

Heading into what looks to be the best draft in a decade, the Sixers look to be in prime position to do well. That entails being awful. And boy, do the Sixers have a bleak outlook for next year.

But we'll get to that later!

Before free agency began officially on July 1st, no one knew who exactly would be in position to tank for the 2014 Draft. Observers largely expected the Sixers to be in the group, due to their draft day trade for Nerlens Noel and a protected first round pick from the Pelicans. Some teams looked to continue rebuilding, and thus setting themselves up to tank, while others had to wait and see how they performed in free agency.

With free agency all but over - the remaining major free agents look to be re-signing with their own teams at some point - now's a good time to assess where the Sixers' competition stands. Here's your first Tanking Rankings, unofficially Battleship-themed because I apparently can't get my military forces right.

Destroyers, if they play their cards right, could be NBA playoff teams given the right circumstances. However, injuries and draft pick protection could launch them into premature tank mode if things go wrong enough early on. They are tanking long shots.

With a top-5 pick protection and an army of young stars, the Pelicans have well-founded playoff aspirations. However, if one or more of their young guns injure themselves early, the Pelicans may fight to keep their top 5 protected first rounder currently owned by your 76ers. Consider this, as well as all of the destroyers, to be highly unlikely tankers, and certainly not by offseason design.

Ziller: Rebuilding is not tanking 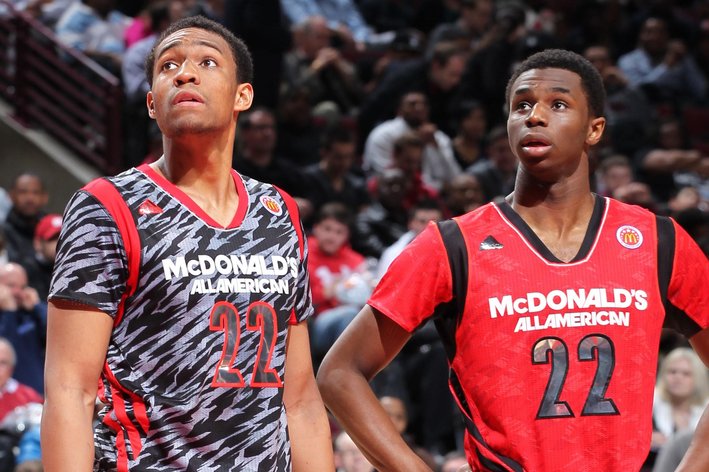 On the differences between the 2 terms and what "tanking" really means.

They don't want to tank, and if Kobe Bryant returns to the team or intends to return to the team, the team will go for wins or die trying at Kobe Bryant's hands. But if he has a setback and eventually is lost for the whole season?

The Pistons should be good enough to escape the bottom of the East, but the team owes a Top 8-protected pick to Charlotte. They might Golden State their way into the top 8 if they find themselves significantly behind during the season.

Consider submarines your lurkers - they don't necessarily want to tank, but they will embrace losing if they get off to a rough enough start.

Boston's tanking aspirations, to me, have been horribly exaggerated. Aside from not having anyone notable available to play the center position, the Celtics have a decent bunch of talent, especially if Rajon Rondo returns. The talent is mostly concentrated at the forward slots, and they have vets on big contracts competing with promising young players for playing time. I find it hard to believe they could lose as many games as the true bottom feeders.

Sacramento actually has a kind-of-decent team, but in a stacked Western conference with an undeveloped core, they could find themselves having a lot of talent but no record to show for it. Like the Celtics, the Kings have like 1,588 forwards to somehow play every night, but the talent is still there.

Utah's core 4 should all be starting next season, along with newbie point guard Trey Burke, making a fun team to watch develop but not one gunning for wins. Still, Gordon Hayward and Derrick Favors are already good players, and Favors could be great, and the rest of the cast isn't miserable. They're teetering on the edge of a full out tank, but their young guys may be too good to hold back.

The Bobcats signed Al Jefferson in an attempt to not-tank. That may fail, but that's not their intention. When the losses inevitably pile up, the Cats will probably decide to change course.

Here are your full-on, no regrets tankers, a fleet of sinking ships. There's almost no hope for next year, only that it goes by quickly, and the time pays off with a high draft pick. While development may be the goal, the losses are sure a part of that. In some cases, the teams might even be built to lose in 2013-14.

Could the Sixers Just Not Have a Coach? 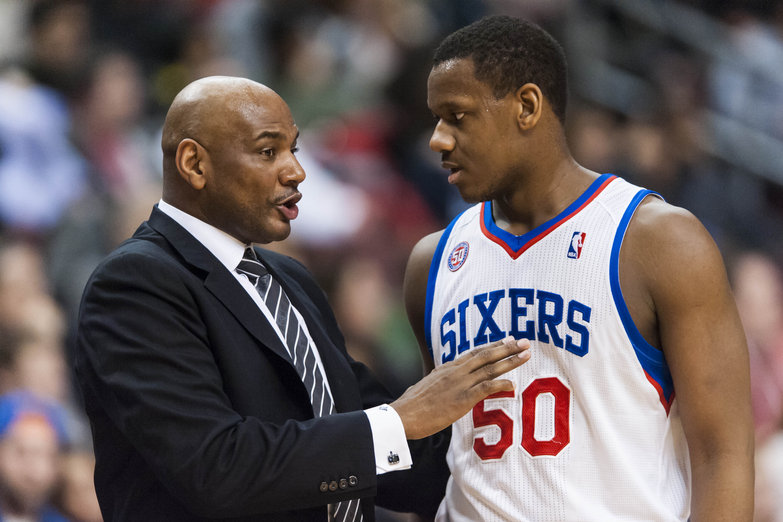 Levin looks at the results of a coach-less team. Adam Aron would be proud of the text options.

If you can't see the Sixers tanking efforts, you must not have realized that the team still hasn't hired a coach. Or signed a single free agent despite having about $15 million in cap room after signing their draft picks. Or made any indication that the short-term matters. The team is carefully constructed to be awful next season in the hopes of getting better soon. If there's any argument for a team built to lose, it's this one.

Then again, arguably a better indicator of a team's intentions is that Jason Maxiell equals the team's major free agent signing for the summer. They'll probably be the Sixers's biggest threat to the best lottery odds, as the team has no intention of improving their record this year.

Again, the Western Conference is superior to the East talent-wise, and that adjustment must be factored in when discussing rebuilders/tankers. Phoenix has some decent players, ones you can build something possibly decent around. They have more talent than either the Sixers or the Magic, but with a tougher slate of opponents and a younger squad with the potential to sell off veteran pieces later and get worse, they lurk as another big threat to our top lottery odds..