Share All sharing options for: L.A. Swaggydential: Nick Young Signs with the Lakers

The 2013-14 Sixers season will be riddled with losses. It's all in the name of rebuilding and getting a better draft pick, but the season's eventual unwillingness to end will wear on us and we'll need to find comfort in the arms of other fun storylines. Like Nick Young signing with the Los Angeles Lakers!

This is the best news. A Swaggy P-Kobe defensive wing tandem is the worst thing ever conceived. While both are actually serviceable on-ball defenders, they're also horrendous at team defense. Lots of ball watching and laziness and outright confusion on the defensive side of the ball for the Lakeshow. Kobe's supposed to be out for a while, but he's Kobe. He'll be back in like 5 minutes.

On Nick Young and the Art of Falling in Love 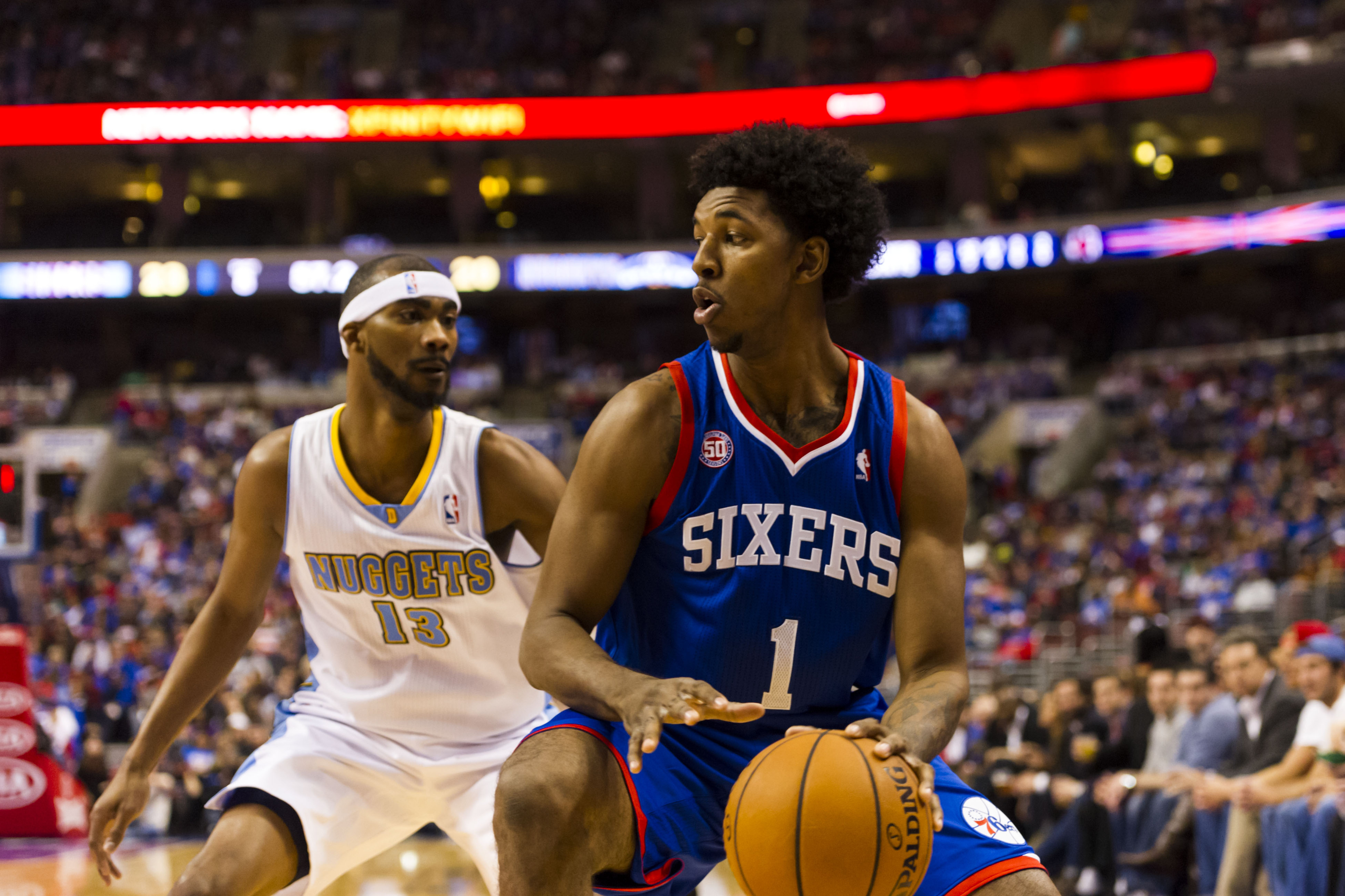 My favorite piece from last season comes from Mike Baumann on Swaggy P.

BUT SERIOUSLY this is all about the offense and the potential team dynamic that I'm just itching to watch unravel next year. The Lakers will be a pretty miserable 11th seed and Nick Young, as we saw this year, will still be smiling. Hopefully those rape allegations were proven false because I really want to like Nick a lot and if he's a horrible person, that would make me very sad.

So Nick Young goes the way of Andrew Bynum (Cleveland) and Dorell Wright (Portland), and comes out of the Philadelphia disaster of 2012 hurt but ultimately still breathing. All three of the exiting free agents took significantly less money than expected on the market, with Nick taking the least at the Veteran's Minimum to return to the spotlight of his hometown of Los Angeles.

Chris Kaman and Nick Young will be spending ample time on my couch next season. I can't wait for the Lakers to go 38-44 and talk about "tanking."

Kobe and Nick on the same court. Mamba and Swaggy. Vino and P. How long will it take for Kobe to wipe the smile off his Swaggy face? There's no telling. This will be the best season.