Fun Fact before I begin: The 6th and 11th picks in last year's draft also went to the same team. Not only that, but they were also a point guard and center: Damian Lillard and Meyers Leonard. No relation to the following fanpost; I just thought that was a cool coincidence. 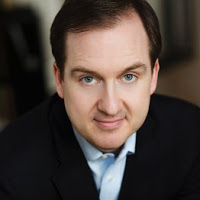 So two days after Sixers flashed the Hinkie ring overhauled their mediocre roster in front of America, we now have free agency to look forward to. The number one concern before diving in the veteran pool is flexibility. We can't get tied down to anyone; right now we're looking at a 2014 offseason with 2 1st rounders in the deepest draft in years and over 25 million in cap space. I'm sure Mr. Hinkie is aware of this more than anyone, so no need to further elaborate. Right now we have 10 players under contract or soon to be under contract at around 40 million.

Even though we're all in for a no limit tank, we still need to field 15 players and fill approximately 90 percent of the cap, which comes to about 52 million. So let's fill out the rest of the roster with some suggestions.
1. Swingman That Can Shoot

I only put the last two names out there as a sign of courtesy; Chase Budinger is my number one target for this offseason, and the only guy I'd consider giving a two year deal. He's flashy, he's a good passer, and he's can shoot (40% from 3 in his last year at Houston).

2. Defensive Specialist at the 3

This guy is just an excuse not to bring Damien Wilkins back. His game irks me. I'd loved to see Daye or Aminu become defensive stoppers, especially Daye. I'd also like to see Trevor Ariza, but I feel like he's done enough time in DC. He should be on a winning squad ghostriding on a title run.

3. Point Guard to back up MCW

Just a guy who's good enough to challenge Mike for the starting spot and bad enough to falter in training camp. Jerryd Bayless, Mo Williams, and Jarrett Jack were all figured to be overqualified for this position.

Yeah, I just want Mason or Morrow. Smart guys who can teach a thing or two about professionalism to the young guys in the NBA without playing many minutes. The calming veteran presence.

5. Undrafted Rookie Who Waves Towels At the End of the Bench (Also, potential BFF for Arsalan in Newark)

They also have to be better than Maalik Wayns.