In this week's edition of the Sunday Morning Shootaround, we take a trip with Evan Turner to the gun range, clear up a bunch of nagging rumors, and bring you an exclusive interview with future Sixers' GM Dikembe Mutombo Mpolondo Mukamba Jean-Jacques Wamutombo. 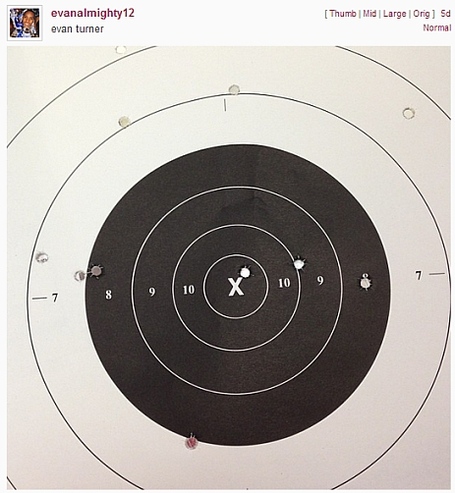 This picture is the result of Evan Turner's recent trip to the gun range, where his accuracy is reminiscent of Jrue Holiday's shooting performance on the court over the past three games.

I could make PLENTY of jokes about the Sixers and their poor shooting, or I could just post a few comments that people left on the picture.

Boston Celtics' guard Jason Terry: What's your reaction to the lame tweet that the Sixers posted the other night? 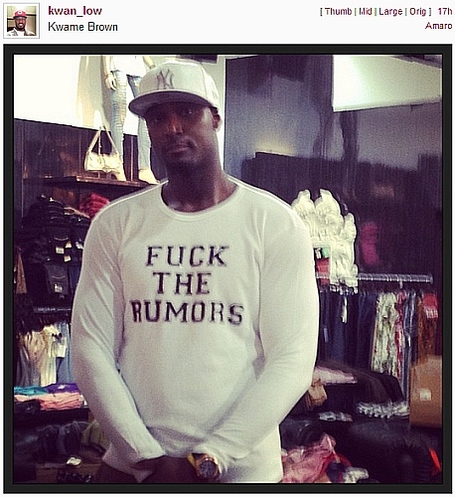 In case you were wondering, Kwame Brown just wants you to... pay no attention to the rumors. What rumors, you say? Well, I'm glad you asked: 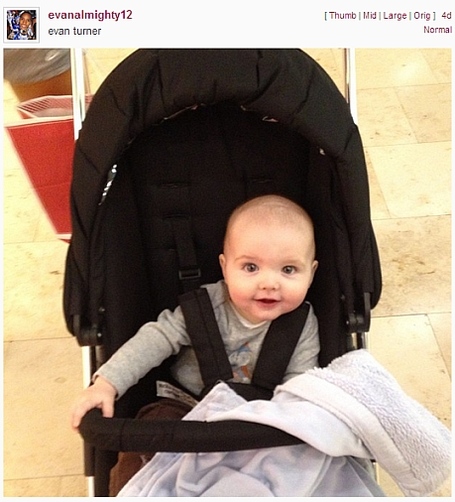 This baby is too young to talk, but his eyes say it all. And like most children, this one has plenty of questions. Evan Turner - you're on the hot seat...

But I bleed GREEN! Time to go wash this nasty blue off @jjredick twitter.com/jrich23/status...

Michigan State alum Jason Richardson lost a friendly wager with J.J. Redick and was forced to wear a Duke sweatshirt per the terms of their bet. After taking a picture of said sweatsuit, he burned the outfit in his backyard firepit. 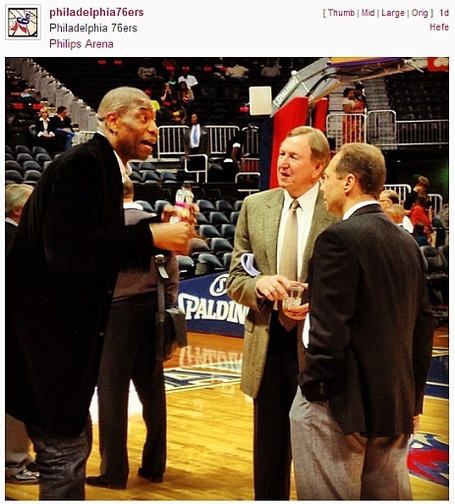 It says something when the man in this picture best equipped to be the general manager of an NBA franchise is Dikembe Mutombo. There's no reason to believe that he's lobbying for such a gig, but Liberty Ballers was able to gauge his interest in an exclusive interview prior to the Sixers/Hawks game last week:

Liberty Ballers: At this point in the season, the Sixers have little to gain from winning games. If you were a member of the team's front office, would you want the team to beat the Hawks tonight?

LB: There are some rumblings that the Sixers may offer Andrew Bynum a contract this summer. Would you consider signing Bynum if it was your decision to make?

DM: Not in my house!

LB: Would you have re-signed Spencer Hawes to a two-year deal?

LB: What about Kwame Brown? Would you have brought him in---

DM: (slaps digital recorder out of reporter's hand, runs away)