In this edition of the Sunday Morning Shootaround, Adam Aron gets a first-hand taste of "awkward tension", Lavoy Allen makes a bad dinner choice, and Thaddeus Young spends part of his offseason getting his Bob the Builder on. 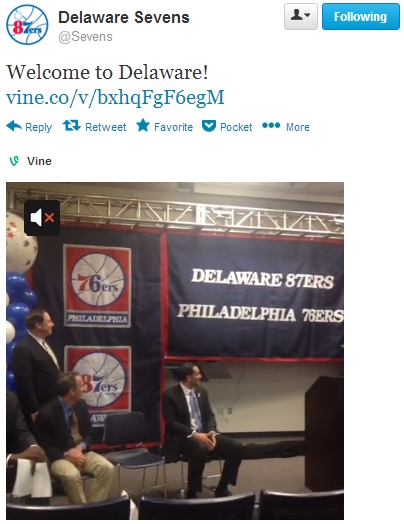 Full disclosure: I didn't plan on doing a Shootaround post today, but then Mike Levin sent this Vine of Adam Aron, and, well... just watch (make sure to turn your speakers all the way up for maximum effect).

If you're ever feeling down, this video will serve as an instant pick-me-up - I think I've watched it 87 times so far. It's the second-most enjoyable thing that you can do that only takes six seconds.

This probably has to do with the limitations of my middle-class sensibilities, but I'm thoroughly confused by Nick Young's Twitter post.

Swaggy P is from LA, so why does he rent cars when he's in LA? I would assume he has something that he tools around in while he's on the West Coast, so I don't understand the need to frequent such a high-end place.

That said, this Black and White Car Rental has just about anything that you would want, from the miniest of Mini Coopers to a Ferrari 458 Spider. And since we know that Young isn't about that ZipCar life, he probably sees this as his only option for transportation. Gonna miss you, Swaggy.

Here is Thaddeus Young doing the diligent father thing by putting together his son's Cars-themed furniture. But sometimes, discretion is the better part of valor... and that's why he should have just paid someone to assemble it for him.

I must say, he's a better man than me. There are independent people who will come to your house and put things together for you for a reasonable fee - it's really no different than having someone as your personal chef. Besides... if I were Young, I'd use the crutch of being a professional athlete as an excuse for not doing any sort of work around the house.

"What? You want me to nail these two boards together? What if I accidentally break my thumb with this hammer? Then what? Ain't nobody got time for that!" 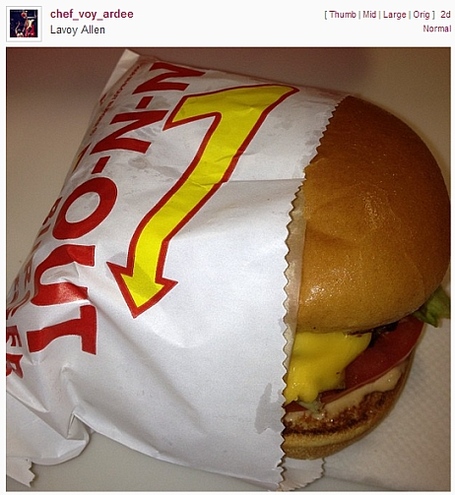 So Lavoy Allen went to In-And-Out and claimed that "it didn't live up to the hype" (you're a man after my own heart, Chef Voyardee). On to the comments:

thomas_342 @mindofai9 i got a ton of respect for u man, thank u for some amazing years of sixers basketball. I was at game 6 vs bulls and celtics in 2012, u motivated me to work harder and get better

d_ross1189 Just like how you didn't live up to the hype

(BTW, SmashBurger is now the No. 1 overall seed in the unofficial Liberty Ballers fast-food burger rankings).

Let me get this straight: The new Philadelphia 76ers D-League team will be called the Delaware 87ers (strange, but understandable on some level), but they'll be known as the "Sevens." Wait... what?

I find it hard to believe that no one involved in this noticed the blatant disconnect between "87ers" and "Sevens", so it troubles me that they just rolled through the oversized stop sign like none of us would notice. If you're so hard up to refer to the team as the "Sevens", why not just call the team the 87s? (By the way, FINE job on the logo - I can hardly tell that it's a hastily Photoshopped version of the Sixers' one).

Going from "Delaware 87ers" to "Sevens" is like the San Francisco 49ers referring to themselves as the "Nines": IT DOESN'T MAKE ANY SENSE.

I could continue, but Brandon Lee's comment following yesterday's announcement is absolutely spot-on...

So Sixers. So Sevens? They Sevens'd this.