We have made it through another season of Sixers basketball.

Share All sharing options for: The Andrew Bynum Aftermath and How to Feel about the Sixers

But today is the last day of the season. It's time to close the book, then burn the book, then never speak of the book again. And while the anger is mitigated, the overwhelming sense of pointlessness has replaced it a hundred times over. To care about the Sixers -- to really invest your time in them as we have -- requires a certain amount of accepted ignorance that you're wasting your time.

The Sixers traded for Andrew Bynum last August in what will go down as my favorite trade ever. My personal favorite trade ever. It came out of nowhere with a sizable chunk of risk at the expense of a mediocre team that wasn't going to improve past Contender Fodder for the next 3-4 years. And it brought us a superstar. A young, undervalued superstar with potential still yet to wring from the Fountain of Upside.

If you can stomach it, here are some of our reactions after the trade: Bynum Trade Done? Bynum and the Sixers Bizarre Offseason Player Preview: Andrew Bynum

It was everything. It was my Kelly LeBrock. This trade would redeem the hours I've spent -- not wasted! -- poring over a mediocre team on the internet. This would be my Kevin Youkilis.

And then. Then. THEN.

It happened and it kept on happening.

With each Bynum update, platitudes lost their meaning. I was falling into an abyss, occasionally grabbing hold of a branch just for a moment. A bright moment where the branch would hold and we'd get out of this. Scraped, yes. Bruised, yes. But it never held. And we never had a chance to climb ourselves out of the pit.

When writing about a professional sports team, you have a red light in your brain that flashes exclusively for Melodrama. This is sport, after all. This isn't important. It's merely entertainment. It's meant to distract. I've tried and occasionally failed to stay on the practical side of the train tracks when Andrew Bynum was the subject.

Bynum hasn't played a game for the Sixers. He will never play a game for the Sixers. Sure he might. But he won't. This franchise wants to put so much distance between them and this whole catastrophe that they may just move the team to Yemen to get away from it all. His absence this season has been nothing short of crippling. To the team and the fanbase.

No Regrets: The Bynum Trade Is Still The Best 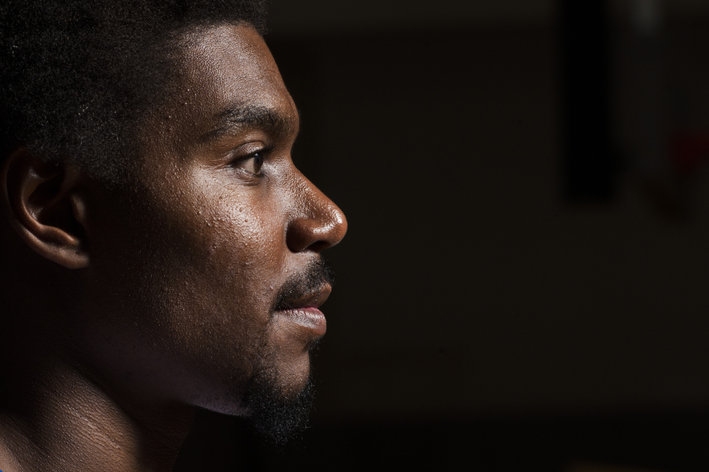 While the results have obviously been horrible, Justin believes the Bynum trade is still to be commended.

It wasn't supposed to go this way. This trade was the right trade. When you make the right trade, you should be rewarded. It wasn't a needless gamble. It wasn't a short-sighted ploy for attention and gimmicky seats filled. This was The Move. It finally happened to us. They did it. We did it. We've arrived.

Instead, we had one of the least efficient offenses in basketball. The fewest made free throws in the league. Almost 30 minutes a night of Spencer Hawes post-mullet. A franchise in absolute shambles.

A decent movie is a huge disappointment if you're coming in with massive expectations. The 2012-13 Sixers were Spiderman 3. I saw it at midnight as a high school senior. It is my least favorite movie of all time.

If you made it through Emo Tobey Maguire and the last 8 months (Really? Just 8 months?) of Sixers basketball, congratulations. You're part of a subset of the most stubborn humans in the world. You've made it. Have a chocolate.

To those few who remained, the unfortunate few who toughed out the last couple of months of Sixers basketball: I know you're mad. I know you're hating this. I know you didn't think it would be April 17th and you'd be rooting for the Raptors and Blazers to win so the Sixers can steal the 10th overall pick. I bought the same Bynum shirsey you did. I know.

But here we are. And you know what? We're gonna come back stronger from this. We're the lucky ones. Think of all the unsuspecting fanbases who haven't endured their apocalyptic year yet. We've had the worst basketball season imaginable and we come out of it with a 22-year-old All-Star point guard, cap flexibility, a lottery pick, and a coaching search. And unlike our friends in Sacramento and Seattle, we don't have to worry about losing the team.

THERE WILL NEVER AGAIN BE A SEASON AS TORTUROUS AS THIS ONE.

It's comforting to know that there will never again be a season as torturous as this one. The bowling jokes, the long two's, the knee lube... lock them in your attic next to your pogs and your dad's Dean Koontz novels. It's over. It's history. I promise you won't have to revisit them. That's our saving grace. It's not the one we wanted at the start, but it's the one we got.

Blame who you want to blame. Flesh out your proposed Sixers plans for the offseason. Step away from basketball for as long as you need. Whatever you gotta do. But when you come back -- and you will come back, let's face it -- know that it'll get better, Bynum or no Bynum.