I imagine DiLeo and Thorn crossing their fingers behind their backs in all conversations with Doug now.

The Sixers are a house of cards right now, only with less ribs and Kate Mara. Four games remain in this loogey of a season and wholesale changes will be made. Andrew Bynum's failure to show up won't be enough to excuse everybody else. Fingers will be pointed. People are going to be canned. But because of the Sixers ownership's less-than-stellar track record of public relations, they're apparently hoping Doug Collins will take a potential P.R. shitstorm out of their hands by walking away.

Here's Bob Ford's article on it, if you care for all the juicy rumors and side-by-side guesswork and speculation. This is definitely the first Bob Ford article I've read in years. I didn't even know he still covered the team. Take that how you will.

According to multiple league sources, the 76ers organization privately hopes that coach Doug Collins decides not to return for the 2013-14 season and, regardless of his decision, it does not intend to extend his contract - which has one year remaining.

Management is not eager to get into a public-relations war with a popular former player and charismatic local hero. The two sides would have to come to an agreement to settle the contract, but if that is the price of a peaceful parting, the organization might consider it a bargain.

The only wild card in the deck Collins is holding is that he always bristles at the notion that he is not a long-term coach. [...] Perhaps he is determined to break his own record, just to answer those critics.

Well that's certainly different from what we've been hearing. Just two weeks ago, Adam Aron assured fans at the hilariously old-sounding Town Hall Meeting that Doug Collins is under zero pressure from ownership. Our favorite CEO has gone on record as saying he hopes Collins is the coach here for "years and years and years."

That the Sixers are having secret meetings where they whisper secrets to each other without inviting Doug Collins (like the phone commercial about having tacos in a coworker's office -- you know the one.) seems far-fetched to me.

Josh Harris seems to be a man of conviction. From things I've heard about him on and off the record, he doesn't smell like the kind of guy that would pussyfoot around for PR's sake while failing to make a move he feels to be in the best interest of the franchise.

We've made ourselves perfectly clear on how we feel about Doug Collins as a coach now and for the future. For the most part, we want him gone. Since the Sixers are not close to contending at this point, his inefficient offense, funky rotations, and lack of creative play-calling don't matter as much as his penchant for affecting personal decisions. I want him nowhere near the front office during or after his tenure as Sixers coach. Coaches are coaches. Murky waters indeed when they have two fistfulls of butter in the front office churn.

Doug Collins Can't Be Part of the Sixers Future 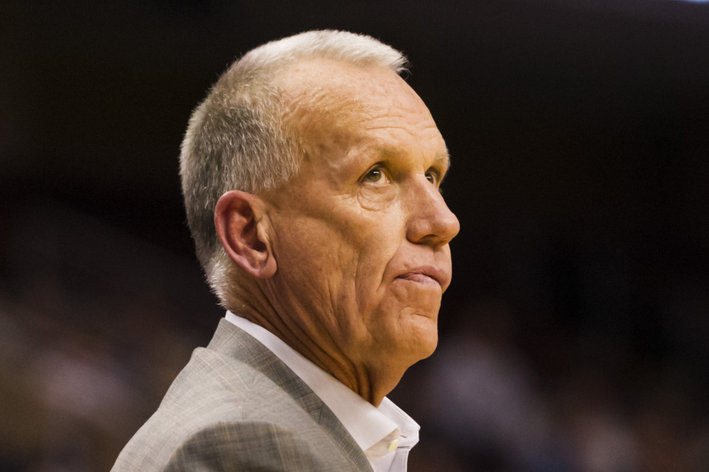 There are plenty of absurdities in the article that aren't worth going into too much (that Doug could "transfer his passion" to attending his son's games coaching Northwestern as a viable alternative), but it seems extremely speculative on all counts to me. Maybe there's a mid-level guy in the organization who thinks this way. Maybe he reads Liberty Ballers.

I just don't buy the idea that the Sixers would let Collins dictate the direction of the franchise based on whether or not he hangs around for his last deadbeat year in Philadelphia. While Adam Aron certainly comes from a different P.R. background, this seems to be past him. They'll either fire him or they won't. The only thing this article really tells us is that there continues to be malcontents and disagreements among the Sixers Brain Trust.

More likely to my messed-up brain is that the Sixers pushed this story themselves so that Doug would see it, approach them about it, proceed to deny it, and watch frustrated Doug decide broadcasting is not this back-stabby and leave. That's sort of the rarely-seen conspiracy theorist in me.

But if Ford is absolutely correct, and they are waiting anxiously for Collins to quit the job... that's some bitchass shit right there.