In this edition of The Sunday Morning Shootaround, we're introduced to Kwame Brown's right-hand man, delve deeper into the shoe closet of Swaggy P, and see one of our own get a personal shout-out of sorts from Sixers' CEO Adam Aron. 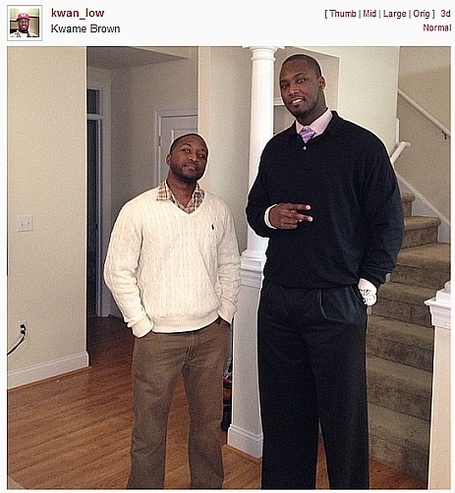 The image above seems to capture a relatively non-descript moment between two friends posing for a glamour shot. It's only when you read Brown's caption that the picture begins to tell its thousand words:

Wait... what? Kwame brought his friend to a meeting so that the friend could take notes while Kwame did what, exactly (sleep, zone out, play Ruzzle)?

It's one thing to have your boy drive you around everywhere, or cook you dinner or whatever. Taking notes for you in meetings (presumably business-related engagements) is another matter entirely. Does Kwame bring his friend in the locker room when Brian James is explaining the game plan each night? If so, then the Sixers might as well make @cjcertified an assistant coach (the Mavericks have 17 of them, so I'm sure this is possible) whose sole job is to give Kwame Cliffs Notes' versions of his defensive assignments. If that's what it takes to get some production out of kwan_low, then this needs to happen ASAP. Now that I think about it, we probably need a @cjcertified for Swaggy P as well. 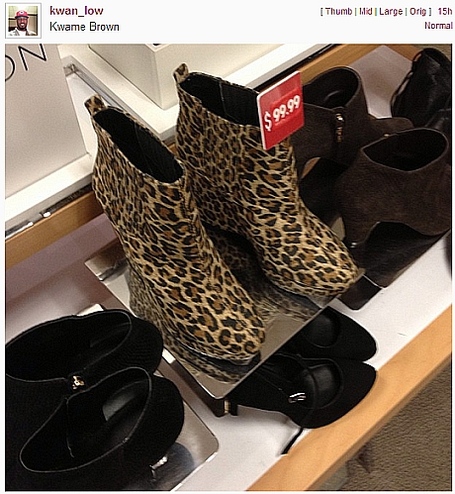 Here's another kwan_low gem that needs his caption for full effect:

Sadly enough, these do match a pair of sneakers that Nick Young wore earlier in the week (and here's photographic evidence as proof, with a co-sign from one Michael Preston). I'd have to check with Tanner Steidel on this one, but those appear to be the Jordan Trainer Leopard Foamposite IXs (or maybe the VIIs - I can't quite tell). What I am sure of is that no one else with a pulse can pull off those kicks quite like Swaggy. 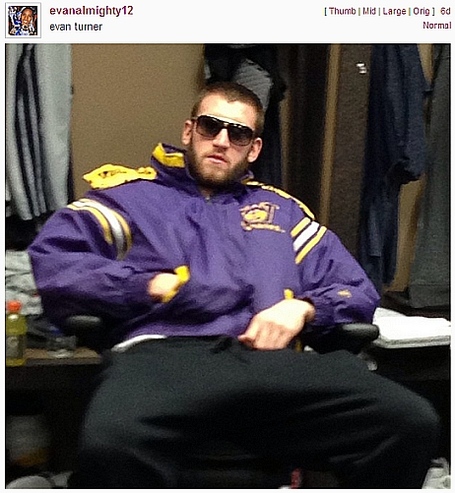 When you look at this picture of Spencer Hawes in his Washington Huskies jacket, he looks like a tough cat. If you told me that this man could go toe-to-toe against Nikola Pekovic in the Octagon for 15 minutes and come out on top, I would believe you. But that image would be erased mere seconds into the next game as Spence Needle would somehow get outworked for a rebound by a 6'5" wing player. I want the guy in the picture to be my center. Instead, I get this. 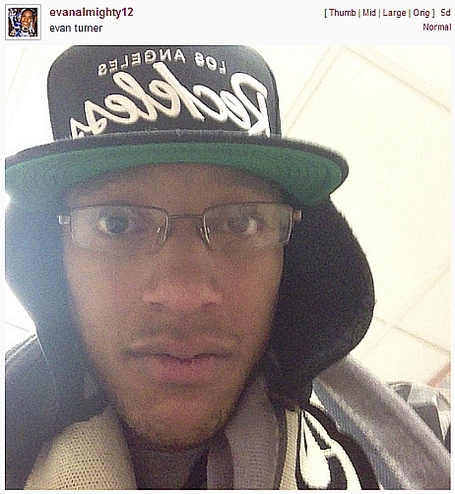 If you think that this picture of Evan Turner at the doctor's office would engender some sympathy amongst Sixers' fans, then you really don't know Sixers' fans. To the comments!

And finally, because this will never not be funny:

This tweet is for @michael_levin of Liberty Ballers. I know you are loving Spencer Hawes double double and 3 blocks tonight.

Surprisingly enough, that was Adam Aron's second-funniest tweet of the past week. After announcing three upcoming bobblehead giveaway nights, Aron deftly replied to a fan who tried to one-up the owner:

That was in November, if memory serves me right RT @phillynac when is Andrew Bynum bowling night?

If the record of NBA teams was solely based on the entertainment level of their respective owners on Twitter, the Sixers would be 44-2.