In this edition of the Sunday Morning Shootaround, we catch up with an all-time Sixers' legend, Lavoy Allen offers his condolences to a friend and Nick Young's sense of fashion spreads like wildfire. 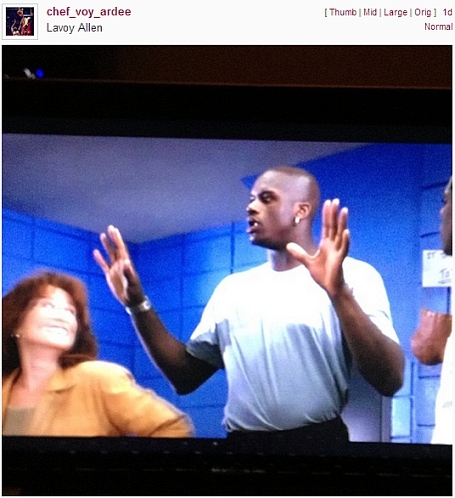 For better or for worse, Blue Chips is the second best basketball movie of all time (we all know that White Men Can't Jump is No. 1). But it's not because of the superb acting (because there isn't any) nor is it because of the movie's believable story (no school is this blatant with its cheating... except USC). No... Blue Chips is great because it's SO EXTRA that you can't help but laugh. For example: 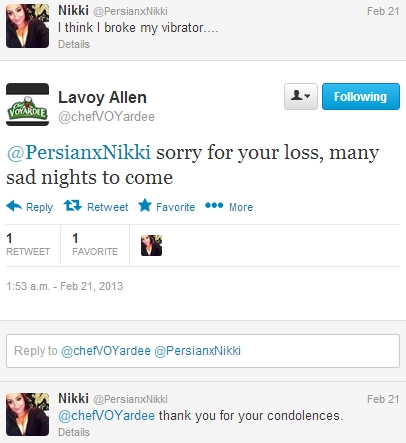 All I can say is that based off of this tweet, I'm not sure how Lavoy finished 14th in the HoopsHype Tweeter of the Year voting.

That's all I got. 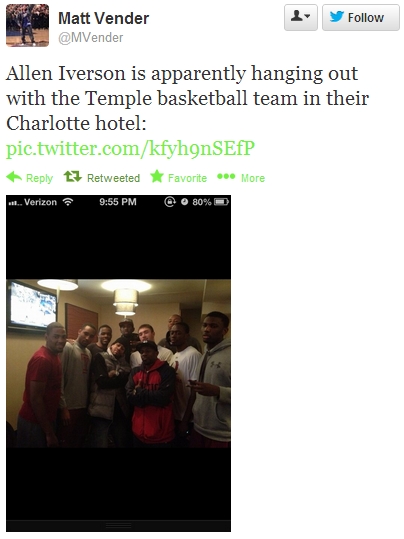 This has zero relevance to the 2012-13 Philadelphia 76ers, but seeing a picture of Allen Iverson hanging out with the Temple basketball team warms my heart. But I can't help but wonder: What is A.I. doing in Charlotte, N.C.? Is he living in an extended stay hotel down there since the bank foreclosed on his mansion? Is Fran Dunphy going to make him an assistant coach?

So many questions... But fear not: There are four T.G.I. Friday's in the Charlotte metropolitan area. So, at the very least, we know that the Answer is eating well. 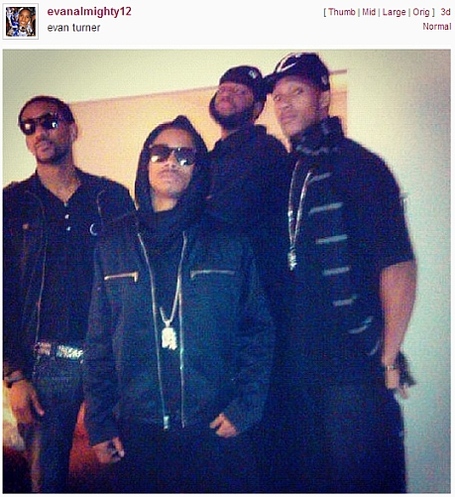 This is a picture of Evan Turner and his crew circa 2009 dressed up as the backup dudes in Rihanna's "Run This Town" video for Halloween. Who in the hell chooses to dress up as background filler for Halloween? Between this cornball stunt and his affinity for Legos, I can tell that hanging out with Evan Turner must be a RIOT. But speaking of Rihanna...

If you haven't seen this video yet, stop reading this immediately and watch now (skip to the 1:36 mark for the start of the goodness). Even if you have seen it, watch it again - it was by far the best 30 seconds of All-Star Weekend. If the NBA got rid of the Shooting Stars Challenge and replaced it with 45 minutes of players singing karaoke, tell me you wouldn't watch. I smell ratings. 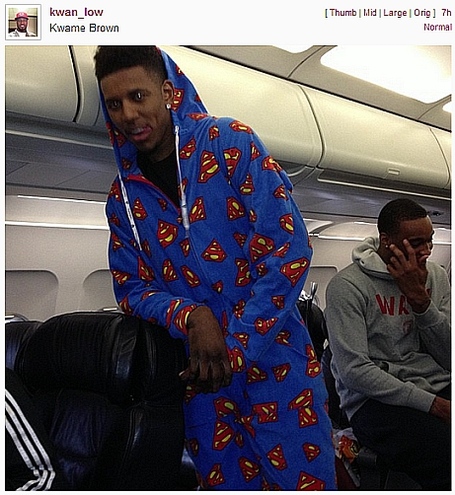 We already wrote about this, but we couldn't help but post it again. And look here: Wearing Superman pajamas in public is officially a fad.