The Sixers are bad. Buy our t-shirts.

SB Nation switched t-shirt companies a while back and we lost our all old merch like my personal favorite Rock Me Thaddeus and an Evan Turner as The Villain which I still play ball in. It's taken us some time (because we're lazy and untalented), but we've finally got some new t-shirts at the LB store and they are.... silly.

All created using MS Paint by my friend Shane, who is not a Sixers fan and does not get any of these jokes, there are six new LB shirts (and a bonus shirt!) available in the Liberty Ballers store on Gameday Depot. These are all for sale for about $20 each. Because you definitely want to spend your money on shirts you'll have to explain to non-LB readers (everyone) each time you wear them. This is the case, I am sure.

So here they are! 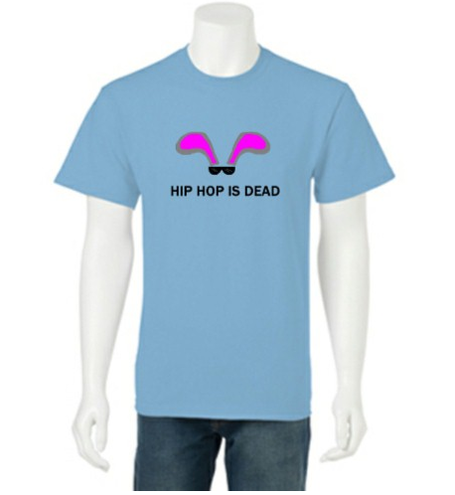 The Sixers much-beleaguered, rabbity mascot has gone away for good, but you can celebrate his stupid life by wearing this t-shirt. People will likely confuse your shirt with a statement about music or an endorsement of the rapper Nas, but that's okay. Because once they get the joke, MAN will they be rolling.

Sixers Moose, Franklin Dogg, and whatever the hell else they wanted to make their mascot shirts are on back order. Very back order.

Oh and as you can see in the links, the back of each t-shirt has the Liberty Ballers logo on there. I think it looks pretty slick. 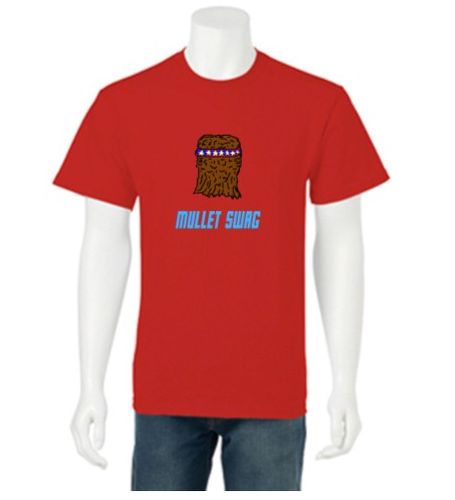 This may not look like the Hall of Fame-level mullet of our own Spencer Hawes, but it does capture his spirit. With a Chewbacca-esque roguishness to it, the shirt gives us the thickness of Spence's mullet to go with an AMURRICA headband that nobody wears better than Hawes.

This shirt is a must-buy on 4th of July. The dash of Nick Young in there means Tanner has already pre-ordered 7 of these. 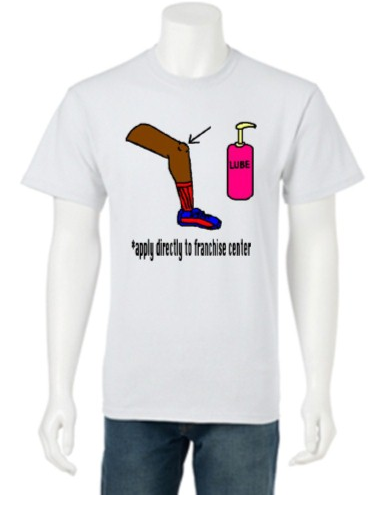 Soon to be sold on QVC, the Andrew Bynum Miraculous Knee Lube has done WONDERS for Andrew. Just look at him over there! Sweating! Doing interviews! He's good as new!

Just apply directly to franchise center and he'll be playing in no time. Literally: no time. No real time. The time does not exist. Oh no why am I bleeding? 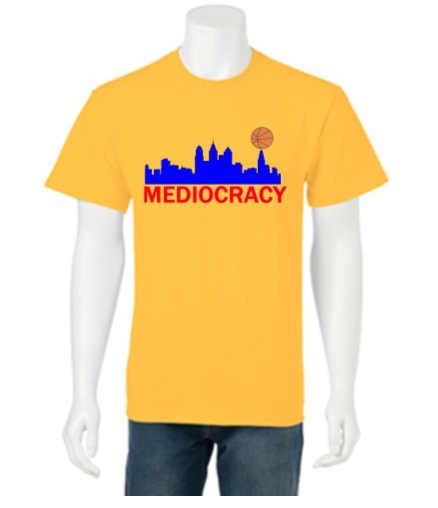 Though I forget the specifics now, a few months back, a wise LB commenter lamented the direction of the Sixers franchise by characterizing it as being stuck in Mediocracy. Clearly, this is a revolutionary political movement which the world has never seen.

Now you can celebrate your own Mediocracy with this shirt of the Philadelphia skyline and our governmental philosophy. I'm inspired as hell. 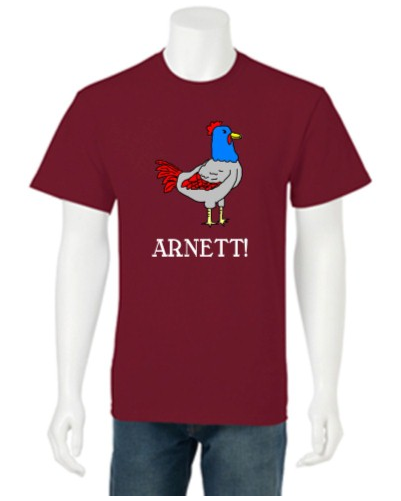 Thank God he's gotten minutes lately, otherwise even less of the world would know what the hell this is. For the uninitiated, Arnett Moultrie is a person who plays on the Sixers sometimes and his name rhymes with poultry, which explains the chicken.

"What's an Arnett?" asks everyone you walk by in this shirt.

I have no excuse for the exclamation point. The name "Arnett" looks even weirder when you stare at it for awhile. Helluva chicken though, Shane. 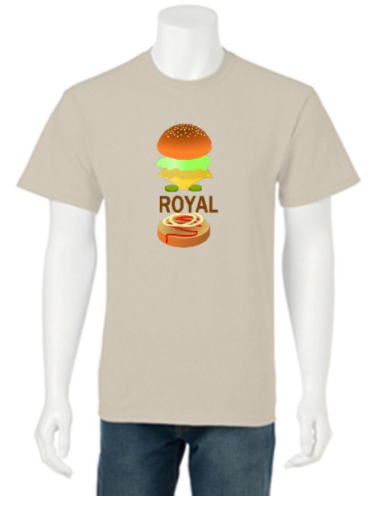 Though Royal Ivey goes by the nickname "Smoke", we'd rather call him "Royal With Cheese" or simply "Cheese" or even more simply "WHY THE HELL IS ROYAL IVEY STILL IN THE GAME ARE YOU SERIOUS?"

This delicious-looking burger, of which Royal is the meat, can make you think about "defensive specialists" for hours on end. If you buy this shirt, you will be the answer to the trivia question: "Who would buy a Royal Ivey shirt?" Though in fairness, you could just be doing it for the burger.

The other three LB tees we introduced last year are still in there, including Pressure Makes Diamonds, a gorgeous-looking Nick Young, and a Villainous and Muscle-y Evan Turner.

But the BONUS SHIRT, which is NOW FOR SALE, is as direct as they come. 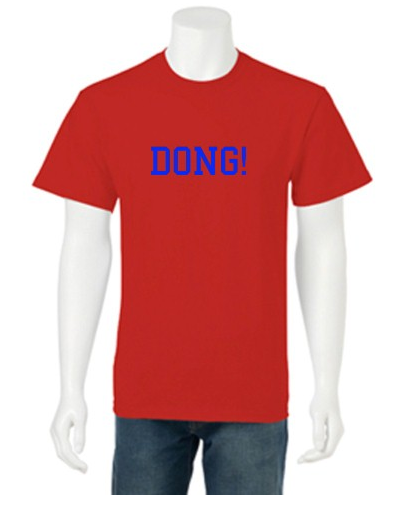 Go to the Liberty Ballers store to buy any of these shirts! Perfect for a belated Valentine's present for... yourself. And we're always happy to hear suggestions for more, because these are just so impressive. SO impressive.