In this edition of The Sunday Morning Shootaround, a former Sixer makes his return to LB, we learn that swag is hereditary, and a man with no emotions openly roots for a wardrobe malfunction.

That lost is on me!! I will never play that poorly again sorry about that lost!!! Cavs fans we will be better Monday

1) Mike Levin and Spike Eskin asked me to include Speights in the weekly social media recap, which makes sense since "Speezy Sez" is something of an inspiration for this series.

2) "Lost." I'm sure Marreese meant "loss" in his tweet, but does he mean that the TV show "Lost" was his fault as well? So I can blame him for the lack of explanations? It's been off of the air for three years now, and I still don't understand the whole smoke monster thing. Any why did they bring in a great character like Mr. Eko only to kill him off so quickly? America wants answers, Speezy. 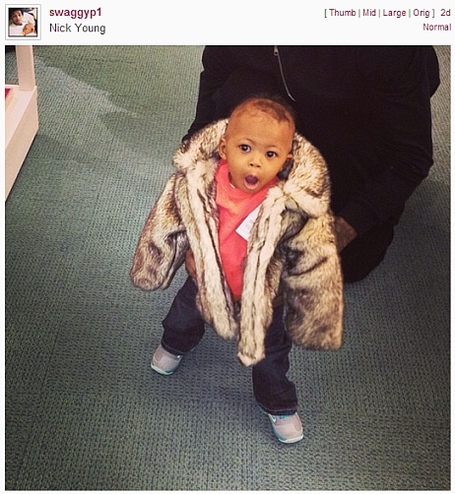 I really don't have to tell you all that this is Nick Young's son, right? If I do, then you aren't following the exploits of Swaggy P as closely as you should be.

This really has nothing to do with the Sixers, but Spencer Hawes posted it, and it deserves to be noted.

Quite simply, it's a link to a video of Takeru Kobayashi at someone's Super Bowl party eating an entire pizza in a minute. For the uninitiated, Kobayashi is probably the most famous competitive eater in the world thanks to his six Nathan's Hot Dog Eating Contest titles and the 337 wings he ate at last year's Wing Bowl XX.

Here's the deal: You can actually pay to have Kobayashi (or a number of other illustrious figures) hang out with you through a company called Thuzio. For example, if you wanted to have a free-throw shooting contest with Nick Anderson, it would only cost you $500. How sad great is that!

Side note: At an event co-sponsored by Thuzio, I actually saw Kobayashi inhale a gallon of milk in about 45 seconds. It was simultaneously the most amazing and most disgusting thing that I've ever witnessed in my entire life. 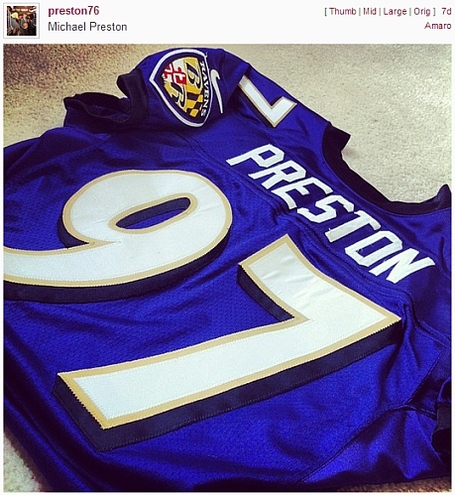 This was probably a gift, so I won't knock Sixers' PR director Michael Preston for this, but allow me to take the opportunity to let everyone know that you should NEVER put your own last name on a professional jersey. You don't play for the team, and those years you spent playing on the JV team don't make you an athlete by any stretch. Yes... players come and go, and any jersey you buy has a good chance of being outdated in about 24 months, but wearing "Mack" across your back is far less embarrassing that having your own name stitched on your jersey. Trust me on this one.

Any chance that Beyonce has a Janet Jackson moment???

Count Chef Voyardee among the millions (and millions) of men watching the Super Bowl Halftime show who were rooting for a wardrobe malfunction. Lavoy was probably a lot like Dave Chappelle at the end of this barely SFW sketch. 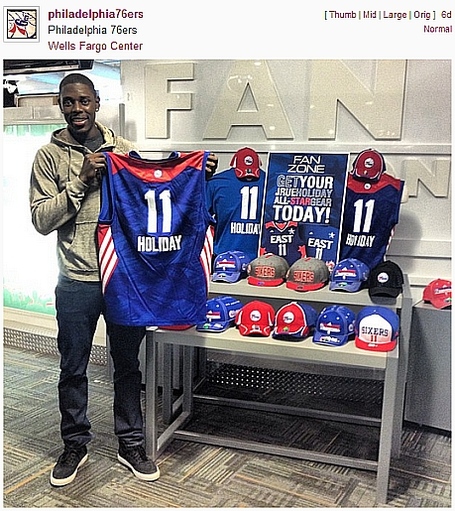 This one picture ALMOST makes this whole disappointing season worth it. Congrats, Jrue - we'll be rooting for you next weekend.