Sixers vs. Clippers Preview: The Return of Willie Green

Share All sharing options for: Sixers vs. Clippers Preview: The Return of Willie Green

There's a difference between being aware of something and being confronted with it face-to-face. I was aware that Willie Green was still playing the NBA, some four years after he'd left the Sixers and longer still since he'd been a useful NBA player. But then, when I was poking around looking for preview and game thread fodder, I saw that after J.J. Redick broke his hand, the Clippers moved Green into the starting lineup.

I mean, I know shooting guard isn't the strongest spot on the Clippers' lineup, and that Green's only starting because of injury, but there he is, for whatever reason, starting for an NBA team with title aspirations. What the fuck is going on here?

I couldn't stand Willie Green when he was a Sixer. I just couldn't see what purpose he possibly served. He wasn't big, he wasn't particularly fast, he could shoot, but only somewhat. Basketball Reference lists his best player comparison as Marko Jaric, who's one of a select group of significant professional athletes to be less famous than his wife. That's because Marko Jaric married a Victoria's Secret model and also because he was a completely useless NBA point guard.

Willie Green, Philadelphia 76er, was like a walking void of imagination, a 6-foot-4 quantity of guard who just kind of reminded people Allen Iverson wasn't around. At least Kevin Ollie had interesting facial hair. 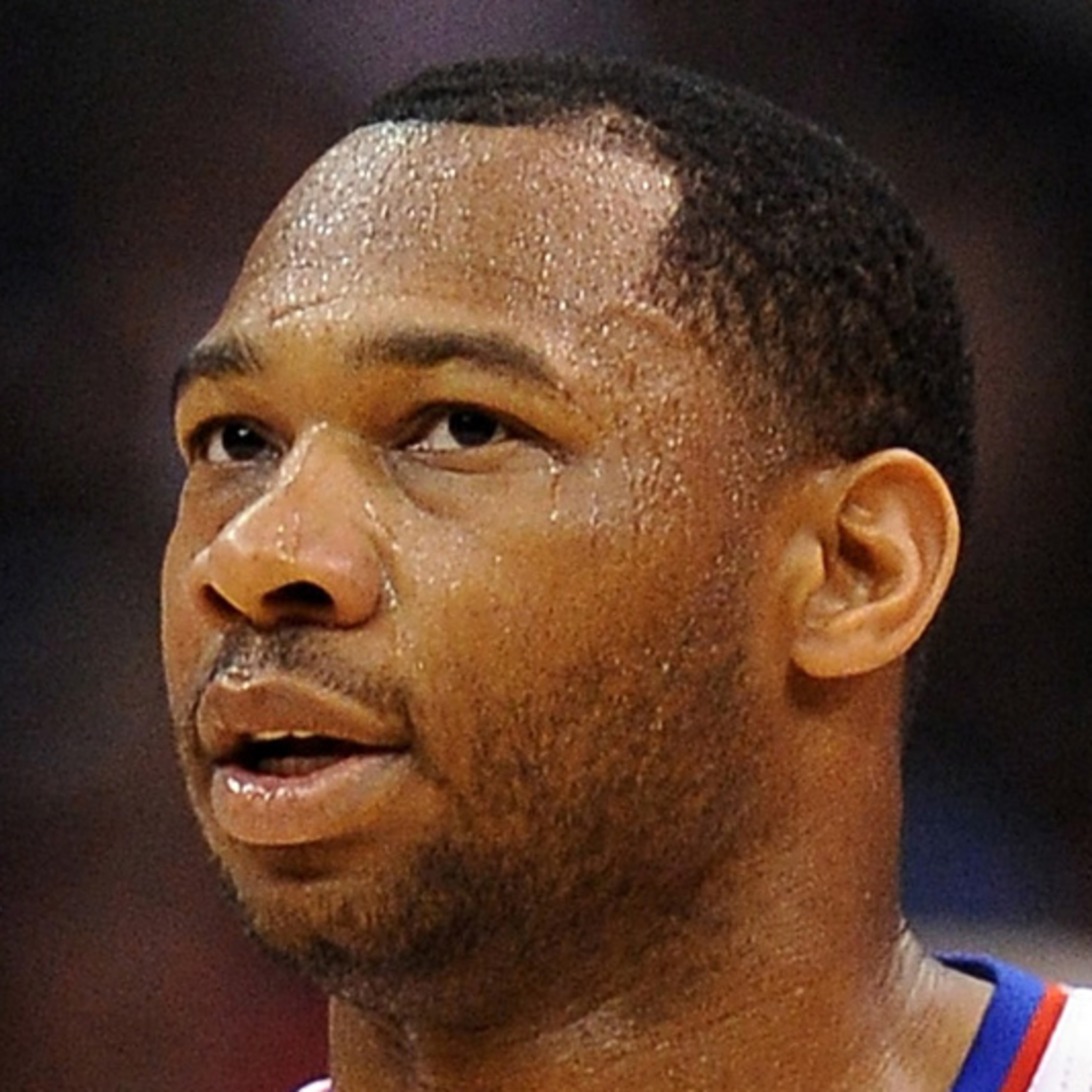 This was over three years ago! Remember this!

And it's not that he was so bad--in fact, it's hilarious that someone who's going to spend the next five months watching James Anderson brick free throws and Tony Wroten tossing Hollywood passes to nobody in particular complain about a player who was nothing if not steady.

But that's what was so frustrating about Willie Green. He was just kind of mediocre, but didn't represent any upside. He was good for 11 points, 3 rebounds and 2 assists, with no real hope of anything more. He was the exact opposite of what these Sixers are, and that's why I'd rather watch these Sixers lose 60 games than watch the Green-era Sixers win 45.

I don't know why Green hasn't bored his way out of the NBA by now. You don't give a player like him serious minutes unless you've given up, entered the going-out-in-sweatpants phase of your life. Green is the kind of player the Phillies would give too much money too if they ran a baseball team. And that's why I'm glad to be rid of him, and unhappy to reminded of his existence.

And now, some question-and-answers with Steve Perrin of Clips Nation. Levin's responses to his questions are over there.

Liberty Ballers: How does Chris Paul?

I've puzzled and puzzled til my puzzler was sore...
Now I'll think of something I hadn't before...

And what happened then? In Clips Nation they say
That ClipperSteve's small heart grew three sizes that day
And then the true meaning of Chris Paul came through
And so Steve found the words of ten bloggers... plus two!

LB: I would like to see more minutes for Reggie Bullock. Can you do something about that?

CN: Not after the high ankle sprain he suffered last night in Cleveland I can't.

Since Matt Barnes has been sidelined with an eye injury, Bullock had been solidly in the rotation, averaging 16 minutes per game in the last nine. But he landed on someone's foot last night, and although X-rays were negative and we don't have any official diagnosis, it looks like a high ankle sprain, and it looks like he'll be out a while.

Which sucks, because it leaves the Clippers currently without a single healthy small forward. Jared Dudley has started every game, but has some pretty nasty tendinitis in his knees that has been limiting him all season. In fact, as well as Bullock had been playing, I was looking forward to getting Barnes back after this road trip so that the team could maybe give Dudley a couple weeks off in the hopes that his knees would get better with some rest. Instead it seems Dudley is going to be all alone, and the Clippers may be in the market to sign another wing.

Bullock has looked pretty comfortable in the NBA so far. He's an enthusiastic and competent defender, having taken his turn on Kevin Durant and Paul George already this season and done well. He's a very willing shooter, who has shown a ton of confidence and great form on his shot -- and even though it hasn't gone in at the rate anyone would want so far, it feels like those shots are going to fall for him, and in fact he's had a couple of very good shooting nights in the last week. Sadly, now he's probably going to be out for a couple of weeks to a month.

LB: This summer, you traded me DeAndre Jordan. Is there any hard feelings between you and DeAndre since he's still on the actual team?

CN: DeAndre didn't hold any grudge against anyone the Clippers for almost trading him for Kevin Garnett over the summer. He understands that it's a business, and besides, it's actually quite a compliment to be in a trade with a future Hall of Famer.

It's quite a different story to be mock-traded for Spencer Hawes. DeAndre hasn't spoken to me since it happened.

CN: That is correct.

Green performed admirably as the de facto starter at shooting guard last season when Chauncey Billups most most of the year with various injuries. Unfortunately, since J.J. Redick went down a week ago, Green has not been able to duplicate last season's success. He's shooting .286 overall as a starter, and .214 from deep. Worse still, the entire offense has been out of sorts without Redick, which can't all be blamed on Green of course. Redick is a tirelessly worker off the ball, and it's as if the rest of the team has forgotten how to move while he was there -- they just let him do all of the running. Since Redick has been out of the lineup, the Clippers have been doing a lot of standing around, and taking a lot of jump shots -- strange that you should take more jump shots when your best shooter gets hurt.

Seriously though, Green's really great, and you guys should really be looking to bring him back to the Sixers. We'll give you Green and $2M cash for the right to swap second rounders next year. That's how valuable he is to the Clippers.

LB: Spencer Hawes would actually look quite nice for your fellas. What would you be willing to give up for him?

CN: The Clippers could really, really, really use a third big, and Hawes' ability to rebound, spread the floor and pass out of the high post would fit very nicely next to Griffin, which is what intrigued me in our mock trade this summer. But I don't see much that makes sense for both teams at this point. The Clippers are deep on the wings (current injuries notwithstanding) but would not be willing to give up Redick for Hawes. Some in Clips Nation might be willing to do a trade that started with Hawes for Jamal Crawford -- I would not, nor would that have much value to the Sixers.

So unless you're willing to take Dudley and Green for Hawes, I don't think we're going to get a deal done here. I'd be willing to throw in a pick -- but not a good one.