In this week's tank watch, taking stock of the teams with the chance to tank harder through making deals.

December 15th, f.k.a Happy Spencer Hawes Is Now Able To Be Traded Day, c.k.a. Enjoy Spencer Hawes While You Can Day, and will be referred to henceforth as "Trade Day," is under a week away. In fact, I have just done the math, and I now realized that this day is two days away. This day is important, as we like to point out, because free agents that signed before September 15 can be moved in trades once Trade Day hits.

The newly found flexibility NBA general managers will enjoy can be used both to improve or decimate your team. Teams like the Rockets can include smaller contracts signed over the summer to make the money on an Omer Asik deal work. The Knicks can trade almost any of their minimum-salaried deals without regret (the other salaries included are another story - sorry Knicks fans). Free agent flyers that haven't panned out can be traded for what's hopefully something more helpful.

Conversely, the Sixers have two clear trade chips in Hawes and Evan Turner, with a third in Thaddeus Young that should also draw heavy attention. Levin even has a series going on that you should read (on Young and Hawes so far, with Turner to go). Since the Sixers signed many of their current players during training camp or later, they still cannot be moved. But other teams will be able to include free agents to match salary, making deals much more doable.

The Toronto Raptors started off their rebuild by shipping Rudy Gay back south of the border in a 7-player deal with the Kings last week. But this doesn't appear to be a move motivated by losing more games this season. If anything, as many others have noted, Rudy actively hurt the Raptors whenever he played. He wasn't symptomatic of the Raptors issues - he was the virus that cause most of their problems. Even if Landry Fields is the prospective replacement, that's better than 38%+ shooting on 32%+ usage.

But the Jurassic Parks have more big bang shots to take. Kyle Lowry's name still gets bandied about as one of the more likely players to be traded, and Masai Ujiri conjures unbelievable trades out of thin air.

The Chicago Bulls have approximately 3 healthy, NBA-caliber players currently. One of those is not Luol Deng, who is injured. Along with Derrick Rose, Jimmy Butler, and also sometimes Joakim Noah, Deng comprised the core which made the Bulls championship contenders in the eyes of many, and all have been out for extended periods of time. With luxury tax concerns, Carlos Boozer trade scenarios have always been popular. But Deng is significantly better, not amnesty-eligible, and could fetch a greater return from a contending team. Of course, the franchise would have to embrace tanking first - not their M.O. under the current regime.

The Orlando Magic have a lot of talent and a lot of assets. But if they want to ensure a high draft pick in this year's draft with their own selection, an Arron Afflalo trade makes a ton of sense. Afflalo, who looks to be an all-star in a shooting guard-deprived conference, represents a sell high opportunity for the Magic. Teams always need shooters, especially ones who can sometimes create for themselves. Aside from maybe Omer Asik and our own Thaddeus Young, Afflalo might fetch the greatest return in a deal among players somewhat likely to be moved this year.

Meanwhile, the Milwaukee Bucks are just sad and have few players with high trade value. Ersan Ilyasova could fetch something, but not while he's playing so poorly.

The Utah Jazz have the worst record in the league already - they play in the tougher conference and have dealt with injuries themselves, as I've detailed before. But none of their core players are moving, or at least we believe this. The power of the Western Conference compels them to be bad. 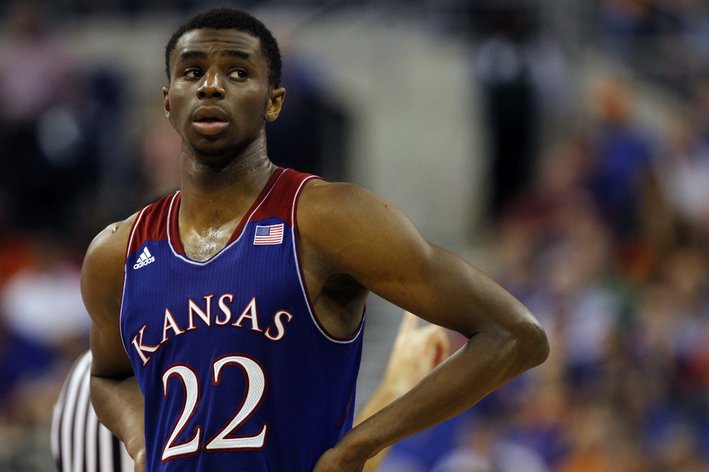 In this week's prospect watch, Rich goes deep on why the Wiggins criticism is out of hand and explains why he'd still take him number one overall.

The Sacramento Kings are mostly making moves to try and improve their team. I find myself in the basketball blogger minority by liking the Rudy Gay trade for them - he's still 27, and was once really good. He's still athletic, and I'm convinced that with the right coaching he can be at the very least salvageable, if not good again. They also traded away no players who will have a regrettable departure.

Meanwhile, my favorite selection for a sneaky-tanking squad is the Memphis Grizzlies. With so many Western Conference teams looking like contenders, the opportunity for an injury-stricken one like Memphis to tank is clearly out there. Marc Gasol will miss action for the foreseeable future. Several long-term contracts hamper their flexibility and improve-ability. A lost first-round pick in a cap-clearing trade may await if they miss the playoffs next year. Why not re-load and try to make your long-term prospects better. Adding a top prospect, or a return for a top prospect in a trade, while offloading contracts appears to be a very reasonable option. They already sport a bad scoring differential, and by sitting some guys and trading others (hi, Tony Allen and Ed Davis) their prospects could look bleak quickly in a painfully strong Western Conference.

The Pellies are hanging tough, at .500, only 1.5 games out of the Western Conference playoffs but with a tough stretch to come sans Anthony Davis. Right now it would be slated at 12th in the draft lottery order.

5. Orlando Magic - the Magic are probably too good right now to be true tank contenders with the Sixers, but as mentioned above, that could change.

4. Sacramento Kings - I think Rudy Gay will improve on his play in Sacramento. I don't think this helps the Kings escape from the bottom this season.

2. Utah Jazz - they're getting better, but the West is still so good.

1. Milwaukee Bucks - they're not getting better, but luckily a win-now mandate and some health luck could move this team up the standings.