Going Deep: The Fast and the Curious

Looking for meaning in how the Sixers have played so far and wondering if or how they can keep the pace up.

Share All sharing options for: Going Deep: The Fast and the Curious

The Sixers have played with a fun factor through the roof this year, mainly generated by the blistering pace the team has played with through 7 games. The team ranks third in the league in pace factor going into Sunday at 99.3, according to basketball-reference.com. By definition, that means the team averages over 99 possessions per 48 minute game, which is a lot - last year's slugs averaged just 91 per game, 20th in the league.

As we are wont to do, basketball people have been trying to figure out the reasoning behind the helter-skelter style the team employed. Not just because it's different than this team has shown, but also because the team has smart leaders who do think about these things extensively. Also, this team was supposed to suck and hasn't yet, which is freaking people out.

My favorite response to the strategy came from Hoop 76's Tom Sunnergren, who a few days ago wrote about the double-sided effects of the Sixers speedy strategy. He discusses a topic that's coming up more in sports recently (mostly due to mainstream NFL exposure from Bill Barnwell and other national writers): David and Goliath strategies:

Using a high-number of possessions in a game is a low-variance, or Goliath, strategy. The concept is a simple one: if a team thinks it’s better than its opposition, it wants to increase the total number of chances it gets to prove that, reducing the odds of a fluky outcome. Though the likelihood of a flipped coin coming up heads is exactly .5, if you flip the coin just four times you could easily get tails four times in a row. But if you want the heads/tails distribution to get as close as 50-50 as possible—as close to its true outcome as possible—you want to flip the coin as much as you can. Good teams that play at a breakneck pace (think last season’s Nuggets) are simply taking a coin they believe is loaded in their favor, and flipping it a ton.

Here’s where it gets interesting. If we’re assuming the Sixers don’t really want to win this season—and, compelling arguments about the relative merits of this strategy aside,that’s probably the safest assumption—using this kind of low-variance Goliath strategy is one of the surest ways to make this happen. By fielding a bad team, and increasing the amount of chances (or possessions) the team gets to demonstrate its badness, the Sixers are ensuring more losses pile up.

But there's a few complicating factors in this process. One Tom mentions was the basis of Jake Fischer's post the night the Sixers moved to 3-0 and retained the BELT over Chicago - that executing the strategy with a well-conditioned team could make it one where the Sixers excel over their opponents due to their exhaustion. The statistical effect has predictably dwindled with the more games they play, but the idea still holds water.

The second complicating factor I can think of is the way the Sixers have been defending all season. As broken down by Mike Prada for our SB Nation NBA parent site, the Sixers have used an aggressive, swarming defense in an attempt to force turnovers (and thus easy opportunities). Here's Mike explaining it better than I ever could:

...their defense is specifically designed to force transition opportunities. Most teams play soft zones when defending pick and rolls, but the 76ers gamble in order to force steals. When teams run side pick and rolls, Philly doubles the ball-handler and has a third defender rotate over quickly to try to force a steal.

The 76ers are basically ignoring the shooters on the opposite side here, which makes them vulnerable to great ball movement. But if they get a steal or at least force wild passes 40 percent of the time, it's worth it to maintain their style.

My takeaway from that: the Sixers are gambling with leaving shooters open to generate better offensive looks. The success rate depends on the opponent's conversion rate from three and the success that the gambles have. Which is actually more of a David strategy, considering the high variance in outcomes.

The Sixers have both elements of a team playing with an underdog strategy and with a dominant strategy. What are we supposed to make of this? Are they trying to lose by playing basketball the right way? Are they trying to squeeze out wins by employing a risky defensive strategy? I have a few comments, both on things already mentioned and a couple of anecdotes of my own.

I should mention what I ultimately think now: the Sixers strategy is not based necessarily off David or Goliath ideas, but on an attempt to maximize the talent the team currently has. Also, what they're doing is unsustainable. But first, a cool look into what they've been able to accomplish to this point:

- Through 7 games, the team is averaging nearly 41 shots per game at the rim this season, up over 8 from their average a season ago while also converting a greater percentage of attempts (58% vs 54%). Now combine that with the stat I mentioned at the beginning of this post about the team's increase in pace. In essence, the extra possessions the Sixers have generated so far this year compared to last have all resulted in shots at the rim. Which is sort of incredible.

- The defensive gambles have worked to the team's advantage so far, with an above-average defensive rating through 7 games. Compared to their defense so far last year, they are actually better on a per-possession basis so far.

- Which is to say, even if generating a greater number of possessions ensures that the team's lack of talent should shine through, as currently constructed the team is playing basketball too well to tank because they are creating excellent opportunities far more often than anticipated and have not lost anything defensively while doing so.

So, what the Sixers have done is pretty impressive considering what they have to work with, and probably not too much based on luck as much as small sample size. In this case, the SSS more affects team game planning and not necessarily things like bad bounces, which is more luck-based.

"As currently constructed" is the phrase which bears repeating. Fans and league-wide personnel expect the Sixers to move their veterans at the trade deadline, and the increase in both pace and efficiency should make Thaddeus Young, Spencer Hawes, and Evan Turner all much more attractive pieces as the season moves along. As first brought to my attention in Kevin Pelton's chat last week, increased production from all three veterans could increase their trade value, which is a nice side-effect of an increased pace.

Brett Brown came from the Spurs organization, which routinely gets the best out of its players and succeeds despite a perceived talent gap. Tasked with developing a series of incomplete or raw players, Brown the coaches have simply taken steps to make the players adapt better to the NBA. 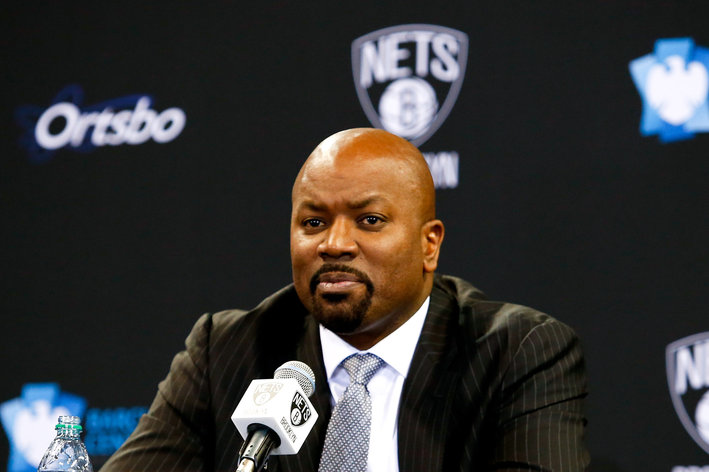 Dave Rueter is funnier than you. And he can make Kenny Thomas more than memorable.

Brown has the Sixers achieving the preferred goal of any modern NBA offense - getting shots at the rim, the foul line, and behind the three point line, as they provide the greatest value. Defensively, he has the team playing to its strengths - long, rangy defenders who also happen to be young and undisciplined are using their range and playing undisciplined defense. It seems like he's trying to win games, the job of most basketball coaches. The style makes a lot of sense when you think about it as the way in which the coaches have decided the team is most likely to win with.

Eventually, I believe that reality will catch up to the Sixers. For one, opposing teams are hitting threes at a near 40% clip against the Sixers, yet the team has an above average defensive rating. I don't expect Spencer Hawes to be a world-class rim protector all season to keep the defense alive. And as the team's steal rate declines - which it will, because teams will figure out the defense - the outcomes will hardly ever be in the Sixers' favor. Combine that with the likely trades of the players whose values might be inflated, and then you're left with a shell of a team.

But then again, if losing is the goal, the outcomes likely will be ever in the Sixers favor. The Sixers are Davids, the people running this team know it, and they know losing and player development combine to form the path to becoming a Goliath.