In which I make a bold prediction while hedging my bets like crazy.

In a world in which the Sixers are the worst team in the league, bereft of top-line talent or medium-line depth, someone still has to take lots of shots and, by default, make a few. It won't be Thaddeus Young, though he's undeniably the team's best player and most attractive human asset. Not Michael Carter-Williams either -- at least not at first.

It's gonna be Evan Turner. And he'll have enough opportunities to run the offense that I am making a BOLD PREDICTION that he'll be an All-Star this season. You may now commence the witch-burning session.

During my annual Renewing Hope with Evan Turner, I began to rally myself behind the idea that Doug Collins poisoned Evan with the Tears of Lys (or just coached him into bad habits). With a new organizational philosophy and a head coach without Doug's ego or horrible-fitting dress shirts, Evan figures to not only have more opportunities -- he'll have tools to cash in on them more efficiently. 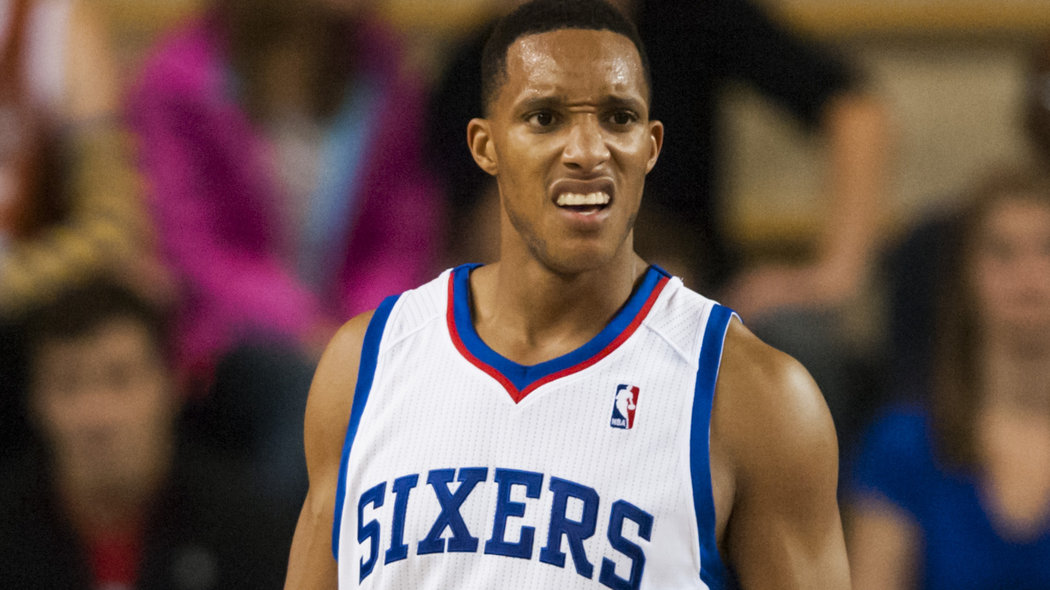 The Sixers will have a choice to make on Evan if he stays the season.

Ultimately it boils down to whether Evan can finish with a better percentage at the rim and if he can keep getting to the foul line. So far so good in preseason -- he's averaging over 7FTs per game in less minutes than he'll play during the year.

I'm confident he'll get the stats. Especially early on, they'll rely on him heavily while MCW finds footing and Zumoff scans the floor again and again for Jrue Holiday to no avail.

Those'll tail off once MCW and the kids get a bit comfier behind him. Also, as Jrue taught us last year, you can only carry an awful team on your back for so long before you have to lie down and suck for a while. I'm content with that word choice.

Evan's gonna be our Ricky Davis. Unfortunately, Ricky was also on a baaaad team in his best season, 2002-03 with the 17-65 Cleveland Cavaliers, coached by none other than Rueter household legend John Lucas. Because of that team's badness, in addition to Ricky's neglect for the defensive end and playing like he has teammates, the '03 All-Star Game did not invite Pretty Ricky to its festivities in Philly.

ET plays defense and comes with more prestige than Ricky did, but the concerns about the Sixers' horridness keeping Evan from the ASG are valid. I choose to think the narrative will take over and the BUST: OVERTURNED label will come into effect when he starts putting up those big point totals amidst waves of crushing defeat. Nobody wants to point out how much Evan's been written off by the media more than the media. In the more acceptable realm of possibility, I think he's a strong candidate for Most Improved.

Evan Turner, All-Star. Then immediately traded after. Book it.

Semi-believable dialogue from that future:

Kid's got range -- that stepback 25 footer has been actually catching some rim lately.

The Sixers start in a week. Best to tie up your social loose ends between now and then because after that we are going to be just swamped with tanking memos.

Barenaked Ladies, play us off.