According to a number of recent message board posts, the Sixers' recent play has left a lot of people depressed. Hopefully, this will make some of you a little less depressed. 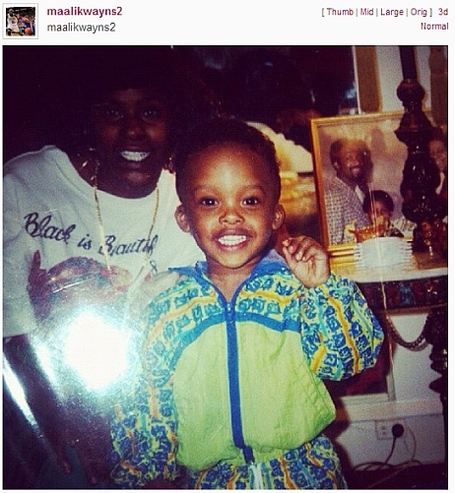 We all have pictures of us wearing... unfortunate outfits when we were younger, so I can't laugh TOO hard at this picture of Maalik Wayns. In fact, the photo is made 13 times better by his mother's "Black Is Beautiful" shirt in the background.

For those of you who are too young to remember, much of the fashion in the mid-to-late '90s was (sadly) inspired by The Fresh Prince of Bel-Air.

Before Will Smith was a Oscar-nominated actor, he was a rapper who enjoyed "maxin' and relaxin'", "shooting some b-ball outside of the school", and wearing crappy clothes. These clothes found their way into stores across the country, and even onto the back of one Maalik Wayns. Therefore, this photo is Will Smith's fault. 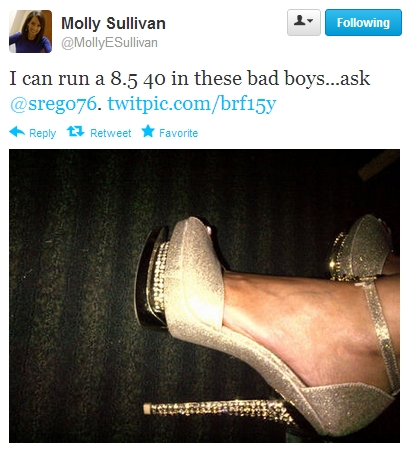 If this is true, then Sixers' sideline reporter Molly Sullivan is actually faster than: 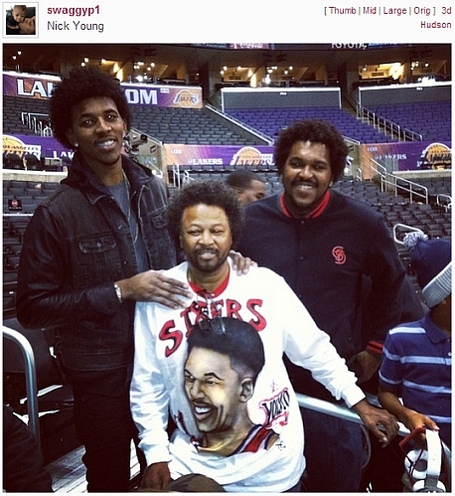 If you thought Nick Young's hairstyle was an isolated case, au contraire, mon frere: It is officially a trend. Well, it's a trend in the Young family, anyway: His father and big brother are also going the #YOLOFRO route. I'm really going to miss this dude when he's not on the team anymore.

I'd like to take this time to point out this picture from Sixers' PR director Michael Preston of Nick Young standing in the USC practice gym. The facility happens to be adorned with at least three massive pictures of... Nick Young (they had to take the O.J. Mayo pictures down for obvious reasons). Our very own Michael Levin is actively trying to figure out a way to steal these photos get these photos into his bedroom. We'll be creating a Kickstarter for his bail money soon. 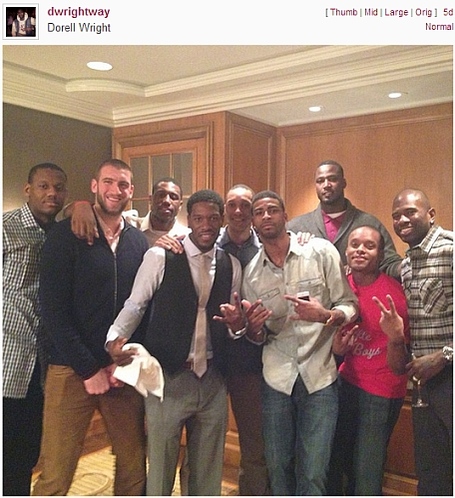 The photo of a number of Sixers getting together to celebrate the New Year was posted on a few of the players' Instagram feeds. Instead of giving your our reaction to the picture, here's a selection of some of the comments left on Instagram by various users. Their names have been omitted to protect the innocent: 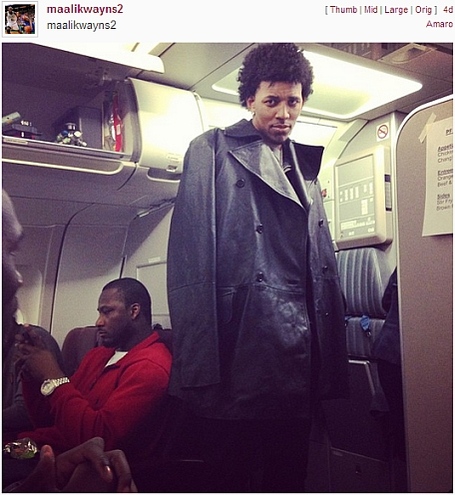 We've already told you how we feel about Nick Young's creep-like behavior on airplanes this season. So therefore... MORE ANONYMOUS INSTAGRAM REACTIONS.