In this edition of the Sunday Morning Shootaround, Jrue Holiday's Uggs make a triumphant return, Nick Young debuts his new hairstyle, and we learn that Damien Wilkins is the faux husband of a reality television star.

In case you missed Kami's post from earlier in the week, our very own Lavoy Allen is up for HoopsHype's Tweeter of the Year. Between posts about bowel issues, Andrew Bynum's hair and shameless plays for Stacey Dash's love, it's not hard to see why. But as one of the league's premier Twitterers, Lavoy should know better than to post photos like this one of his girlfriend.

Now that Brent Musburger and half of America's male population have satisfied their thirst for one Katherine Webb, I expect the inappropriate comments on Lavoy's picture to begin any second now. 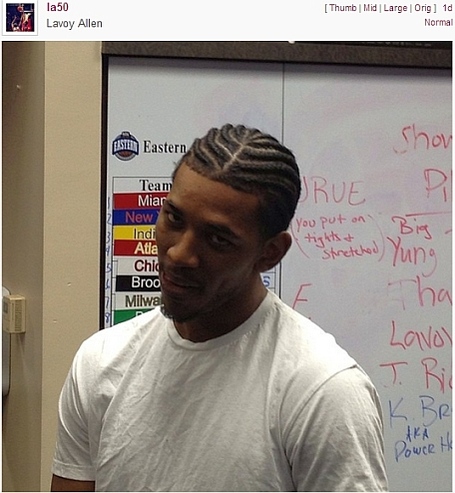 Is Swaggy P getting rid of his signature afro for good? Young tweeted earlier in the week about possibly making a change, and then we get this photo of him sporting Iverson-like cornrows (FWIW, he was also wearing a compression sleeve much like The Answer).

Lavoy Allen asked "A.I. back in Philly?" For starters, I would caution Lavoy not to use Iverson's name in vain. But more importantly, the best part of this pictue is what's BEHIND Nick Young.

"Jrue - you put on tights and stretched" is scribbled on the team's whiteboard, making that fact vitally important in the grand scheme of things. There are also references to "Big Yung" which I'm assuming refers to Swaggy UNLESS they mean "Big Yung Thad" Young (which would appear to be overkill). And at the bottom of the list, there's Kwame Brown, aka "Power House." I have a lot of choice names for Brown during the course of the game, and none of them are as politically correct as "Power House." 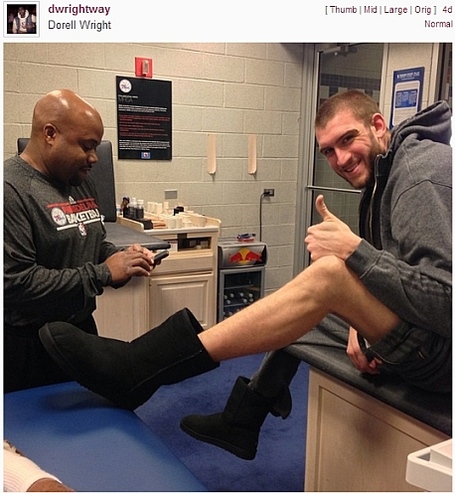 Either we're in the midst of an epidemic, or Spencer Hawes stole Jrue Holiday's black Uggs and took a photo while wearing them as a joke. I hope it's the latter. PLEASE be the latter.

Real Housewives of Atlanta cast member Kim Zolciak-Biermann tweeted a Happy Birthday shout-out to one Damien Wilkins. During his Atlanta days, Wilkins was actually the neighbor of the RHOA star, and Zolciak-Biermann refers to him as "the husband I don't have."

I'm sure that makes sense in some universe, but not in this one. 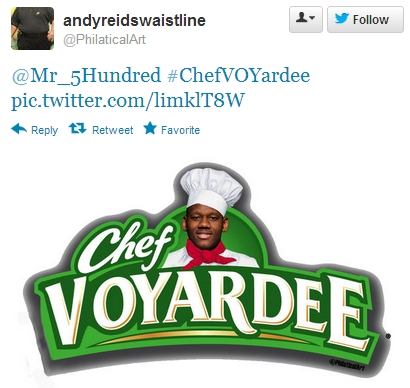