Let me say this. I love Spencer Hawes. This isn't about him as a basketball player. From his country pride to his being SO Pacific Northwest to his luggage modeling, I'm just a huge fan of the guy from a pure hilarity standpoint.

Which is why this is the best:

Stumbled across this gem of a report from 2nd grade today. Good timing. 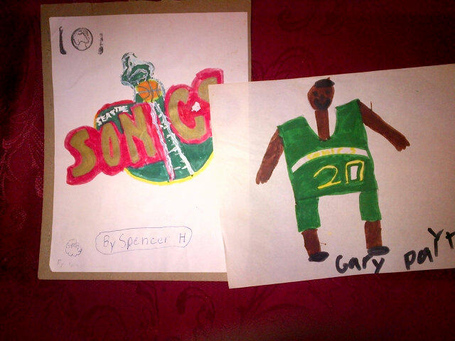 A few things that I love dearly about this, even though I could just say "everything" and you'd get it.

I wish I was in second grade with Spencer H. Now if only we can have a whole exhibition with artwork from all current Sixers, we'd be in business. I don't think it's hard to imagine Nick Young and Royal Ivey as painting wunderkinds.