A Farewell To All The Fallen Sixers

Share All sharing options for: A Farewell To All The Fallen Sixers

The Sixers had 14 players on their roster the night they were eliminated from the 2012 Playoffs. Only five of those 14 remain – Jrue Holiday, Evan Turner, Lavoy Allen, Thaddeus Young and Spencer Hawes.

Lately, we've been handing out warm welcomes like free candy, in one of the most volatile off-seasons in franchise history. The plethora of newcomers include: Arnett Moultrie, Nick Young, Dorell Wright, Royal Ivey, Kwame Brown, Maalik Wayns, Andrew Bynum and Jason Richardson.

We'll have an entire season to spend with the 13 (mostly new) players whom make up the current Sixers roster, but before we completely transition away from the era of mediocrity (!), a proper send-off is in order, for the off-season casualties.

We already said our tearful good-byes to Andre Iguodala, but he isn't the only departed Sixer who tickled our collective fancies. So, grab a kleenex, wipe your tears, snuggle up, and make the jump. 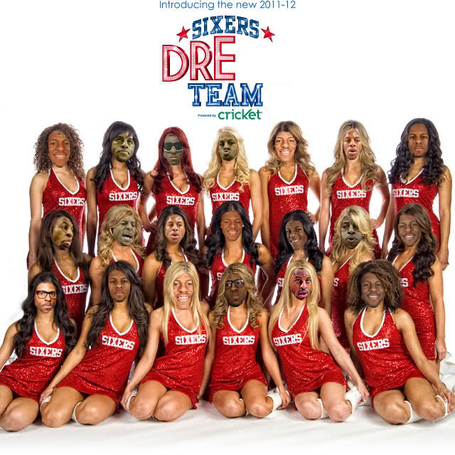 Best Quote: "On the free throws, [teammate] Tony Battie gave me some advice," Iguodala said. "He said, 'Think of something you love when you're shooting free throws,' because I've been struggling all year. I thought of my son, and it was easy after that." 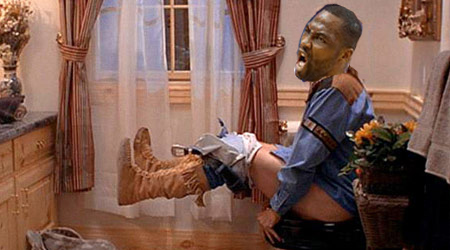 Greatest Sixers Acheivement: When he was named one of the NBA's 'Hottest Players'

Best Rap Lyric: "I made my first million, before I ever got laid."

Bossiest Play: When he dagger'd the Dwyane Wade and the Heat, in the Playoffs (video here)

Best Story: When he bought a would-be robber dinner at McDonald's. 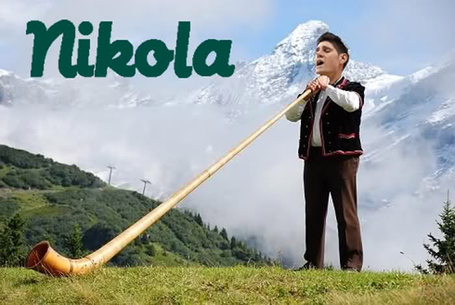 Most Unlikely of Hobbies: Playing the keytar 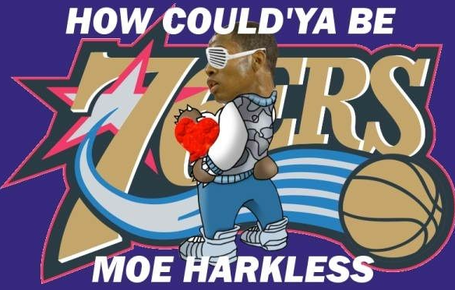 Coolest T-Shirt That Never Was: 'How Could You Be Moe Harkless' *Kanye Voice*

With that, we officially say good-bye to the Sixers we knew and loved, and usher in a new era of basketball.
OMG ANDREW BYNUM.