Share All sharing options for: Battle of Swag: Lou Williams vs. Nick Young

The Sixers let Louis Williams walk to Atlanta in favor of a one year deal for Nick Young. While people are split between how Nick will match Lou's production, whether Kwame Brown will be Kwame Brown, and if Nick or Dorell Wright will be The Guy To Start In Front Of Evan Turner, there's really only one thing we care about.

Based on numerous Twitter conversations (Spike Eskin was involved in each of them) I have set out on a mission to figure out the State of Swag on this Sixers team.

What's in a name? Young goes by "Swaggy P" because "it's a mystery". Having "swag" in the name certainly helps, but his Twitter handle loses a G due to budgetary lettering constraints to become "NickSwagyPYoung". Does losing the G make you more or less swaggy? I'd say less. More on that in a minute.

Lou Williams is the Boss. Or Tha Boss. Or THA BOSS. Or just BOSS. His style of play can also be characterized as BOSSy. Sometimes he is BOSSin'. I can't say the same for Nick Young. His gameplay is close to swaggy, but is at least a few Antoine Walker Shimmies away from being truly swaggy.

VERDICT: Nick Young, can't get more swaggy than Swaggy, lost G or not.

Everybody knows about Lou's association with Meek Mill for his IMMA BOSS video, from which his nickname arose. But just because we've heard it a million times doesn't mean we shouldn't appreciate its beauty. The "made my first million" line gets the most credit (and referenced by Tanner in his MVP speech) but "I'm a boss, I get cake, you making money? Give me a break" deserves more credit. Cake on its own has a ton of swag. Especially cookie cake, which is what Lou is referring to, I'd assume.

I had to do some digging for Nick's rap skills but I did find a video of he and Javale McGee rapping at a Benihana. Without further delay, here's that video.

Anytime you can bring "Shrimp Tempura" into a rap, you're set. Plus being at a Benihana is perfect. Oh and Javale is there. And the dance at the end. Lotta great stuff all around.

Lou is from Lou-Will-Ville, AKA Atlanta, AKA Hotlanta, AKA The A-T-L, AKA The A. Stone Mountain, Georgia is one of the swaggiest places on Earth. He was going to go to the University of Georgia before declaring for the draft.

Nick hails from Los Angeles, specifically The Valley, just west of Sherman Oaks in Reseda, CA. He went to Cleveland High School in Reseda, which is pretty ironic of him. He stayed here by going to USC and looking really good in Trojan Gold.

VERDICT: Young! Bias! LA is basically the birthplace of swag. "Tightest city on the planet", son.

Tanner wrote a whole article that four of us read about Nick Young's sneaker game. I assume that means it's good. When I asked him how Lou's sneaker game is, he responded: "Converse. Ew." 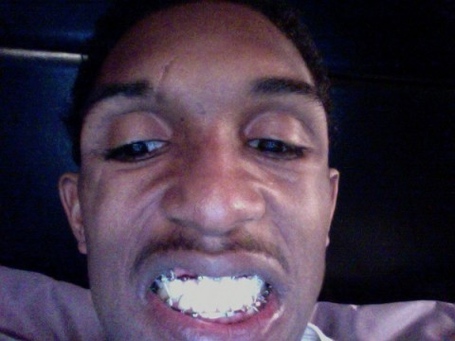 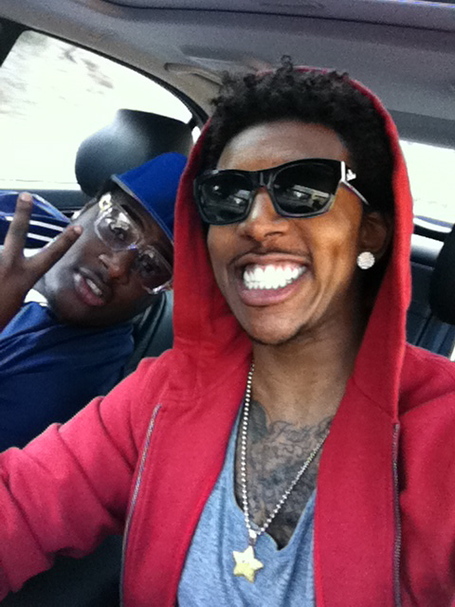 VERDICT: Nobody is as frequently and frustratingly smiley on the court as Nick Young. This one isn't close.

Lou signed with the Hawks for 3 years, $5 million per year. Nick is in Philly for 1 year, $6 million. 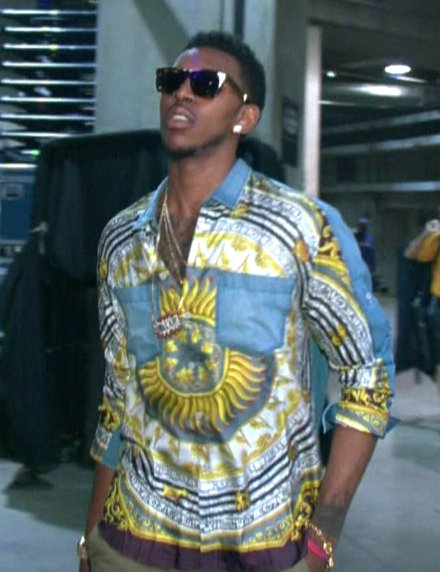 It's Nick Young. However BOSSy Lou may be, we've more than made up for it by bringing in the Sir Swaggyness, Swaggified, Swaggerific, Nick Young. I'm feeling pretty good about this season now. All we have to do is find a new Blog Dad for Orestes Meeks' departure. I wonder what Dorell Wright's dad is like.