Share All sharing options for: Should the Sixers Target Recently Waived Ronny Turiaf?

One of the guys who switched jerseys in the 2012 NBA Trade Deadline, Ronny Turiaf better not have gotten comfortable in Denver because he was just released. Former Wizard (does that make him a Squib?) Javale McGee will remain a Nugget, but Ronny will be hitting the open market. He's nursing a hand injury and hasn't played since January 1st, but is he a target for Rod Thorn and the Sixers?

Statistically, he shouldn't be. He's never been a particularly GOOD basketball player and it's not because he hasn't played enough minutes to do so. He's a poor rebounder (career 16.7 DREB%), lousy defender, and can't score on anything but putbacks. I suppose you could say he's a good off-ball shotblocker, but he hasn't had a block rate higher than 5% in four years.

On the flip side, he went to Gonzaga, he's a French black guy (the coolest kind), and he had open heart surgery before his rookie season. And he's extremely efficient in the shots he does take. He just doesn't take many shots outside of two inches, which is fairly fine. The words "toughness" and "hustle" will absolutely get thrown around and because of that, people will assume he's a good rebounder. He's not, but he is certifiably awesome and would be the anti-Speezy on the bench. If Spencer Hawes ends up not being able to come back at full strength this season, Doug may want to add to the big man crop on the bench seat that Andres Nocioni just vacated.

Is Turiaf someone you want? Does another available name appeal to you, in the D-League perhaps? Or are the Sixers so far removed from actual contention that it doesn't matter? The Celtics may be interested. Let's talk about it below the fold, where you'll find Toastioni waiting for you. 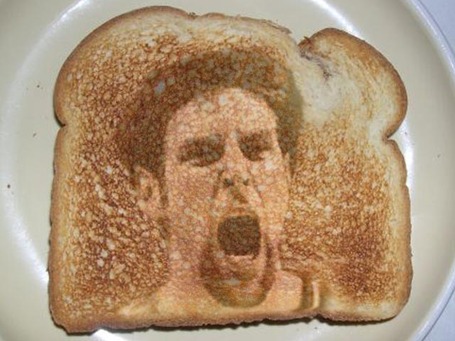