Against the Celtics, we did an email thing which you guys seemed to enjoy. For the Knicks game, I snuggled up to Posting and Toasting's Seth Rosenthal, who has less shoulder hair than you'd think, and stole everything he usually does for pregames to see how you fancied that. Hit the jump for odd things and Knick things.

What's up with the Knicks:

From Seth himself (full name: Sethth), who I told the Sixers about on the flip side:

Everything is sad and bad and everybody's mad. Jeremy Lin isn't playing like an MVP candidate anymore, Carmelo Anthony can't seem to do anything to please us, Amar'e Stoudemire has only just recently started to look like himself, and Mike D'Antoni has yet to figure out how best to employ the deep bench now at his disposal. New York has lost four straight games and they're sliding toward the lower threshold of playoff contention. Knicks fans-- patient, understanding souls that we are-- want to trade and/or fire and/or maim pretty much every member of the organization. This is UNACCEPTABLE. It's a DISGRACE! #UNACCEPTABLE #DISGRACE #FIREDUMBTONI

So, yeah, the Knicks will be looking to right themselves against the Sixers. It'll be their first home game after that 0-for-four game road trip. They'll be getting Tyson Chandler back, which is good and should improve a defense that had been horrible enough to frighten children and pets in his absence. Of course, Chandler'll be coming off a strained hamstring and still recovering form a bruised wrist, so it won't necessarily be the 100% rowdy Tyson we're used to.

One thing to look for: Jeremy Lin and Baron Davis played pretty nicely together as a tandem in Friday's loss to the Bucks. New York's shooting guard situation is a little uncertain right now (Iman Shumpert and J.R. Smith have each started a game recently, but Landry Fields will be back in that spot on Sunday), and that pairing might see quite a bit of court time.

That's what's up. The Knicks kinda need this win, so if the Sixers wouldn't mind just like hanging out and allowing themselves to be beaten, it would be much appreciated. Thaaaaaaanks.

Jeremy Lin - Jeremy claims to have lived on Landry Fields' couch for some time before he got his own place, but he really lived under the couch in the dark space under the couch flaps. He calls it his Emo Den and goes under there to read books about the respiratory system and think about Death Note. He's patiently waiting for some fatally ill teen to ask him to prom on Youtube.

Iman Shumpert - Shump leads the league in posture and wide sternums. He hasn't been to the dentist in a while but he flosses semi-regularly so it's not a problem yet.

Mike Bibby - Has a cup of oatmeal for breakfast every morning and routinely loses his contact lens in the oats.

Steve Novak - Steve once made a statue of himself composed entirely of light green post-it notes.

J.R. Smith - While in China, J.R. was involved in a real-life version of How to Lose a Guy in 10 Days. He now has a greater respect for all the hard work Matthew McConaughey puts into his films.

Adventures in Impersonating Jared Jeffries on Any Internet Comments Section

lakerssucklakerssuck: Not fooling anyone, dude.

You: No seriously, like, I'm Jared Jeffries. I play power forward center power forward a position on the New York Knicks basketball club.

TopGunGuy1: HAHAhAH get a lyfe.

You: :( I just wanted to come by and say thank you for watching....

You: I know Lou! He's a good guy. We went to McDonalds together once.

BasketballFan2001: Hi Jared! I'm a big fan. I'm 10 years old and I've been watching you play basektball since I was 8!

You: Hi BasketballFan2001! I think I remember you!

You: Sorry guys - this was fun but the new episode of Pretty Little Liars is coming on. My girlfriend loves that show! L8r.

Jake Delhomme: You don't have a girlfriend.

What did these Knicks players look like when they were younger? 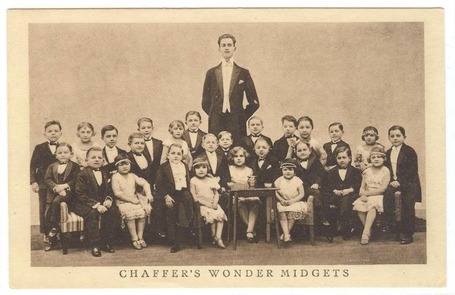 And now you're fully prepared for the Sixers/Knicks game!