If you were to go through all of the Sixers' social media posts for the past week and find the funniest ones, it would take a long time. So we do it for you. 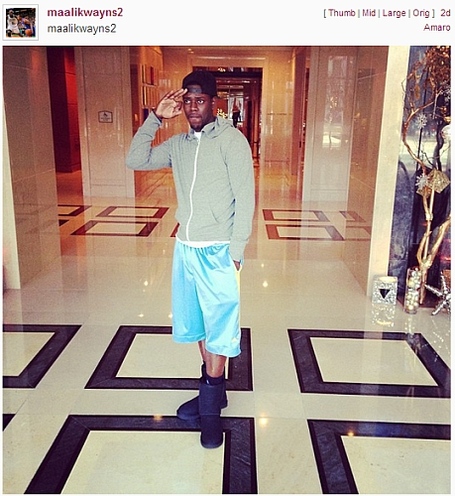 A little "inside basketball": Back on Friday, our very own Kami Mattioli e-mailed this picture to the LB crew with the following note...

Please tell me someone else saw this photo of Jrue on Maalik's Instagram. Yes, those are Uggs.

So there really wasn't any way that we could ignore this picture this week. But my response to Jrue's fashion faux (fur) pas is simple: In 2012, the only men who should be wearing furry boots are vikings, or those who believe that they are actual vikings.

The lone exception to this rule is New England Patriots' QB Tom Brady. When you have three Super Bowl rings, home birth your own baby in a bathtub, make tens of millions of dollars per year AND have a model for a wife who earns even more than you, then you can do whatever you damn well please.

And thanks to Kanye West, Jrue Holiday was only the second-worst dressed man in furry boots this weekend. 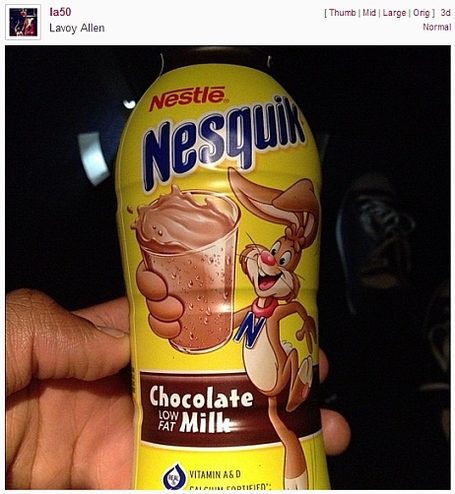 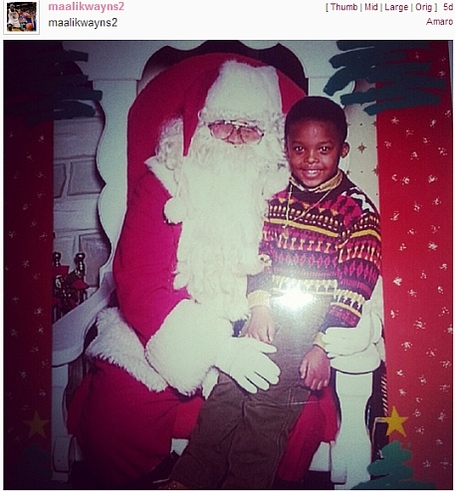 The thing about potential blackmail photos is that if you post said pictures yourself, then they can't ever be used against you. I'm sure that's what Maalik Wayns was thinking when he threw this photo of himself on Instagram from way back when. Just be careful of where you put that right hand of yours, Santa... 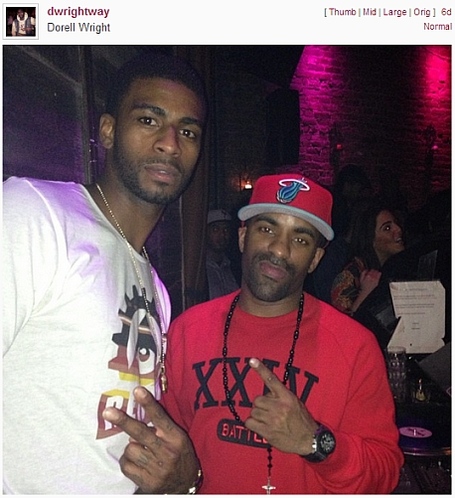 Props to DJ Clue for staying relevant enough to hang out with athletes even though he hasn't done much of note in the past six years.

The last of the three "Professional" mixtapes came out in 2006, and they only had four good songs between them ('Ruff Ryders Anthem', 'It's On', 'Back To Life 2001' and the 'Change The Game' remix with the Dogg Pound).

Nothing for nothing, Clue was probably the best radio DJ in the world 10 years ago (DJ Jazzy Jeff and ?uestlove are better live DJs, and Funkmaster Flex was, and always will be, extremely annoying), but he made his name off of albums that came out when the man who he's hanging out with in this picture had an S-curl. 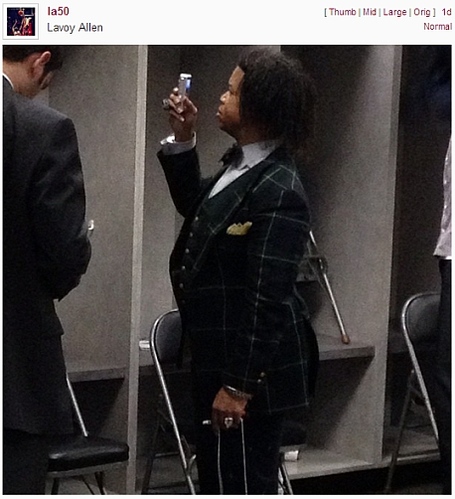 Hold up... wait a [redacted] minute... there's actually another grown man who has the same hairstyle as Andrew Bynum?

How is this possible? When you go to Supercuts or Sport Clips, can you now ask for a "Bynum" just like women used to ask for a "Jennifer Aniston" back in the '90s? I don't remember seeing this on The Barber Hairstyle Guide growing up.

The best part about this is the fact that the man was allowed into the Sixers' locker room (security, anyone?). And for those of you wondering... yes, this is indeed the Earth-2 version of Andrew Bynum. If our Bynum is able to absorb the life energies of this Bynum (kind of like Jet Li's alter egos in the movie "The One"), then his knee should be healed in no time.