In this edition of the Sunday Morning Shootaround, we show Evan Turner some love for his shopping habits, give you our thoughts on Andrew Bynum's latest hairstyle, and tell you the most effective way to use social media.

As Evan Turner points out, social media is a haven for passive-aggressive updates on people's lives (Or, in the case of Stephen Jackson, aggressive-aggressive).

This subject deserves an examination that is far beyond the scope of this blog, but here's a brief primer of what you should and shouldn't post online:

GOOD POST: Breaking news
BAD POST: Anything related to horoscopes or relationships ("Arnett Moultrie just changed his relationship status with Doug Collins to 'It's complicated.'")
GOOD POST: Cool YouTube videos (particularly those involving Gerald Green dunks)
BAD POST: A blow-by-blow account of your morning routine ("Bout to make this paper #WorkFlow")
GOOD POST: Instagrammed pics of the meal you're about to eat at a restaurant
BAD POST: Post-LA Fitness updates ("Just got back from the gym #WorkoutFlow")
GOOD POST: A carefully crafted playlist in Spotify
BAD POST: Those #NP updates listing every song played throughout the day ("Bout to listen to this Pearl Jam #EvenFlow") 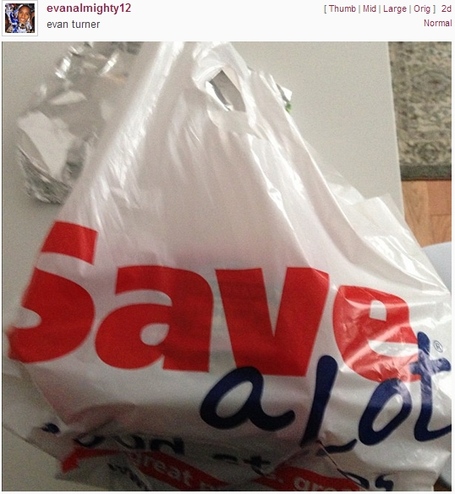 ESPN recently ran a documentary called "Broke" that profiled athletes who blew through all of the money that they earned during their playing days. Evan Turner probably won't be featured in "Broke 2" because, even as a young buck, he realizes the value of a dollar.

To me, this - and not that inconsequential assist-to-turnover ratio stat - is evidence of good decision making. How many people making $5 million per year choose to shop at a store that they can buy 100 times over? Proud of you, ET.

And in case you were wondering, Save-A-Lot is second behind Bottom Dollar (but just above Aldi) on the Definitive Power Ranking of Discount Grocery Stores.

I'd like to use this opportunity to take back everything good that I've ever said about Evan Turner.

There's nothing wrong with riding for your boy, but using the words "Mark Sanchez" and "legends" in the same sentence is a violation EXCEPT if that sentence is "I thought I saw Mark Sanchez on an episode of 'Legends of the Hidden Temple' back in 1995."

Sanchez most impressive statistic might be 4: The number of famous dimes that he's dated over the past three years (Kate Upton, Eva Longoria, Jamie Lynn-Sigler, Hayden Panettiere). Maybe Sanchez is a legend after all... 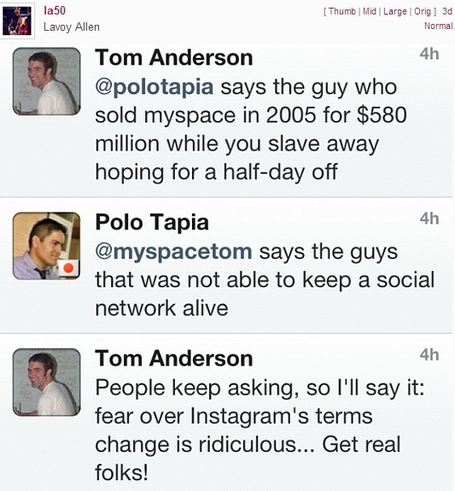 This repost from Lavoy Allen has nothing to do with the Sixers - it's merely the greatest comeback of all time.

Public service announcement: Unless you have a lot of money, don't try to go toe-to-toe on social media with a famous, rich person, because they will always play the money card, and at that point it's game.... blouses. It's like when the guy slams the domino in the "Gin and Juice" video - you can't win.

And as Jimmy Williams (@jwtheblueprint) pointed out, MySpace Tom still uses this picture on every major social media site (Myspace, Twitter, Foursquare, LinkedIn, and even Ghost Town Google+) even though he looks way more emo now. 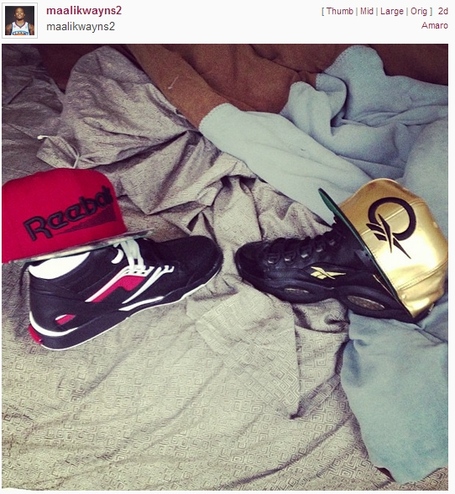 Most of us at Liberty Ballers aren't sneakerheads (Tanner Steidel is the resident expert), but we all know that these black-and-gold Questions are EVERYTHING. For those of you so inclined, these go on sale December 29. Again, this post by Maalik Wayns has little to do with the Sixers, but it's a great excuse to link to random pictures of Allen Iverson.

It's amazing that Reebok's best-selling basketball sneakers of all time were first released 16 years ago, and the man whom they were designed for is now spending his days playing in China with guys who used to be on the And1 Mixtape tour.

Love you, A.I. Tell Skip to My Lou that I said hello. 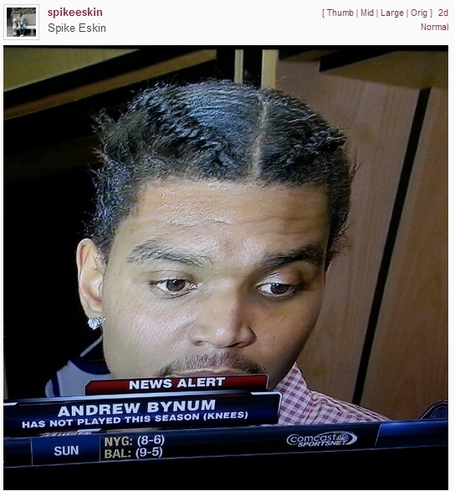