The 76ers may be in third place in the Atlantic Division, but they're in first place in our hearts. And our Instagram feeds. 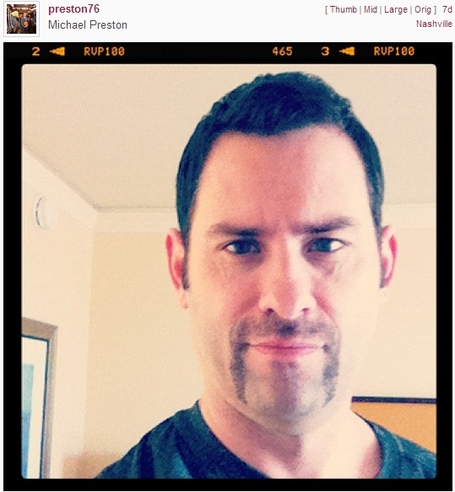 If you noticed a higher incidence of facial hair over the past month, you can probably chalk it up to "Movember": a month-long event designed to raise awareness for male cancers.

Some use Movember as an excuse to experiment with the idea of growing a mustache and/or beard, while others - such as Sixers' PR director Michael Preston (henceforth known as He Who Strategically Places Himself In Front Of Cameras) - choose to go the Aaron Rodgers route with this monstrosity on his face.

Sadly, not even the Instagram Nashville filter can save this picture. On the bright side, if Preston is ever invited to a "Dodgeball"-themed holiday party, he'd serve as the perfect White Goodman. 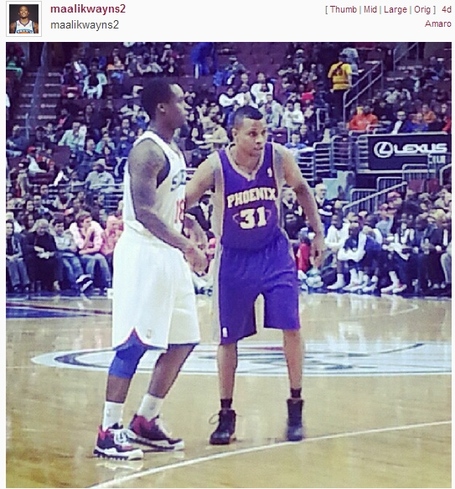 Maalik Wayns posted the following caption on the photo above: "That moment when ya idol become ya rival!!"

A little more than a month ago, we warned you in this very space that we needed to concern ourselves with Wayns' decision making skills. So not only does he think Meek Mill's "Dreams and Nightmares" is better than Kendrick Lamar's "good kid, m.A.A.d. City", but he (apparently) looked up to Sebastian Telfair growing up. This is disconcerting.

To be fair, Telfair has been able to last in the NBA for more than eight seasons even though he's a career 39.3 percent shooter. That said, I'm sure that we'd all prefer our backup point guard to idolize a player like, say... Chris Paul, maybe? 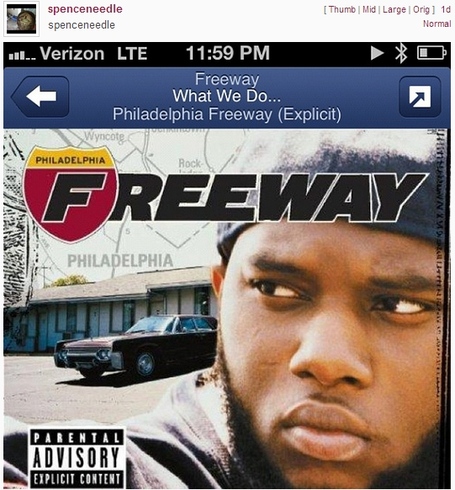 Ever since he professed his love for Meek Mill a while back, the novelty of Wight Howard Spencer Hawes liking hip-hop music has worn off. More importantly, kudos to him for giving some shine to one of the most underrated albums in recent memory.

"What We Do..." is the clear banger on the disc (Are we still calling them discs anymore? Do people still purchase physical CDs at "The Wall" or "Sam Goody" these days?), but "All My Life", "We Get Around" and "Line 'Em Up" are CRIMINALLY slept on, and "Flipside" goes insanely HARD. You may remember the latter song from a pivotal scene in the film "You Got Served", which (in my opinion) happens to be the "Shawshank Redemption" of dance movies. 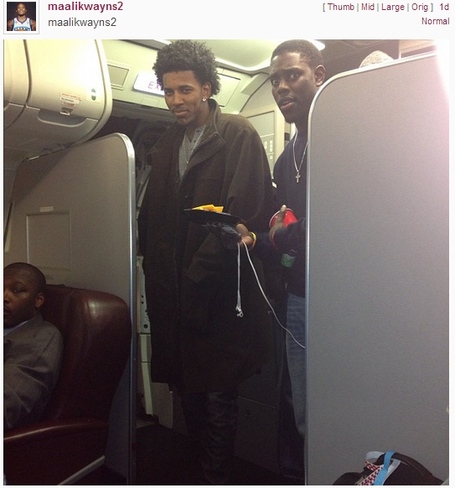 This picture was taken on the Sixers' team plane before they flew out to Chicago this weekend. Since the power of telekinesis is not yet widely available, I'd pay good money to find out what Jrue Holiday was thinking when Nick Young arrived for the flight looking like that. If a picture is worth a 1,000 words, Holiday's expression covers about 887 of them alone.

Ironically, Swaggy P missed the game against the Bulls with a hyperextended right toe. That injury seems apropos since he hyperextended the laws of fashion with this outfit. 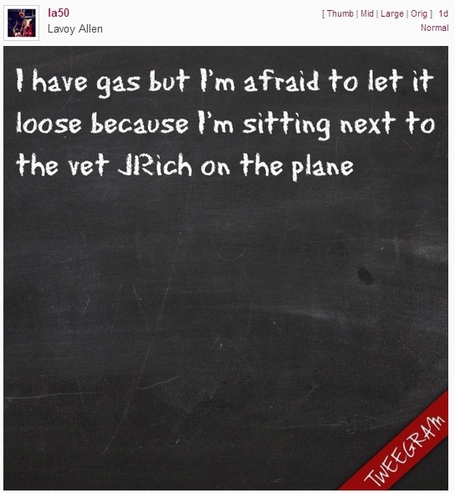 Where to start? How about with these responses:

@preston76 (Michael Preston): I hope Stacy Dash follows you on Instagram, just for this.

@evanalmighty12 (Evan Turner): Don't you ever be scared to express yourself fluidly @la50

Not even a month after Allen's "Half-Court Heave of Love", he posts this on his Twitter feed. If he truly wanted Stacey Dash to follow him, he would refrain from referring to bodily functions as women typically do not find them sexy. At all. Whatsoever.

And Turner's "express yourself fluidly" response? Excuse me? I really hope that doesn't mean what I think it does.

Props to J-Rich for sitting allowing Allen to sit next to him - I figured that there was some sort of unspoken hierarchy that gives the vets the seats in the back while the younger players are forced to go up front. And Arnett Moultrie? He has to sit in the cockpit away from everyone else.