In this edition of the Sunday Morning Shootaround, we celebrate the 18th anniversary of Willie Burton's greatest achievement, send some love to Jrue Holiday, and put together a pitch for the greatest television show of all time. 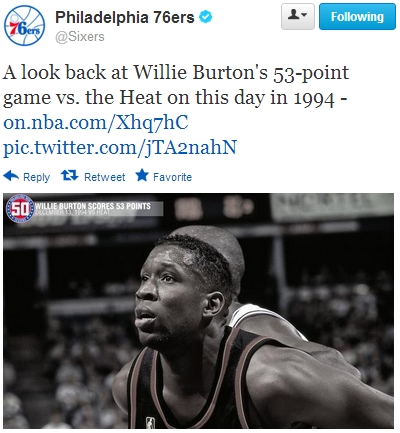 No Sixer - not Julius Erving, not Charles Barkley, not Eric Leckner, and definitely not Kurt Nimphius - ever scored more points at the Spectrum than Willie Burton (no relation).

Back on December 13, 1994, Burton dropped 53 in a 105-90 victory over the Miami Heat. While Burton shot 12-for-19 from the floor on the night, he was a ridiculous 24-for-28 from the free-throw line. To put that in some perspective, the Sixers as a team have only had two games this season in which they've managed 28 or more free-throw attempts.

Fun with advanced statistics: Willie Burton's true shooting percentage that night was .846, and his offensive rating was 182. Conversely, Clarence "Baby Barkley" Weatherspoon was 4-for-20 in that game (10 points), and finished with an offensive rating of 51. 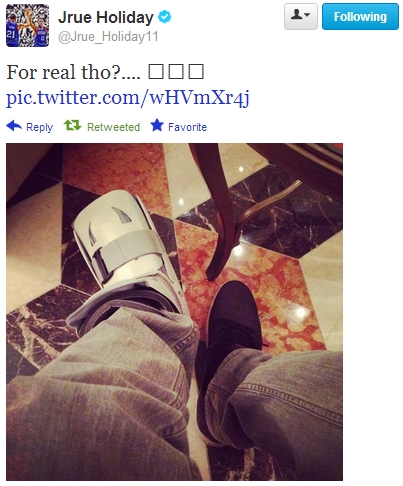 Much like most other teams in the NBA, the Sixers can't afford to be without their best player for an extended period of time. Get well soon, Jrue. We'll be playing this song on a continuous loop until you get back. 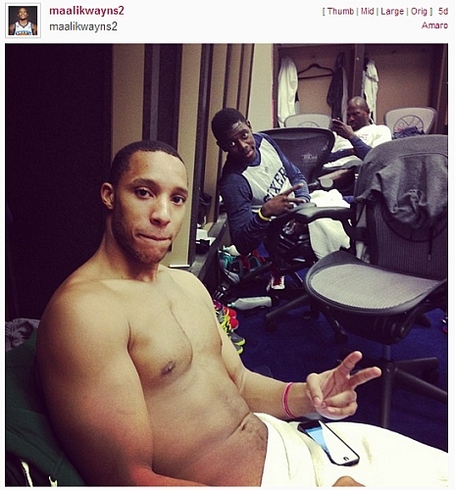 Sixers' backup point guard documentarian Maalik Wayns continues to take us behind the scenes of his first year in the NBA. One question, though: What's the protocol for taking pictures of your half-naked teammates in the locker room?

Turner probably didn't mind since he probably thinks he's the second coming of "The Narcissist" after putting on a few pounds this past offseason, but I'm sure Kwame Brown would not have been quite as receptive. 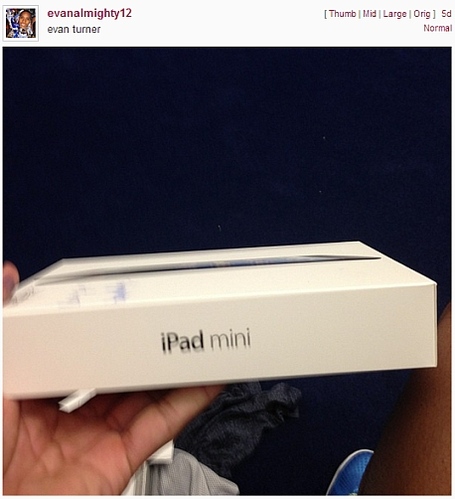 Props to the Sixers for giving everyone on the roster the second-best tablet on the market just before the holidays (#TeamAndroid). I'm sure the purpose of distributing the iPad minis was so that the players could use them to look at game film, but after a thorough investigation, we've already found a number of unapproved apps loaded onto these devices:

We're not entirely sure why, but Nick Young took to Twitter last Sunday night and bared his soul while watching "Love and Basketball."

In response to this out-of-character plea for attention, Twitter user @misscasseybaby suggested that Swaggy's plight could be the basis for a reality show. So with that, we'd like to propose the greatest television show of all time...

"For the Love of Swaggy"

The premise is simple: Similar to previous VH1 train wrecks reality shows such as "Flavor of Love", "Rock of Love" and "For the Love of Ray J", the goal of "For the Love of Swaggy" (alternate title: #ShowYaLuv) would be to assemble a group of gold-diggers aspiring models desperate for air time women who would compete for Swaggy P's affection.

The challenges will be varied ("organize the Jordans in Nick's closet by year", "do something to Lavoy Allen to make him visibly upset", "pick out the most swaggiest outfit for Nick to wear on the team plane", "win a game of HORSE by only taking off-balance, fadeaway 3s"), and each morning, the girls would receive their instructions via a text message from Doug Collins.

At some point in the "competition", the remaining finalists would have to eat a spoonful of cinnamon and convince JaVale McGee that they deserve the right to become Mrs. Swaggy (or Mrs. P - I'm not sure what the proper designation is).

There's only one hitch, however. At the end of each episode on these types of shows, the protagonist typically gives something to the remaining contestants to signify that they won't be sent home that night. But since Nick doesn't pass all that much, perhaps this is the perfect chance to work Maalik Wayns in the mix.

VH1: Please remit payment for this idea via Paypal (fortheloveofswaggy@libertyballers.com). Thanks.