We'll bring the links, you bring the discussion. Casual Friday open thread discussion fun for everyone!

Welcome to another edition of the Liberty Links Lounge.

It's been a rough couple of games since the exciting season opener win against the Denver Nuggets. Some miscellaneous thoughts before the links:

In 50 seasons, Sixers have made some some terrible coaching hires - philly.com

Hey look the Sixers have some of those!

Nick Young Is Trying to Kill Me - Grantland

You're killing us, Swaggy.

Nick Young with the worst shot attempt ever - SB Nation 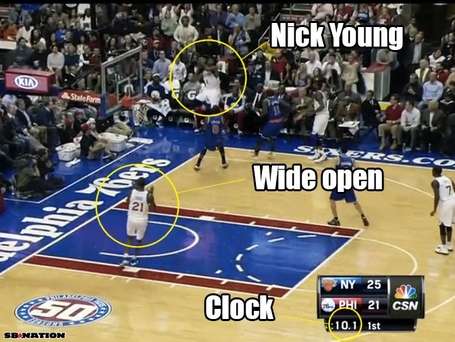 REMINDER - RULES OF THE THREAD: As long as you keep it clean (no cursing and please remember to bathe before threading) and avoid touchy subjects like religion/politics/etc, it's fair game. It's your thread - use it as you see fit.