When you build a team-centric community, it's only natural that some of the townspeople will have a few biases and infatuations. The category of "Best Obsession" goes out to the users who harp on the same person over and over, to the delight of some and the chagrin of others. Obsessions can be hilarious, frustrating, or the basis for a bad movie with Beyonce and Ali Larter.

Here are your Dong nominees for Liberty Ballers' Best Obsession:

Ricko has been spitting fire about the lack of playing time for Mo Speezy since last season. If you see a page long comment, you can be sure it's Ricko talking about Speights. It doesn't matter if the conversation is about Andre Iguodala as a point forward -- my man Ricko will be lambasting Collins for failing to play Mo. He'll go from claims like (paraphrasing) Speights would make this team a contender to Speights would average 20 and 10 and be a top 5 center in the league if he got the minutes. Whether Doug Collins is "an ass" or not, it's clear that Ricko is a frontrunner for the Dong for Best Obsession.

Hit the jump for a writeup on the other nominees.

While a majority of the nation of basketball fans believes Andre Iguodala is undeserving of his $80 million contract, no one embodies that belief like our own LeQuan Glover. LQG spits on Andre's versatility, scoffs at his defensive abilities, and sneers at his unselfishness. All that matters to him is the occasional fadeaway jumper and his tendency to complain to the officials. He doesn't score 20 points per game and he's only as good as Trevor Ariza, but he's another high-profile nominee for this Dong Award.

Although it's strange to nominate myself for this award, I'm confident I can do this hatred justice. (cue third person) Levin puts winning on the back burner if it's at the expense of watching Lou make shots. He ignores the fact that Lou is the best pure scorer on the team and focuses instead on the myriad of iso opportunities, astronomically high usage rate, and bombs away early in the shot clock. He'd rather Doug Overton come out of retirement to back up Jrue Holiday. Levin's so flaunting with his animosity that he has created (with the help of dweebowitz) a color-coordinated Hate Index to gauge his disgust with The Boss on a game-by-game basis. There's no question this obsession is worthy of a Dong nomination.

On the flip side, there's nobody who has the Boss's back like LW4MVP. He exploded on the LB scene before the 2011 season claiming if Lou was a starter he would be the league's most valuable player. MVP boasts the Boss's proficiency for taking over the game, while conveniently forgetting how often his ill-advised shots disrupt the flow of the offense and slow down the development of Jrue Holiday. He'd rather Lou and Jrue be on the court at the same time because defense, frankly, is overrated. When the MVP is announced, we know his vote -- but will he win the Dong for Best Obsession? 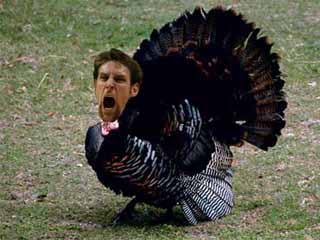 The winner of the 2011 Liberty Ballers Dong Award for Best Obsession is.....