Though actual winter may be here for those of you still in the Northeast (HA) and though the Stark's and Lannister's don't reconvene on HBO until April, the winter of the NBA's discontent has come and gone after 149 days of cold, wet negotiations. Reporters are being let back into facilities, players are trying their old jerseys on again - this is the great exhale after the scrotum-clenching months of angst and ignorance.

How do we know basketball is officially here? Louis Williams, the only Sixer who is currently at PCOM, is speaking to reporters! Picture from Kate Fagan... 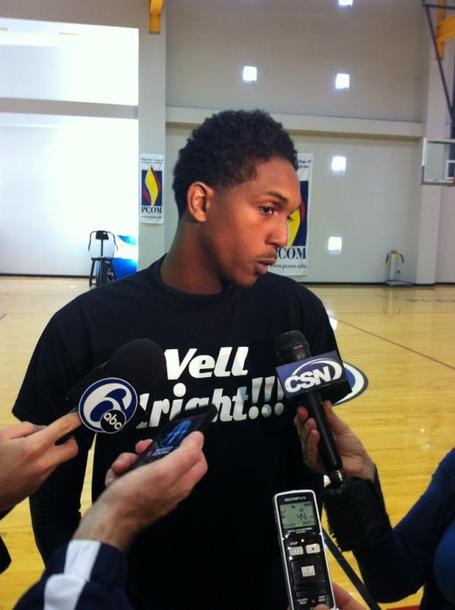 That is quite the face from tha BOSS. What do you think he's saying? Seems like he's in the middle of a W-- or a "oo", something to make his lips pucker. Possibly even Sideways Blue Steel? Let's take a few guesses.

@spencerhawes00
Headed back to the gym for the 2nd workout with @JCrossover @CHILLCONROY and #Broy.