Share All sharing options for: Spencer Hawes: The New Face of Luggage

Though the Sixers should be suiting up against the Raptors in less than ten hours, they are not, and are forced to find other things to do with their time. While some have spurned the NBA for foreign waters, Sixers center Spencer Hawes has carved out a bit of his time to become the new face of Forza by Heys Luggage! Exciting news, huh?!

In an email sent to me by the Heys Social Media Coordinator, I learned that not only does Spencer donate his face to carry-ons, but also donate his time to the Miami Children's Hospital Foundation. He got to make a red carpet appearance at the 2011 Diamond Ball Gala (!) on behalf of Heys USA and with the Director of Marketing, who has perfectly mastered the Red Carpet Pose n' Smile. More than can be said for Mr. Hawes, who, as evidenced by the uneasy hand placement, looks as if he's not sure if he's on a date. Apparently Heys is very involved in philanthropy in the South Florida area and though Spencer has, to my knowledge, no ties to the Southeastern US of A, the big man went to Miami and snapped some pics with the kids from the Hospital. Good on ya, Spence.

My favorite picture is the one above, where Spencer gets in character as the rebellious but well-dressed TSA agent that, instead of taking your bags to security, has decided to play basketball on top of them. Any chance we can see more Sixers in ads before the season is finally upon us? I'm pining for a Marreese Speights spot for Sleepy's Mattress Giant or Jodie Meeks running one for Bemis Toilet Seats. Quick - before the season starts!

See more Hawesome pictures after the jump.. Click to enlarge and give me some of your best captions. 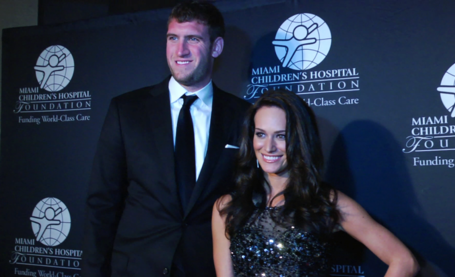 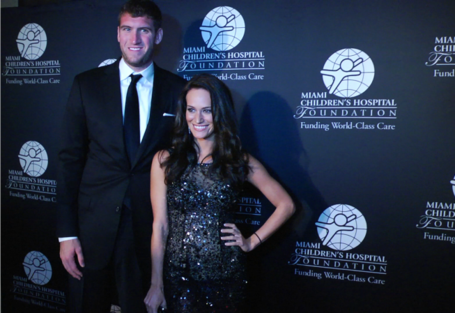 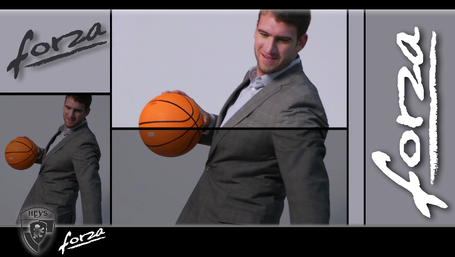