It's time to check up on the five (plus Jared Sullinger) college basketball prospects I envision being realistic options for the Sixers in this year's draft, given both need and draft position.

Here's a link via statsheet.com of all six prospects stats in a side-by-side comparison. My two favorite guys – Jordan Hamilton from Texas and Kenneth Faried from Moorehead State – continue to do what they do well, shoot and rebound, respectively. Hamilton is averaging 20 points per game with percentages of .458/.412/.736, and an offensive rating of 121. Faried is averaging 19 points, 14 rebounds, and 2 blocks, is first in the nation in DEB%, and fourth in OREB%.

Two nifty charts – also via statsheet.com – after the jump. 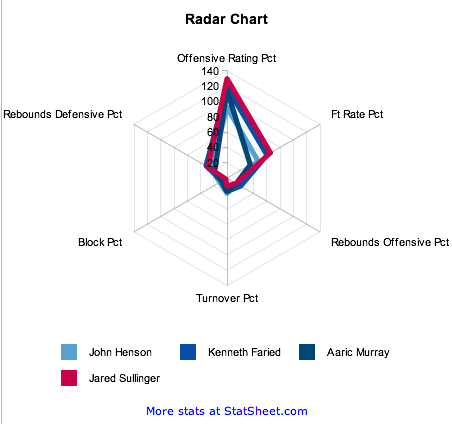 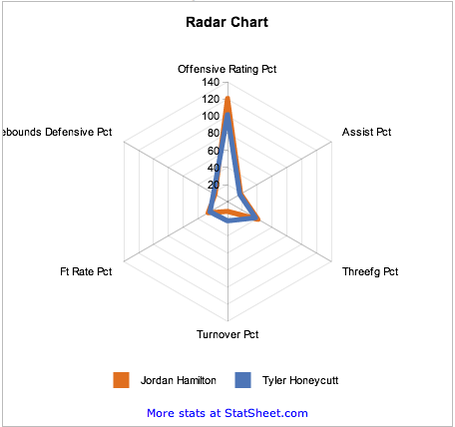