As many of you may have realized, I am an overly obsessed LOST fan.  Since September 22, 2004, I've been mesmerized by the secrets of the island and the relationships the characters built while there.  Now one might be asking, "Excuse me numb-nuts, this is a Sixers blog where I come to get the best coverage available on the best team of all time.  And that's the Jruth."

Yes I am aware of the fact (or fiction?) that this site covers the 76ers (I know, I'm a genius).  News has been on the slow end the past couple of days as we await the Playoffs to end and for the NBA Draft to start.  Every now and then it helps to not worry about what Evan Turner's max vert was, what Doug Collins will do with the second pick, or when Willie Green will receive his first MVP trophy.

While I was contemplating what the final episode of LOST meant and how I would go on without it (I'm still working on this), an idea sparked in my head.  What if the Philadelphia 76ers were the passengers of Oceanic 815 or original island inhabitants?  Which players on the roster would be identifiable with the castaways?  Find out after the jump.

*Spoiler Alert*  If you have not seen the end of LOST or haven't even watched an episode yet and plan on doing so, don't read this article if you want to go through the series with a blank slate.

Editors Note: TAFKAMB does not approve the following message.  Nobody cares what TAFKAMB thinks.

While many arguments can be made as to which players on the Sixers relate directly to characters on one of the greatest television programs of all-time (The Wire wins that title for me though), these are the similarities I think are the most relevant.  Please, if you think of better relationships or even ones that I didn't even touch, post them in the comments as I would love to discuss them.  Ohletsdoit! 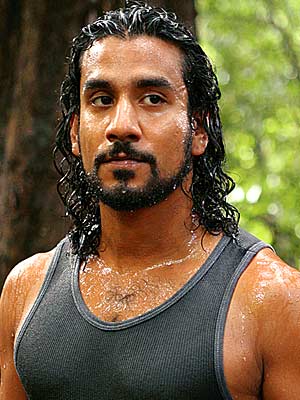 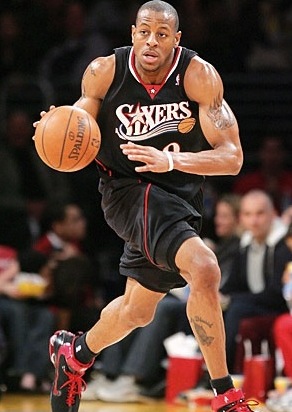 One word comes to mind when I think of Sayid: badass.  If you messed with Sayid (or Spike I guess), chances are you had some sort of death wish.  While Andre might not be on this same level of toughness (Eddie says he lacks killer instinct - which Sayid definitely does not), he is underrated by the masses.  Many of us here at Biberty Lallers are aware of Andre's all-star talent, well-rounded game, and excellent defensive capabilities; but because he doesn't light up the points section of the boxscore people claim he's overpaid.

The same goes for Sayid.  Having one of the more interesting backgrounds on the show, Sayid never got the amount of love/attention from the writers and the fans.  It even got to the point where in the final season, Sayid wasn't even Sayid anymore; instead becomming a soul-less being wandering around with pseudo-Locke. He had much more to offer the show that the writers never got time to give the audience; much like Andre.  Andre is 26 years old and with the state of the franchise now, will the Sixers ever be competitive enough to ride Andre's prime to a possible championship?  It is not looking too promising now and Andre's prime may be wasted on reveling in mediocrity.

The best similarities, however, are the jaw dropping moments they both create.  Iguodala gets on the fast break and becomes arguably the best transition dunker in the entire league.  As Sixers fans, we've seen it all from Andre and are still amazed when he throws 'em down on the break.  Now Sayid creates those moments but with extremely different circumstances.  The highlight moment from Sayid: the Season 3 finale when he broke a nemesis' neck while handcuffed. 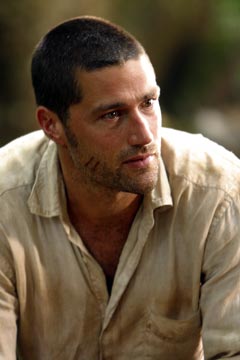 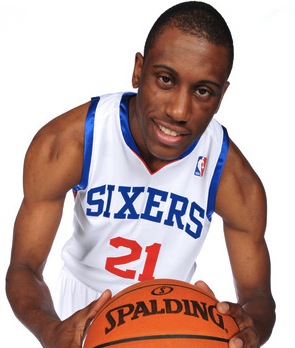 Jack's role at the beginning of the series was this important doctor that had great things coming his way as the lead character.  He was on pace to be the most important castaway on the entire island.  Then season 3 happened.  Jack became a whiny character, always ending up being on the wrong side of decision making.  Hey, I got an idea, let's call the freighter so they all take us off the island!  O wait, they're going to try to kill us all?  Nuts!  Now, how does this relate to Thad?

Thad had a very impressive rookie season, averaging 8 points on 54% shooting in 21 minutes of play.  His second year is when he really got Sixers fans' hopes up.  The last month of the season he was consistently putting up 20 points while grabbing 7 rebounds.  Then, the injury happened.  Ever since that injury, whether you want to blame it on Eddie's system or Thad hitting a wall, we have not gotten what was expected.  Whether he proves to be as important as first hoped for remains to be seen.

Jack ended up redeeming himself in the end, being that important figure the writers built him up to be the first couple seasons.  Hopefully, now that I've compared Jack to Thaddeus, the stalled career of Thad will end up being what was hoped for during his first two campaigns. 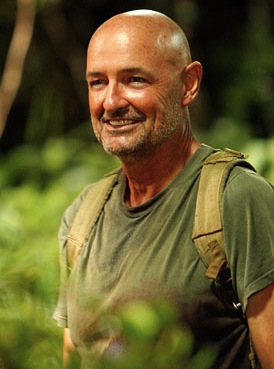 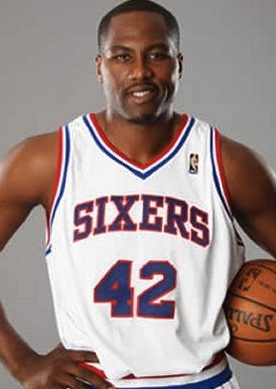 When EB signed his monstrous contract two summers ago, things were looking up for this franchise.  We had young, athletic wings, a veteran point guard, and now an all-star caliber low-post presence.  How wrong we all were.  Elton suffered a season ending shoulder injury and has not brought his game back to what Sixers fans have been hoping for since he became part of the franchise.

Johnny Locke is eerily similar to this.  Throughout the entire series we were told that Locke was this special being who was going to do great things.  Richard Alpert was following Locke since he was a child in hopes he would discover what this special thing was.  Little did we know, we were being played by the smoke monster.  Locke was never truly important (although his faith came through at the end) and as Jack from "The LOST Podcast with Jay and Jack" has said a countless amount of times this past year, he's just "dead on the beach."  Will Elton's career suffer the same fate by having his career as a Sixer being equivalent to being dead on the beach?  Only time will tell but with three years left of that enormous contract, there is a lot to live up to which probably will not occur. 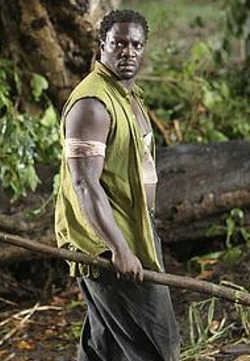 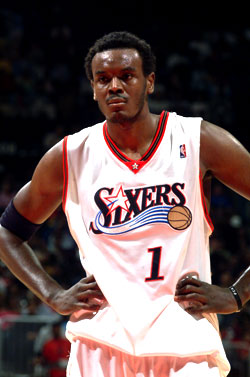 Yes it is just coincidence that these two share similar physical qualities.  Coming into the league, Sammy was seen as a project.  He had the length and athleticism to be an excellent defender and rebounder which, by most part, he has developed into (maybe not excellent but definitely above average).  His offensive game, or lack thereof, never developed into anything consistent.  His decision making can be so bad that even Sarah Palin doubts his intelligence.  There is always that question of what if? when it comes to Sam.  What if he could be at least an average player on the offensive end?  What if he wasn't dumber than a box of rocks?

The same goes for Mr. Eko; the what-if scenario surrounds his character.  What if Adewale Akinnuoye-Agbaje actually wanted to say in Hawaii?  He had great things coming his way if he stayed on the show.  His character was among one of the most interesting during Season 2 before he was so brutally beaten by the smoke monster early on in Season 3.  There was so much potential within that character that could have been great for the series, but we'll never know where Mr. Eko could have taken us (I was hoping it would be DisneyWorld or maybe Barney's Bowl-o-Rama). 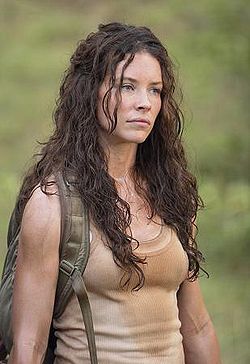 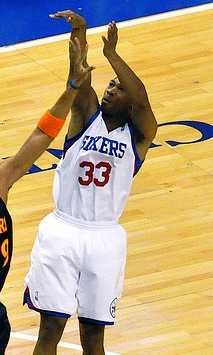 Let's get the obvious out of the way; Kate is hot, Willie is not.  There, boom, I said it.  But we can relate Willie's play to the goodlookingness (I made it one word, sue me) of Kate.  We've all see Wittle Willie do it before and we know he'll do it again.  He is going to have an explosive offensive game at least 3 times a year.  And when Sixers fans first saw this, excitement may or may not have filled their hearts.  Just as predictable as Michael Bay making a horrible film, Willie comes back down to earth and punishes all of us for the next 2 months.

Kate did the same thing to us LOST fans throughout the series.  She started off the series being "Super Kate."  She was shooting bad guys, robbing banks, tracking people through the jungle, and being adventurous in her endeavors.  The rest of the series?  She couldn't make up her mind... ever, she called Aaron "Goober" (unacceptable), and she annoyed the heck out of fans to the point where more fans wanted her killed off than kept on the show.  Willie is our Kate.  While the 25-30 point performances might be sexy, he's still going to frustrate the hell out of us to the point where we would pay to have him off the roster. 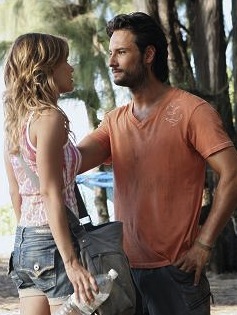 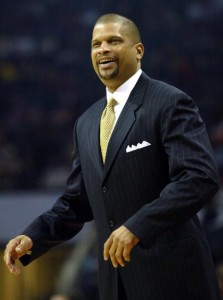 I know, I know; how can Eddie be more than one character from LOST?  Well, you can't mention one without the other that's why.  Eddie was brought in by the organization to bring a system that would be able to allow the Sixers to maximize their potential. HAHAHAHAHAHAHAHAHA!  This little experiment was doomed to fail and was evident about 4 games into the season.  Eddie's philosophies were not fit for this roster and it was clear.  Management sucked it up and realized EJ had to be fired at the end of the season.  Nikki and Paulo were not so fortunate to even stick around that long.

The writers of LOST wanted to bring in new characters to the show while also only concentrating on the groups it had introduced.  They felt the best way would be to do this was to introduce two new castaways that the audience was supposed to believe were there the first two seasons but hiding in the dark somewhere (I guess).  Fans were not too happy (that's putting it nicely) about this decision and the characters were quickly killed off mid-season.  I guess new isn't always a good thing.

Eddie, Nikki, and Paulo; mistakes that vanished almost as quickly as they appeared. 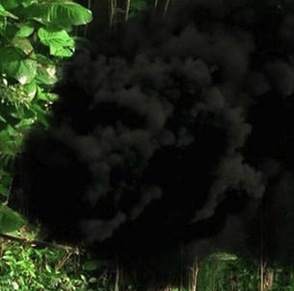 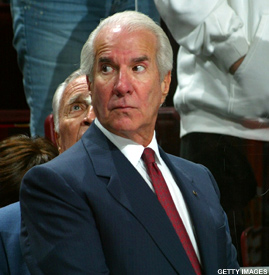 Ed Snider claims to love the 76ers as much as he loves his Flyers.  I call BS and I know all of you do too.  Much like the smoke monster in LOST, Snider promises he will try to make the Sixers as much of a competitive team as he possibly can with his resources.  Clearly this explains the signings of Royal Ivey and everybody's heart-throb Primoz Brezec.  Eventually the smoke monster's true motives and selfishness were exposed and Snider's is right around the corner.  The smoke monster was evil, despite him trying to brainwash the Losties that he was the good guy and Jacob was the bad one.  Maybe, one day, Snider's inferior love for the Sixers will be exposed to the masses and he will let go of his role in the organization.  I just hope on that day, it will not come at the expense of the rest of the team (Smokey eventually was taken down but not before he killed an exuberant amount of people).

So there it is.  7 people within the organization from this past season and how they would be cast if LOST: The Musical ever became a project of the Philadelphia 76ers On-Stage Production Company.  Yes, I'm sure there are plenty of other relationships and similarities that could be made between LOST and the Sixers but, much like Jacob, I will leave that to you to figure out for yourself.  If you have any suggestions or you think I'm an idiot (which is probably the majority of you including my mother) tell me which characters would be a better fit.  See you all in the LOST purgatory.  We can watch DriveShaft all day and drink copious amounts of McCutcheon Whiskey until we end up like Mike Bourn on a typical Saturday evening.