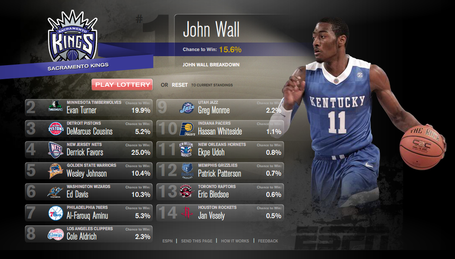 7th pick and Al-Farouq Aminu again. I have a hard time believing Davis will go before Aminu. Who would you guys want if Washington took Aminu instead of Davis? I'd go Davis, Udoh, or Whiteside in that order.

According to DX's rankings, these are the guys who'd be available to the Sixers at 7: Davis, Wes-Jo, Vesely, and Udoh. I'd go Wes Johnson without hesitation.