Last weekend I wrote about five lesser known College Basketball prospects who may fit well with the Sixers. Courtesy of StatSheet.com here is a side-by-side comparison of their stats. I've added Jared Sullinger's stats to the comparison as well.

Much like the occasional comparison of Turner, Cousins, Favors and Johnson I'll be updating posting statistical updates on these five players + Sullinger throughout the college season. I have a feeling that one of these guys will be wearing the Sixers red, white and blue next season.

Make the jump for two cool charts via Stat Sheet. 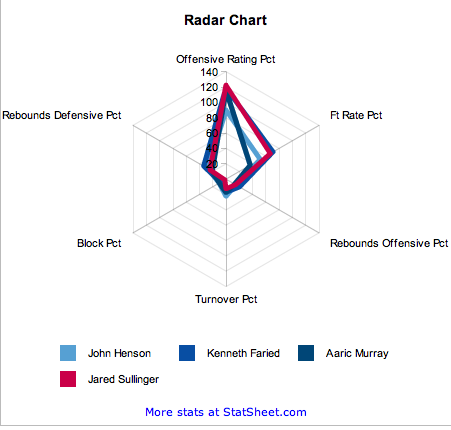 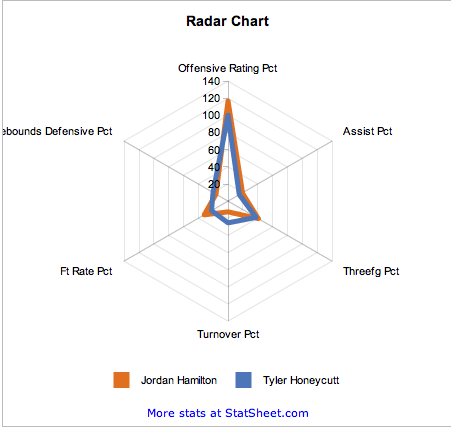