Andre Iguodala on The Skullcandy Crew with Other Fly Gentlemen

Share All sharing options for: Andre Iguodala on The Skullcandy Crew with Other Fly Gentlemen

If you're not an audio person or you don't enjoy eating sugary snacks out of people's craniums, then you may not be familiar with Skullcandy. It's a relatively new company originally from Utah (now TCB'n in the OC) that makes headphones, mp3 players, and other audio gadgetry that is like "candy" for your "skull"(s). They've done things like X-Games and Vans Warped Tour (Warped Tour! Duuuuude!) over the past few years and they've finally ventured into mainstream, hooking up with a few professional basketball players with a penchant for deep thought and high-quality audio listening.

Joining Andre Iguodala on The Sk'rew (that's what I think they should call it) will be Oklahoma City's Kevin Durant and James Harden (beard=hipster=profit!), Chicago's Derrick Rose, and Utah's own Deron Williams. Aside from all being young and talented basketball players, these five also have something else in common -- they all have "d's" in their name! More from the less important but still official press release:

Skullcandy will be actively supporting charity events with each Crew member and will have exclusive access to behind the scenes action starring our NBA Crew. Whether it's taking over the Skullcandy Twitter account, hanging backstage at concerts, or dropping beats with the Roc Nation family, the Skullcandy Crew will give you the courtside view into the life of some real ballers.

It makes me want to listen to music all day! Video be damned!

Picture and rock music after the jump though seriously. 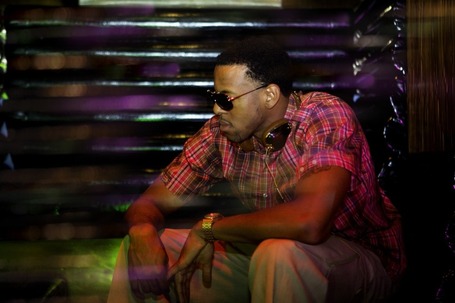 Deron Williams in a honeycomb. 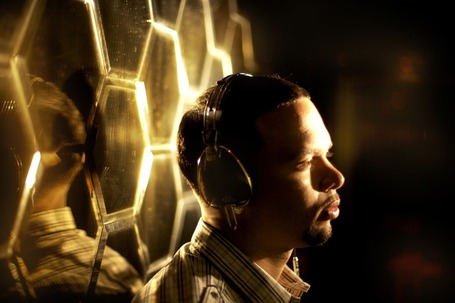 Kevin Durant in a Tron commercial. 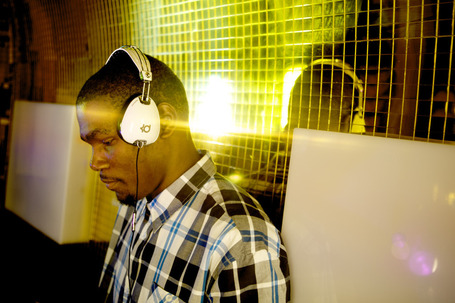 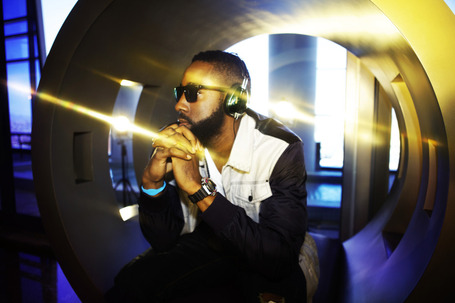 Here's Dre's interview. I can't wait for the rap album.

With the NBA 2k11 campaigns, slapping Evan Turner with Johnson and Johnson baby powder, and appearing on Fox to talk about money, Andre Iguodala is fashioning himself quite a lifestyle. I'm waiting for the first edition of "The Andre's" - "He don't wanna play no defense. He too cute."