Share All sharing options for: A Big Win? We'll see. 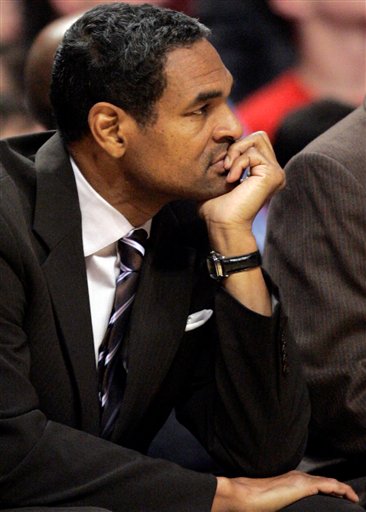 Thanks for playing Speights!

I'm not getting too excited yet.

The Sixers battled tonight. They went into Chicago and played an ugly game against Derrick Rose and the Bulls. This is the type of game where most people would say "It's a season-changing victory!". It very well could be, but I'm going to wait until tomorrow and some of the upcoming games before proclaiming anything. The Sixers had one or two of these games earlier this season and I thought they were about to turn things around. It didn't happen either time, after the big win in Toronto or the comeback win against Indiana. If this game is going to be considered a "season changer", they are going to have to build on it, starting tomorrow night against the Lakers.

-Andre Iguodala scored a season-high 25. He looked like the Iggy of old for the the first time all year. He took some questionable shots down the stretch, but ended up playing a very solid game. I'll take 25-9-5 from him every night.

-Speights played 26 minutes. Sam played 12, Theo played 9 and Reggie played zero. Good move Mo! Speights contributed with 11 points and 8 rebounds and the team was +11 with him on the floor. This is the biggest storyline of the game in my eyes.

-Andre Miller was clutch down the stretch, but 26 shots? I'll let it slide tonight, but I hate when he takes that many shots.

-Elton Brand continues to play quality basketball. With each and every game he looks more and more like his old self.

-The crunch-time lineup was Miller, Green, Iggy, Brand and Speights. I don't like Willie Green, but the team was +15 with him on the court--no thanks to him, but the lineup worked, so let's see it more often.

Player of the Game: Iguodala and Cheeks for his lineup changes.