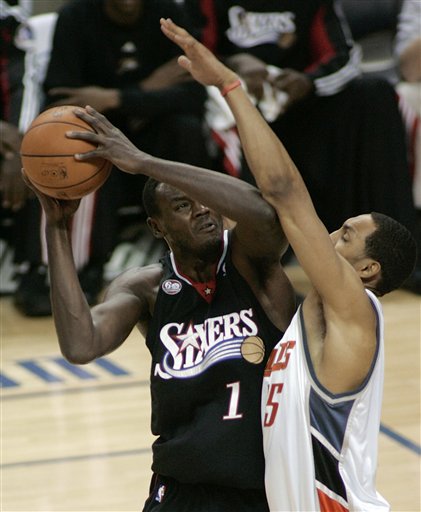 This loss hurts. The Bobcats flat out out-played the Sixers tonight. Chalk it up as another road loss to a bad team. These are the types of losses that cannot happen on a consistent basis for legitimate contenders. Right now the Sixers aren't a contender. Although they've won 5 of 7, they are not playing quality basketball at all.

The storylines were the same tonight as they have been all season.

-When the second unit comes in the team struggles.

-Lack of perimeter defense and shooting.

The Bobcats deserved to win tonight and the Sixers didn't. It's as simple as that. D.J. Augustin is really good. Him and Felton destroyed Philly tonight. The Sixers now sit at 7-7 and limp into a tough two week stretch, which includes games with the Pistons, Lakers, Magic, Celtics and two against King James. The basketball they've been playing lately isn't going to cut it against those guys.

Player of the Game: Andre Iguodala